What a Year at Home Taught Me 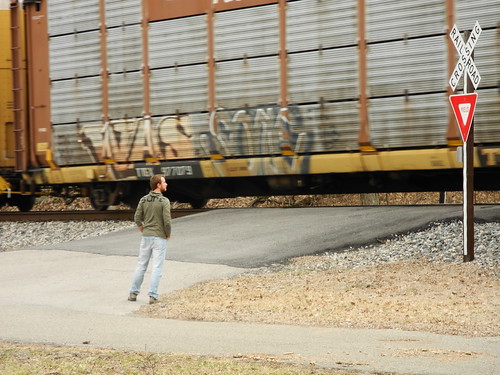 Around this time last year, just after surviving Typhoon Haiyan, I was getting my ass kicked by airline officials in both Manila and Saudi Arabia. Not this year.

For the first time since I began traveling in 2006, my passport wasn’t mercilessly pounded by angry officials. Both it and I are still surprised, but then again, I actually needed to take a step off the road. Too much time in the woods can do both wonderful and strange things to a man.

The year began in a special way. Weeks later, an immediate loved one was diagnosed with cancer and a fight for vision. The prayers worked, and for the third time cancer was beaten back. In more ways than one, I learned what real love is all about this year.

But I did manage to chew some adventure out of 2014 anyway. The year was anything but a loss. The rare time at home was invested in memories, friendships, reunions, and lots of being cold voluntarily for some reason.

Complete and total saturation in this world are needed to thrive. Just dip your soul till it’s soggy, wring it onto the dirty pavement, then soak it once more. An electrical renaissance of nerve endings is required. Yank down filters like yellow-stained curtains and let the light come through. Whether powdery or prickly, take everything in the raw. See it for what it truly is. Don’t pick and choose. Become a polymath. Become alive. 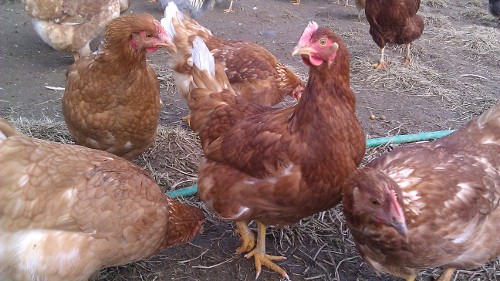 Weeks spent over several trips to an organic farm in Western Kentucky taught me a lot about working in the cold, how to wrangle chickens, that chickens snore, and how efficient a motivated cat can be for cleaning up mouse infestations. We daringly rescued that same tough-to-kill cat later from a shelter after she had been dropped off. I even spent two days stalking a rogue coyote; thankfully she decided to go get her free feathery lunches elsewhere before I had to pull the trigger.

For some reason I even ran through downtown Louisville in a Derby dress. The going got weird, but as Hunter S. said, “when the going gets weird, the weird turn pro.”

Driving Through the West 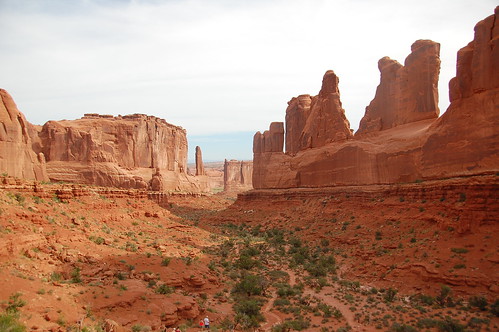 Foreign countries may have been hard to topple this year, but states certainly fell in abundance. In fact, I machinegunned 11 of them in only 11 days with my family. A 4,200-mile road trip from Kentucky to Vegas and back that included my first trip to the Grand Canyon. Time and geography teamed against us, however, scenery and family time made up the difference. In the end, we crossed Indiana, Illinois, Missouri, Oklahoma, New Mexico, Texas, Arizona, Nevada, Colorado, Utah, and Kansas in a heavily loaded minivan. 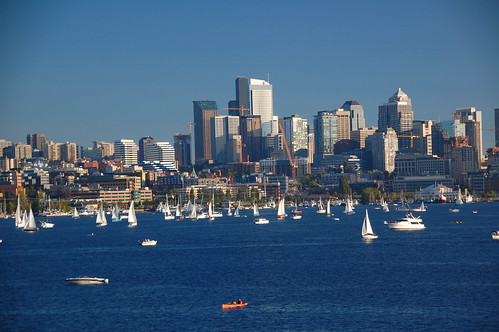 Seattle wrestled Chicago out of the holding for my favorite city in the U.S. Wow…what a place. And forget what you’ve heard: I enjoyed two months of blue skies and snowy peaks in every direction. There’s just something comforting about being near the Pacific Ocean. And Alaska. Fremont was the grooviest neighborhood ever, a weird place where many vagabonds and artists have chosen to call home.

The only thing that could have lured me away from such an impressive city was an even more impressive peak: Mount Rainier. Gasping for air and stumbling through whiteout conditions, I climbed to Camp Muir, the highest point in Washington State that you can reach without technical equipment. I’ll never forget the sound of crampons crunching through glacier ice as Jessica and I braved the weather to pay homage to a peak that’s actually pretty friendly when it’s not trying to kill you. 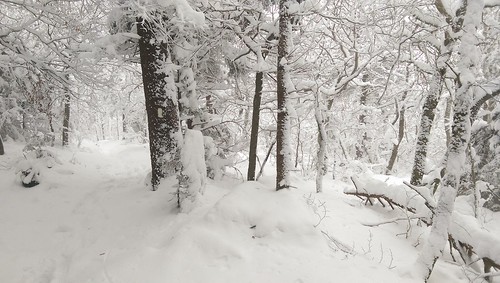 Braving one blizzard this year just wasn’t enough, so I set out with a couple experienced dudes on Halloween weekend to spend three days on the Appalachian Trail atop Mount Rogers, the highest point in Virginia. A winter storm buried us in snow and wrapped icy tentacles around everything in sight. As far as adventures go, this one enters the books as the coldest. If you’ve never slept in pants that were literally frozen to your body, I recommend it at least once. You won’t hear me complaining about cold temperatures for the rest of the winter…this is T-shirt weather.

A Place of My Own 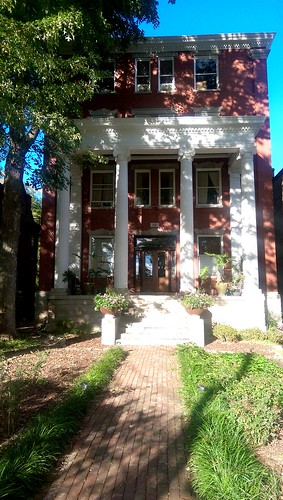 So for the first time in eight years, I enjoyed a place to call my own. I lived in what is essentially a furnished art gallery in a historic building in downtown Lexington. Minutes walking distance from pubs and festivals, I made the most of this place. My landlord, Mike, is a gentle soul, a Buddhist at heart, who did everything within his power to support my vagabonding. I even managed to put a sizable dent in a new book (don’t worry, it’s not a travelogue). My battered backpack has sat in the corner, mostly packed, always ready to be called into duty.

The energy here is good. And I allowed my home city to seduce me even more than I should have. Then again, I’m still willing to trade a gorgeous apartment for a wobbly bamboo bungalow and a few hermit crabs as neighbors. 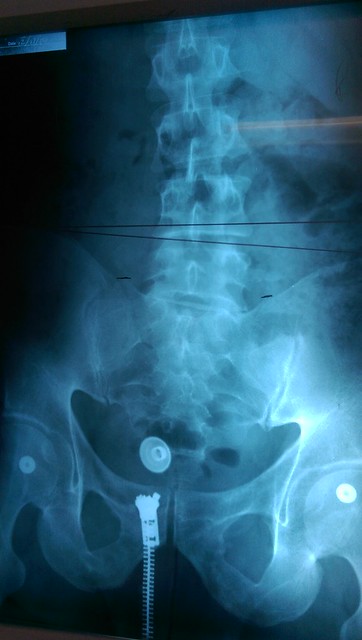 So, with only moments to go before the bell banged the final round of 2014 to a close, the year connected with a sneaky sucker punch. I was doing my stretches and kung fu kicks, happily entertaining the idea that I could hide from my actual numerical age, when an ominous sound rang out. I soon found myself wiggling around on the floor like Jim Morrison on a Saturday night, spewing a steady stream of obscenities in several languages. I even surprised myself.

After limping around for a week like a pirate with termites in his wooden leg, I succumbed to X-rays. Two healthy doses of radiation revealed that I have herniated a disc in my back at L5 – the infamous weak link in an otherwise useful spine. They also revealed plenty of arthritis – no doubt a result of my climbing fall years ago – bone spurs on vertebrae gleefully stabbing nerves, and sclerosis. Karma for making fun of Stephen Hawking’s speaking wheelchair one too many times? The X-rays were a macabre shitshow of problems I didn’t even know that I had. Apparently, my spine sports signs of a violent love affair with adventure.

Lesson learned: non-adventure-based exercise is the devil. Had I sat on the couch and watched others do the dirty work, I’d still be walking tall rather than oozing around with misaligned bones. Luckily, my chiropractor really seems to know his stuff. I’m going to do my best to avoid giving vagabonding funds to a knife-wielding man who needs to make Porsche payments. With a little fortune, I’ll be back in the field looking for creative ways to get hurt again. 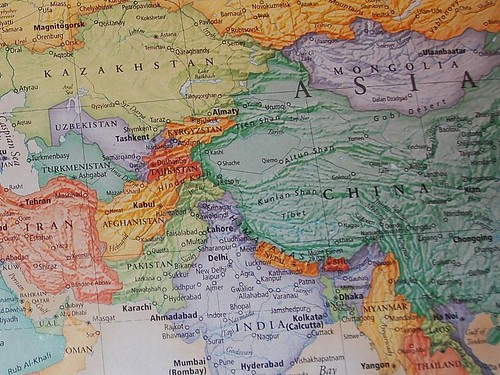 Did the Arabs finally run out of gold-plated things to buy? Or did we finally boot some baby seals out of the way to get to the black, juicy stuff beneath them? I won’t feign any knowledge of economics, but I’m happy to see gas prices at a five-year low. Those planes that carry me across the Pacific really drink the stuff up. And since fuel costs are a third of an airline’s operating costs, fingers crossed that ticket prices take a dip. There’s a cramped seat pointed toward Asia with my name on it.

If there’s one thing that a year at home has taught me, it’s that ripping a motorbike through the jungle of some sunny island is the best cure for whatever ails you. 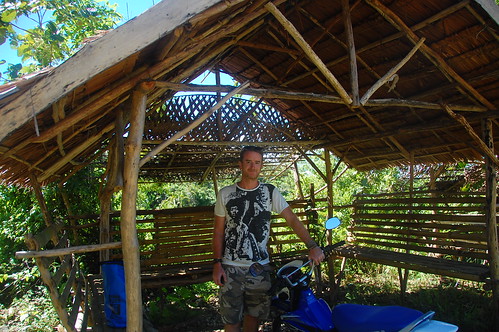 Previous Post: Mount Rogers, Virginia: The Art of Being Cold
Next Up: Dude, Where’s My Passport?!