Vagabonding Influences: 10 People Who Put Me on the Road

Today, a break from the travel norm. I want to thank all the vagabonding influences in my life, particularly these special people.

I’m not a fan of the ubiquitous top-10 lists that spring up like weeds on every travel blog, but this one — long overdue — needs to be written.

A handful of people in this world made me the person I am and got me started on my life of travel. I wouldn’t still be out here on the road had it not been for them.

To add a twist, the numbers are in Chinese finger counting — very useful for understanding numbers when you visit China!

Take it or leave it, I wouldn’t be vagabonding today if it weren’t for these vagabonding influences in my life:

Vagabonding Influences Who Got Me Started

One of the toughest guys I know. From the age of seven, I was accompanying my dad in the woods on deer hunting trips. We froze our butts off together in the mud year after year and somehow he kept his patience while I systematically scared away every animal within a 10-mile proximity.

Dad taught me to love the woods and to respect the land, fish, and animals. He never misses a shot; I certainly wouldn’t want to pick a fight with him. He has honor. He’s also usually on hands and knees picking weeds out of a sizable garden to feed his family natural food.

Also one of the toughest people I know, Mom has survived cancer three times, a two-month stay in the hospital with a burst appendix, and countless other pains that would have put another person down permanently. She is selfless; the type who worries more about inconveniencing people with hospital visits than her own survival.

Mom taught me to be kind, that money isn’t real, and has probably kept me out of jail more than once. She’s tried futilely to teach me how to cook on several occasions, but hey, some things are just impossible even for her.

Granny grew up in the mountains, survived cancer when doctors were still using blacksmith’s tools, and could feed 15 people with only 30 minutes of notice. She lived on her own until age 90 and made an art out of defying doctor’s orders.

My grandmother was renown for being able to grow anything. You could bring her a dead stick and it would soon be covered with sprouting green buds. Her house would rival any botanist’s greenhouse, and her backyard was a literal jungle of plants, flowers, and birds.

Year after year my birthday gifts from Granny were giant books that absorbed many of my childhood hours. How to identify birds, North American wildlife, natural medicine cures, Native American medicines, and every other natural subject you can think of.

The IBM Board of Directors

Believe it or not, but at one point in my life, I actually enjoyed my network engineering job. The technical challenges were tough, to say the least. The experienced mentors on my team became like a second family to me. No surprise: I spent more time with them than my own family. I even learned the art of hacking and spent my last year at the company exclusively doing network security.

At some point, reality hit, and it hit hard. IBM began massive layoffs, cut benefits and raises, and even began forced, unpaid overtime for which they later lost a lawsuit and had to compensate the victims of their blatantly illegal scheme. The golden years were over. Meanwhile, despite the company’s continuous claims that times were tough and that the belt had to be tightened, stock prices shot upward and executives got six-figure bonuses.

Had the greedy men sitting behind some long, wooden table just kept their expectations to a digestible level, I may have never researched ways to escape Corporate America to travel (link to my scienceofescape.com site). I may still be sitting in this cubicle waiting for retirement. [shudder]

Thank you, gentlemen, for gassing up your private planes one too many times — you opened my eyes. 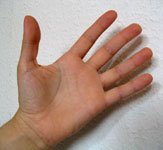 The book Vagabonding by Rolf Potts was fatefully recommended to me by someone within the Bootsnall.com travel community — the place that hosted my first hey-Mom-I’m-still-alive travel blog. The book couldn’t have come at a more opportune time; it provided the spark that ignited years of bottled Fukitol built up inside of me.

The quotes, the mindset, and the message in Vagabonding made me realize that not chasing the American Dream was perfectly acceptable. Thank you, Rolf. 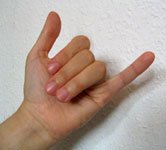 Although I can’t tell you what the acronym stands for (and no, even Google doesn’t know), the adventure buddies of that organization — some of my closest friends — convinced me to join the U.S. Army in 1997. Prior to that we shared countless climbing/caving/camping/fishing/dangerous adventures together.

I learned many valuable travel lessons during my six-year stint as an artillery forward observer (13F). While I’ve never had to call in an air strike on anyone while backpacking — there were times I wished I could — I did learn teamwork, first aid, survival, how to carry ridiculously heavy loads, how to miss a few nights of sleep, and how to not complain on 15-hour bus rides full of stinking people.

Now, most of the SLM guys have managed to settle down and convince good women to reproduce with them. But those men are still one of the few reasons I visit home each December. 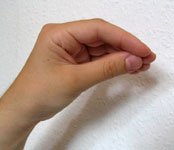 This guy will probably spill coffee on his keyboard if and when he ever reads this.

While saving money and planning my escape in late 2005, I had already purchased a Loney Planet South America and had begun planning my route that started in Patagonia and ended in Costa Rica.

One random, unexpected night at my local pub changed my plans — and my life. I only knew Jason through the Irish pub where he worked. He had just returned from a month in the Thai islands. I listened to him talk about his experience — to this day I can’t remember what he told me! — and something buzzed inside of my head; a switch was flipped.

I went home that night around 3 a.m., put the South America guidebook away, and promptly bought a one-way ticket to Thailand — a country I literally knew nothing about. Just one small example of how a single conversation can change your life. Had I not made the switch to Thailand, I never would have met the people that I met in 2006, and possibly would have never fallen in love with them, Asia, or travel.

Jason later married one of my close friends. Imagine. 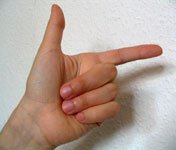 Ok, I may be sucking up a little bit, but if it weren’t for people actually reading this rubbish, I would have never landed my first travel writing and photography gigs, couldn’t sell any advertising on my startbackpacking.com website, and wouldn’t be earning my Thai bucket money by running The New York Times’ GoAsia site.

I’d probably be sitting under a bridge writing this post on scrap paper while I ate beans out of a can.

I’ve got a folder full of emails from kind readers who have stuck with me over the years, and we have formed real-life friendships even. Those encouraging emails always seem to come in on the hard days when the road is kicking my ass — thank you! 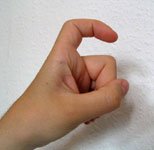 Andrew took a big chance and hired me to blog and photograph in Mexico for one month in 2007. Despite barely surviving a month of partying with 5,000 spring breakers, it turned out to be my first paid assignment, gave me something to put on a CV, and fueled my dream of writing for a living. Andrew also left me unsupervised in a house on Acapulco Bay with a swimming pool.

Shaun was a fearless-yet-laid-back Canadian photographer with a Mohawk who actually showed me how to use my new SLR camera. His on-the-job lessons came in handy later for making a dollar or two to pay for an expensive travel habit! 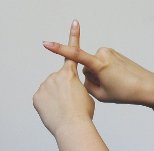 This is really risqué and really not fair. There isn’t enough time to credit everyone, but these old friends made big contributions as vagabonding influences:

OK, I give up. Definitely way too many to mention, so I’m pressing the publish button before I scrap this whole project.