Down and Out in Spain 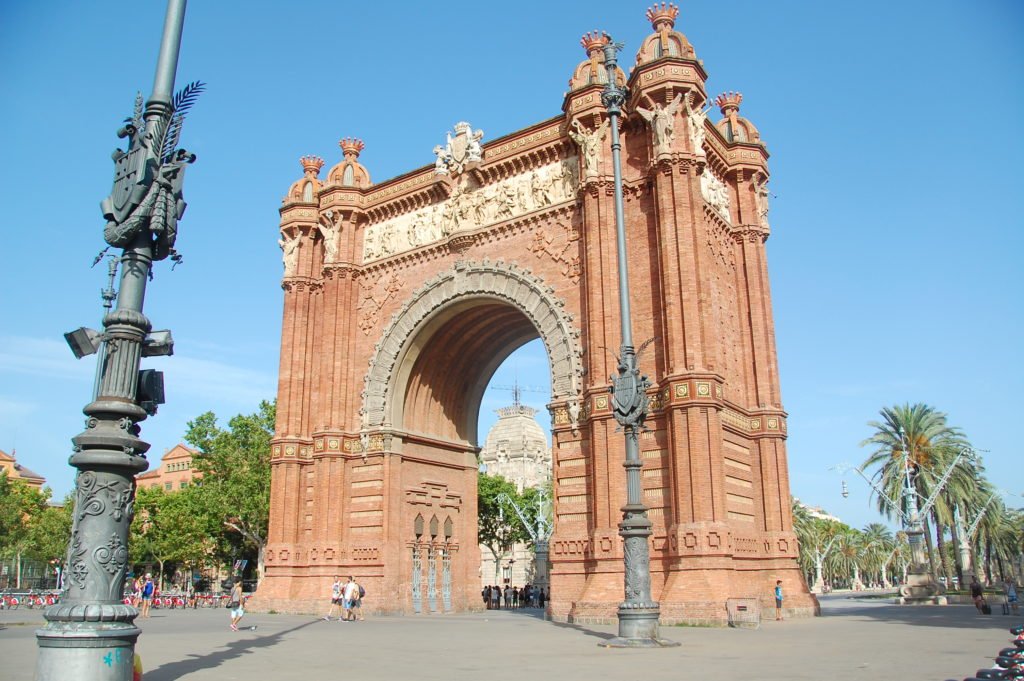 Within certain limits, it is actually true that the less money you have, the less you worry. — George Orwell

Orwell was down and out in Paris and London (Amazon link), something easy to accomplish in two of the world’s most expensive cities. Although I gave London a miss this year, I did find myself enjoying Spain and France for the first time. And even with some advanced vagabonding finagling (e.g., couchsurfing, ridesharing, surviving on bread and cheese, etc) Europe is still an easy place to find yourself down and out financially.

But I was turning 40, quite an achievement to survive that long given some of the adventures over the last decade, so I gifted myself a nice three-week foray through Western Europe.

Completely on accident, I found myself hot on the boozy trail of two of my literary heroes: Orwell and Hemingway.

Eric Blair, better known to us by his pen name, George Orwell, was once posted as an imperial police officer in Pyin Oo Lwin, a cute town just north of Mandalay on the way to Hsipaw in Burma. I blundered around futilely trying to find his low-key residence there this year, out of a sense of literary duty, if nothing else.

I later learned the regime in Burma and the U.S. both have something in common: neither are too keen on his most famous work, Nineteen Eighty-Four. I had to read the book in school, but then again, that’s back when Wednesdays were Woolly Mammoth day in the cafeteria. Since then, this delightfully dystopian work that changed my life has been challenged and removed from the U.S. school system. Thought Police, anyone?

Rolf Potts, another literary hero of mine and author of the book Vagabonding, consequently chose a cafe in Paris for our sit-down that happened to be within eyesight of one of Hemingway’s residences. The perfect place for two lifelong devotees to sit and discuss the vagabonding lifestyle. Where did Hemingway not stumble home over his booze-shortened 61 years? I keep accidentally gravitating toward his homes — and bars — spread from Pamplona and Paris to Chicago and Florida.

But without further ado, here’s what happens when you swap Asia for Europe. 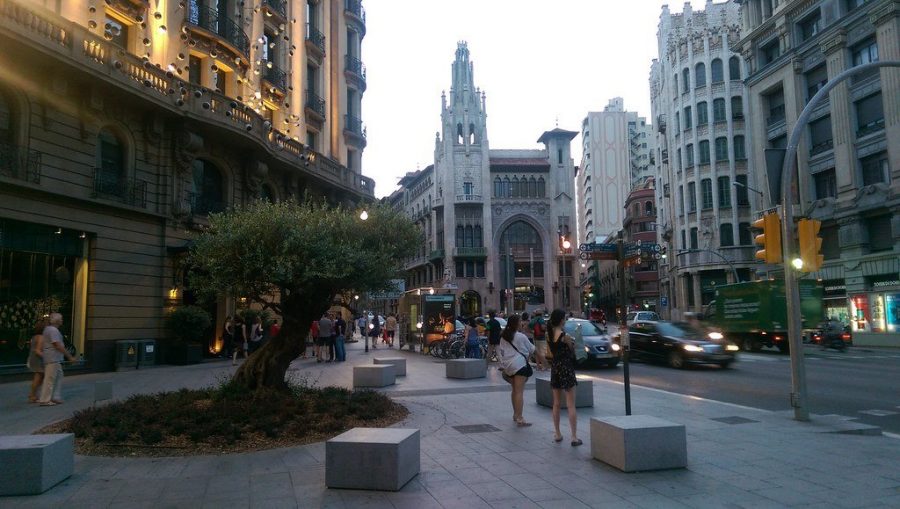 Leaving Bangkok for Barcelona was a strange endeavor. Would they have noodles and street dogs? Would I miss the sputtering racket of tuk-tuks? These questions were on my mind during my Ramadan overnight on the airport floor in Amman, Jordan. The following day, I found myself in Europe for the first time since 2011.

Why was I was nervous?

Sadly, I now speak more Thai than I do Spanish, but even with this handicap, Spain was everything I hoped from a country that just exited economic bailout status in 2014. Nearly one out of three people here are unemployed, but then again, they’re still in far less debt than us nose-grinding Americans. They also seem to have a lot more fun. Spain ranks eighth in the world for life expectancy; compare that to the United States’ rank of 40th.

Barcelona is alive. Buzzing. Beautiful. I could have bummed around the Arc de Triomf all day, and I pretty much did so while waiting for my host to finish work. One good thing about vagabonding for so many years is that the sticky tentacles of my travel network reach around the globe — thanks Adam, Marta, Oudi, Ted, and Nikki!

I met with Nikki, editor of Southeast Asia Backpacker magazine, for a carnivorous lunch of carpaccio (raw beef in this instance), then we walked and talked aimlessly for miles. Inexplicably, our walk ended at a clothing-optional beach [don’t worry: the link is for the clothed section] littered with leathery people I’d rather not see nude. Why, Nikki, why? 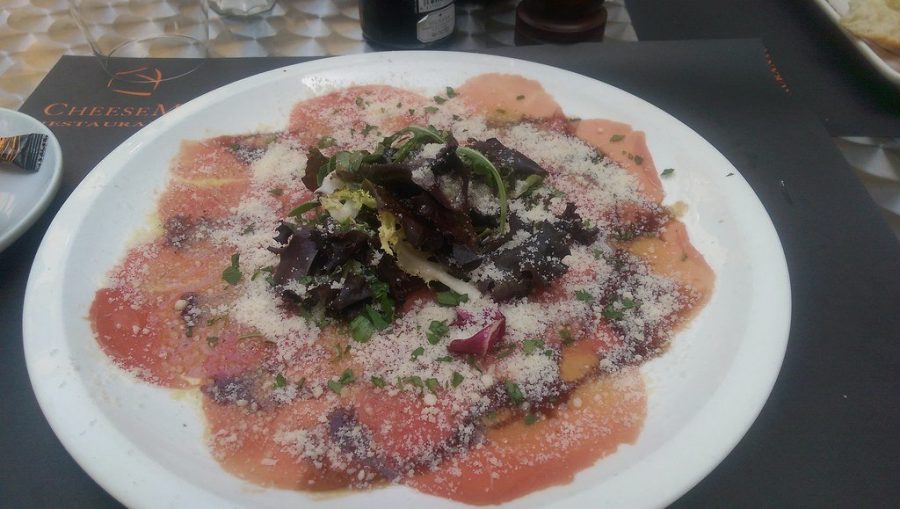 Seattle’s neighborhood of Fremont may claim the hipster center of the universe, but Barcelona was hardcore. Hip-hop dance groups, rollerbladers with bottles of wine in hand, impossibly beautiful women in heels managing to ride bikes, dogs pulling people on skateboards — a whirl of life. People in Barcelona have an inner fire; the air sizzles with energetic activity. Not the buzz of productivity you feel in big cities where people want to make and spend money as quickly as possible. No, these people are having fun, and they’ve got great weather to do so. After all, per local friends, this wasn’t Spain — I was in Catalunya. 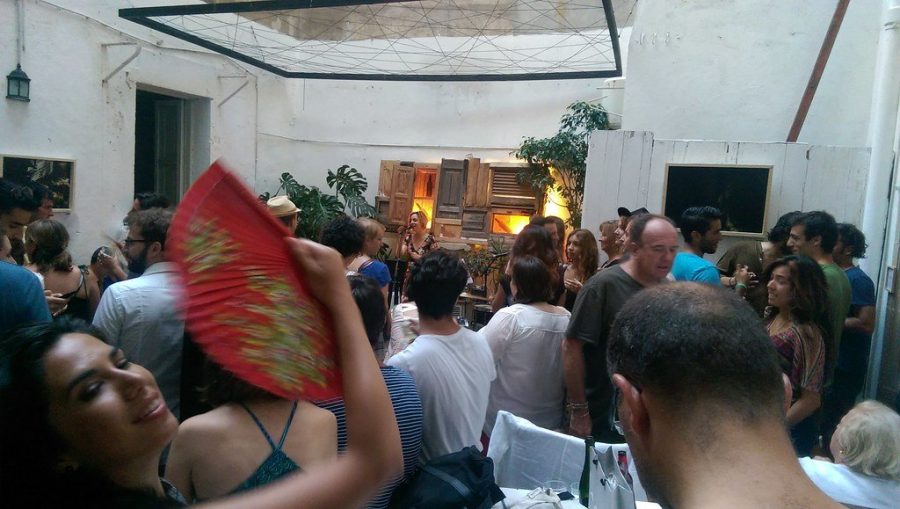 If you want to eat and drink your way around Barcelona in a short amount of time, you need a chef. I had exactly that, and he knew where to find the culinary underbelly of the city. Eateries in brick alleyways that even Google couldn’t find again. We ate tapas, pinchos, kilos of queso, cuttlefish, squid, sardines, cured ham, and every other sea or land creature unfortunate enough to end up in front of us. My only regret is that I ran out of time and stomach capacity. Maybe I shouldn’t have been so hard on my Laotian parasites before coming to Spain — I could have used their help.

A personal highlight was ending up in the 215-year-old Bar Marsella around 2 a.m. Woody Allen shot some of his flick Vicky Cristina in there. Even better, Picaso and Hemingway are rumored to have brooded over strong drinks at the bar. The cobwebs were heavy enough to pull the ancient chandeliers down, bowing the ceiling. Filthy black bottles of noxious mysteries adorned shelves. The carpet was stained and torn by the shoes of countless pimps, prostitutes, and tortured artists. My sort of place. Even if you didn’t brave the house absinthe on tap, the mold levels alone would surely slaughter braincells faster than you could get out. 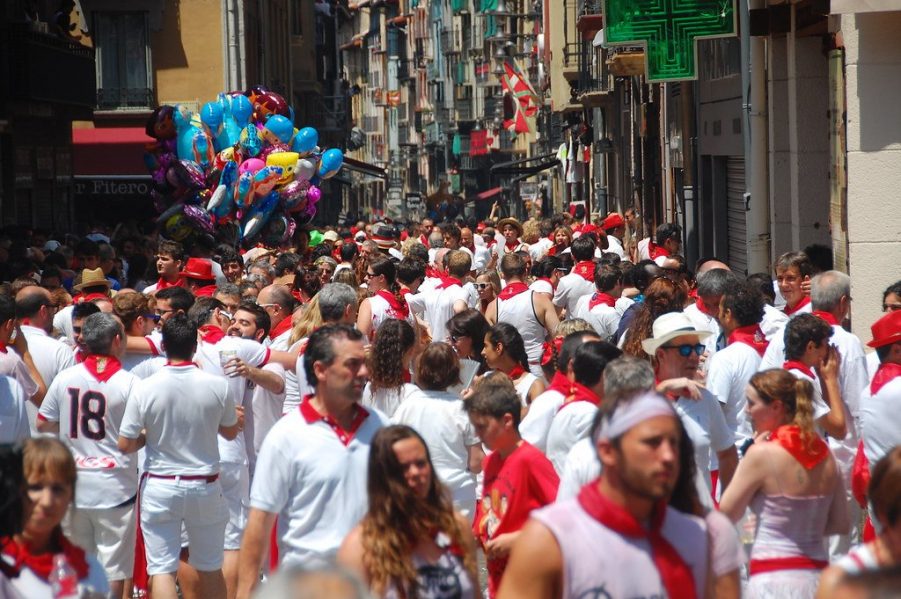 I’m sure Pamplona is a pleasant little Basque town when a million drunken tourists aren’t on the attack during San Fermin. Regardless, I dove into the madness headfirst, eyes stinging with sprayed sangria, and did my first ever running of the bulls on July 7 — the opening day.

My hands still start to sweat when I think about that sleepless night before the run. And my potentially cracked ribs still hurt. The horns never found their mark, but note to self: irritated bulls unexpectedly entering a bullring full of jittery runners is a recipe for chaos.

Turning 40 never felt so good, and I managed to cross off the top entry on my list of life challenges! 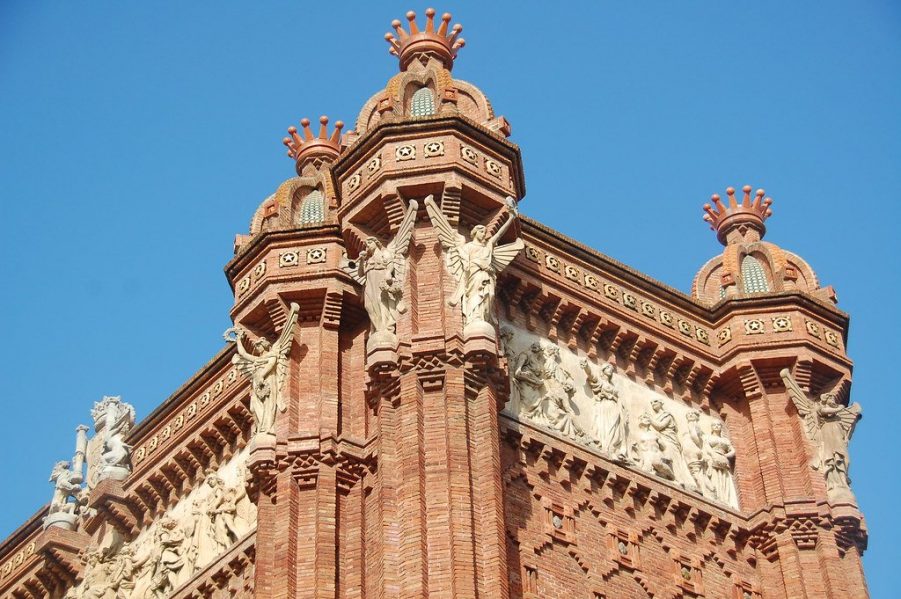 I sat on the bus to Madrid next to a guy who had broken his toe on the bull run. Like so many other injuries, his was never reported. Between pain-numbing sips of sangria from a plastic bottle, he gingerly removed his shoe and proudly showed me the obscene, new angle his big toe was pointing.

I had one night in Salvador Dali’s old stomping ground, what can I say? After one last tapas run, it was spent balled up on the top bunk of a hostel bed while a tribe of shirtless American douchebags below me compared notes about exploits with Spanish hookers. My flight to Paris was at 6 a.m., and the airport was a 45-minute navigation course through the tangled mess that is Madrid’s metro. Sweet revenge was mine the next morning as I packed noisily; the air reeked of Spanish hangover.

Spain certainly merits a return visit. Returning to give the bulls in Pamplona another chance to poke me with something sharp is debatable; we’ll see next year. 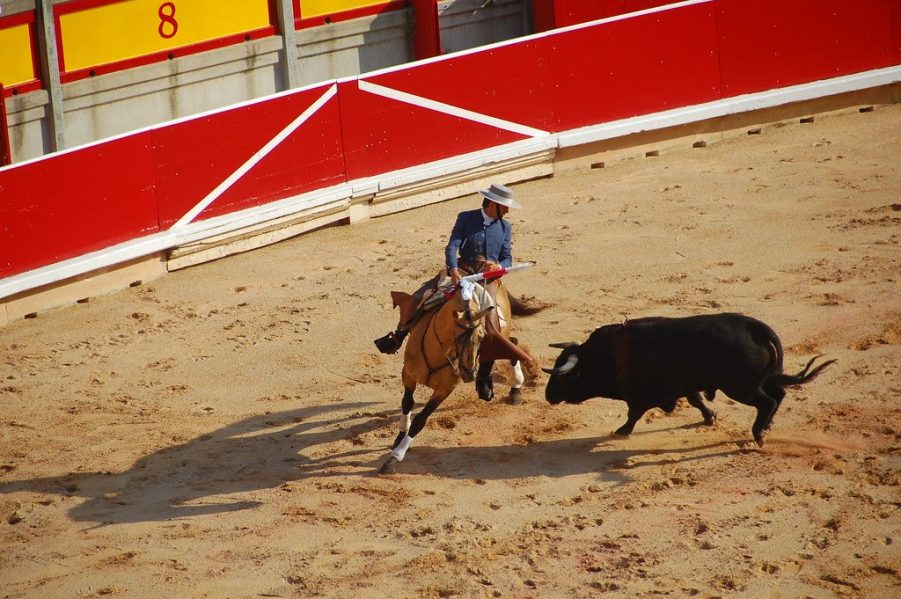 Previous Post: Running of the Bulls in Pamplona 2015
Next Up: Vagabonding in France and the City of Light