Vagabonding in France and the City of Light 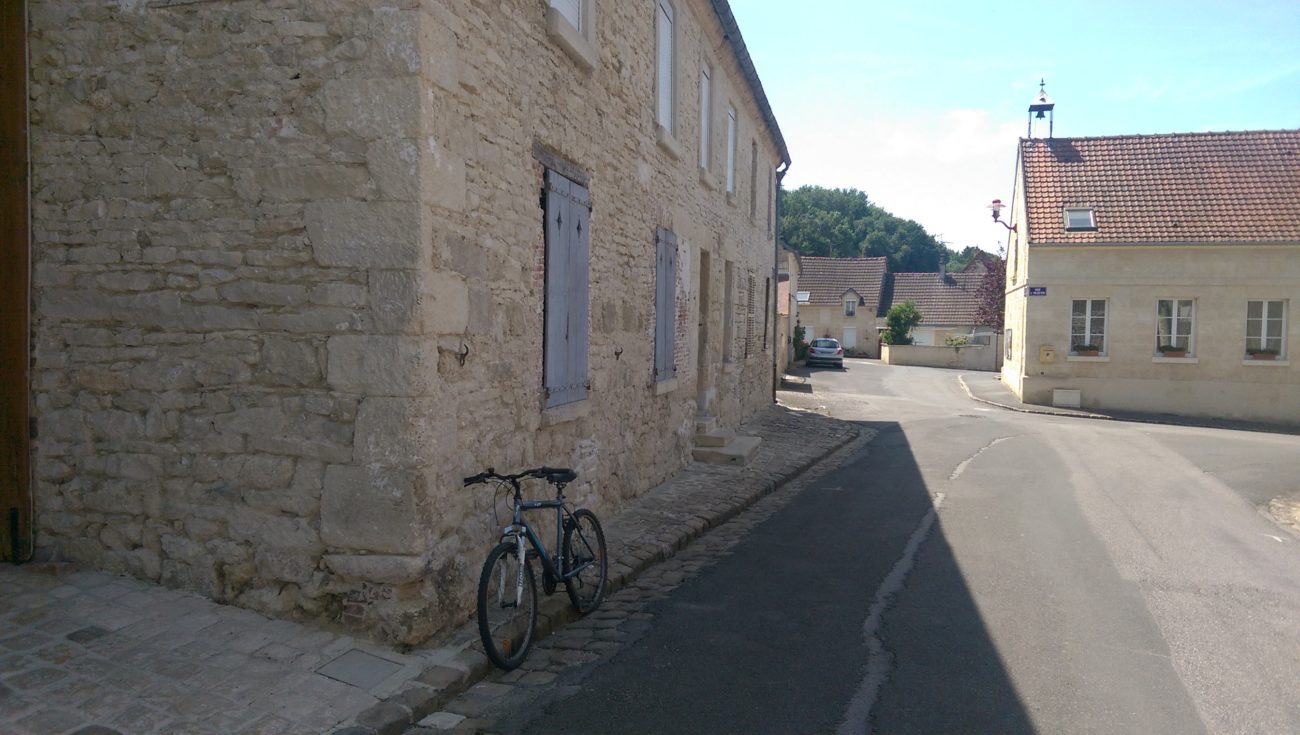 The aim of life is self-development. To realize one’s nature perfectly – that is what each of us is here for. – Oscar Wilde

I’ll be honest: I was a little nervous about vagabonding in France and visiting Paris, the “City of Light.”

Why? I have no idea. I’ve felt less jitters staring down super typhoons in the islands. Maybe it’s because I’ve heard that Parisians prefer the taste of American tourist meat more than that of horse and frog. Maybe it’s because I can’t even sneeze in French – one of the world’s most useful languages to learn – let alone function. A preschooler can slobber through more French than I know. I had nightmarish premonitions of committing some cultural faux pas, then being flogged out of a cafe by an angry Frenchman armed with a crusty baguette.

Who knows where these unwarranted fears come from, but fortunately, my experience with French people in their element was overwhelmingly positive.

Clichés are very much alive and well in France; that’s a good thing, unless you’re trying to write about them. A sizable block of brie cheese and some fresh-baked bread for two euros ($2.20)? Yes, please. Old occupations – the ones strangled into obsoleteness by giant, fluorescent-lit stores in North America – still thrive. Human bakers bake bread rather than chemical-fed robots. Butchers still butcher; pig parts on display in their shops. Wheels of cheese grow stinkier and more delicious on shelves. You get the idea.

I’ll even risk deportation and gamble my American citizenship by saying that I loved France, albeit such an easy country to pick on.

Flee to the North of France 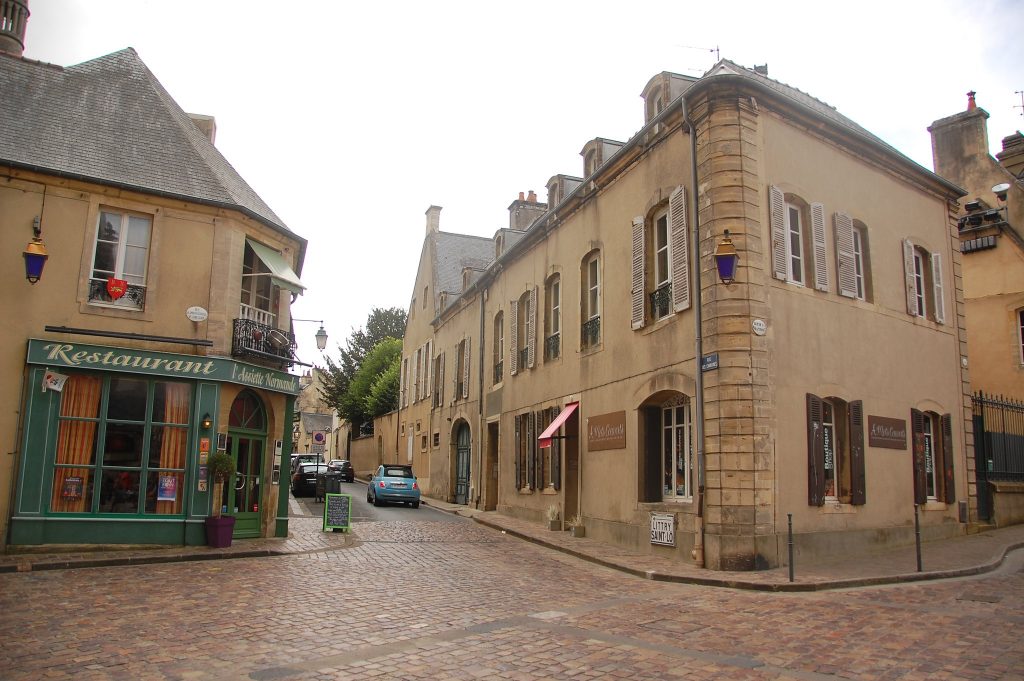 Trading the concrete in Paris for green fields full of animals seemed like a great idea, so I took a friend up on her offer. I proceeded north, directly to the Picardy region, not far from Laon. Laon is a beautiful place of artifacts and bullet holes. The Romans, Napoleon, and even German Forces during World War I fought over those stone streets. The homestead where I lived was a little permaculture dream come true. I went to the grocery just for bread, cheese, and drinks. The backyard graciously provided nearly everything else.

Imagine: Picking fresh raspberries, blueberries, and blackberries for breakfast; no washing necessary. Investigating mature trees loaded with pears, apples, plums, and even almonds. Then robbing the gardens and greenhouses of fresh tomatoes, onions, herbs, and anything else ready to be eaten. And let’s not forget about the farm eggs, fish pond, ducks, etc. The homemade honey was the best I’ve ever shoveled into my mouth by the spoonful.

The north of France is so lovely that I even managed to forget for a moment just how much I was missing the delightful stink of sewage, exhaust, and cooking oil that hangs in the streets of Asia. 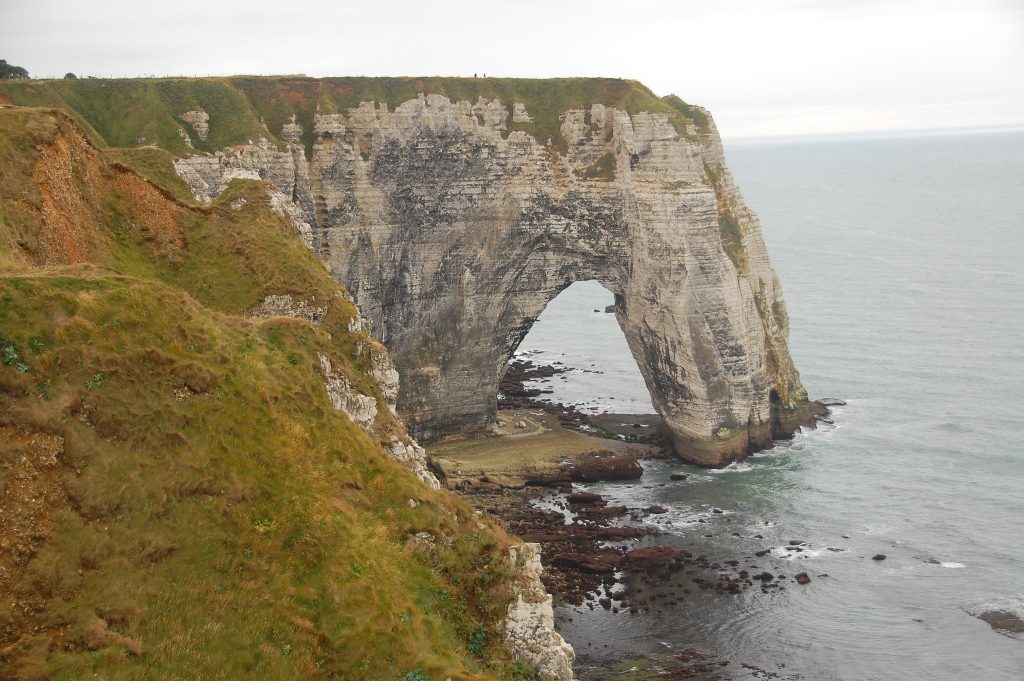 From the north, I ran all along the Normandy coast, saw my quota of World War II bunkers, and had blood chilled standing on Omaha Beach while trying to envision what went down on June 6, 1944. The history of that day still lives among the hedgerows and shot-up stone walls in every little village. I was proud to find a prominent National Guard monument right on Omaha Beach. Once upon a time, out-of-the-know Americans chided me about how I would be safe playing cards at home during wartime because I had joined the Army National Guard. 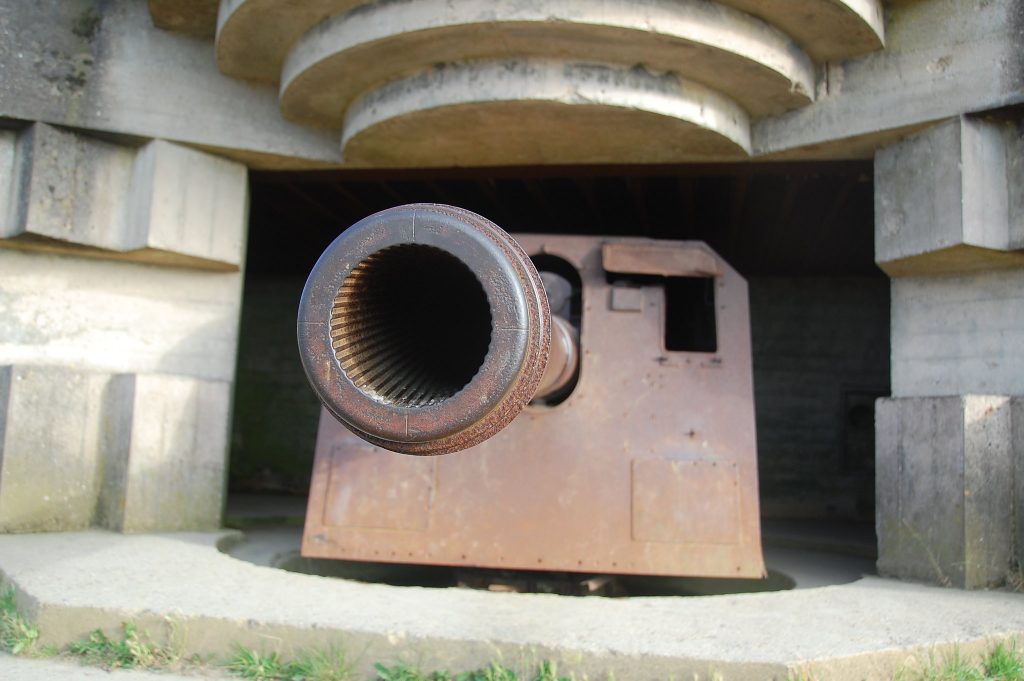 After decades of being exposed to books, documentaries, and movies about D-Day, standing atop Pointe du Hoc – the cliffs that had to be scaled and secured by Army Rangers on D-Day – was a keen reminder of why we travel. No amount of media can ever replace the real lesson learned by standing where history took place. You’ve got to drink in history with your eyes, ears, nose, and skin before you can really begin to grasp it properly. 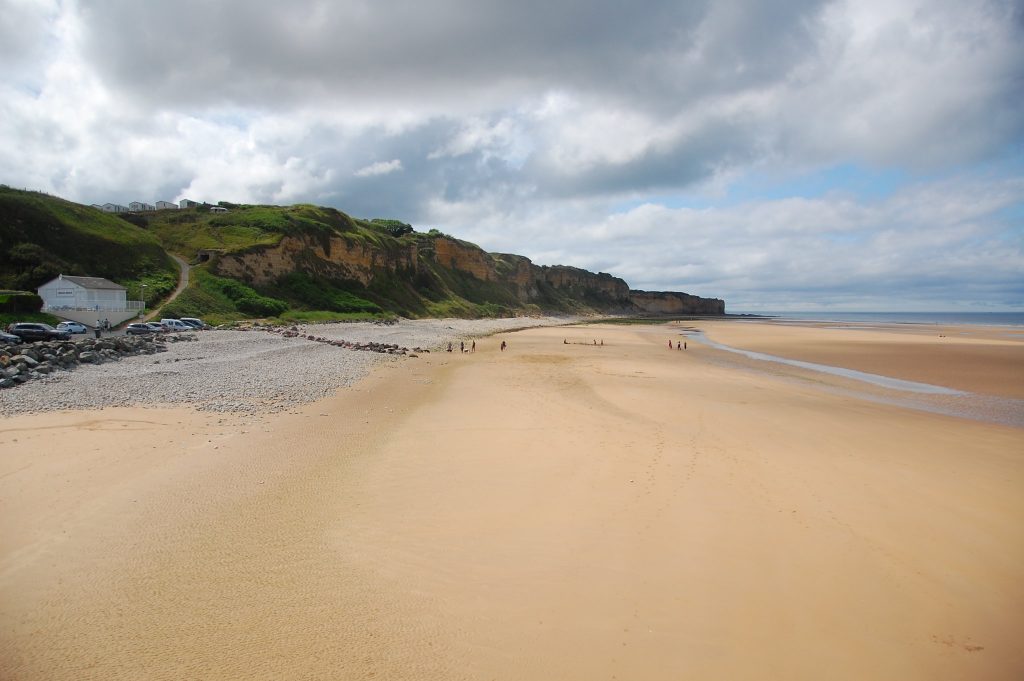 But the practical lesson learned from this road trip? Navigating in France requires a GPS and making small rodent sacrifices to various defunct deities. And it’s bloody expensive. For most of the seven-hour drive, I had two maps, compass, phone, and wallet in my lap at all times. 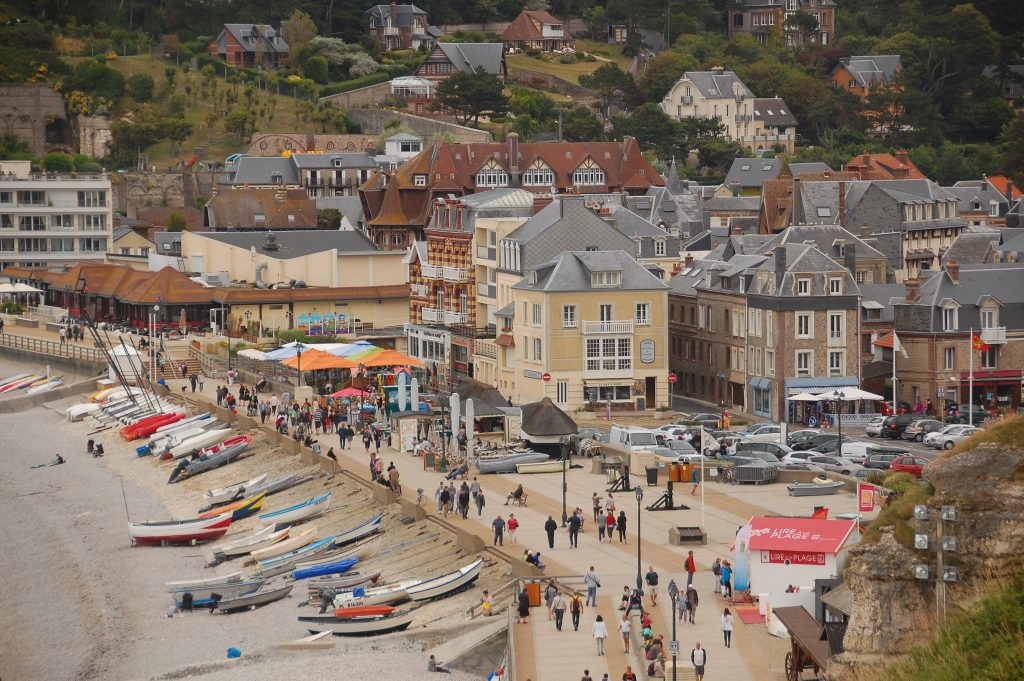 Tollbooths came hard and quick to pay for those perfectly paved roads. As did roundabouts. Half of the world’s roundabouts are in France, around 30,000 as of seven years ago. I’m sure that there’s more now; I went through at least half that many crossing the country. 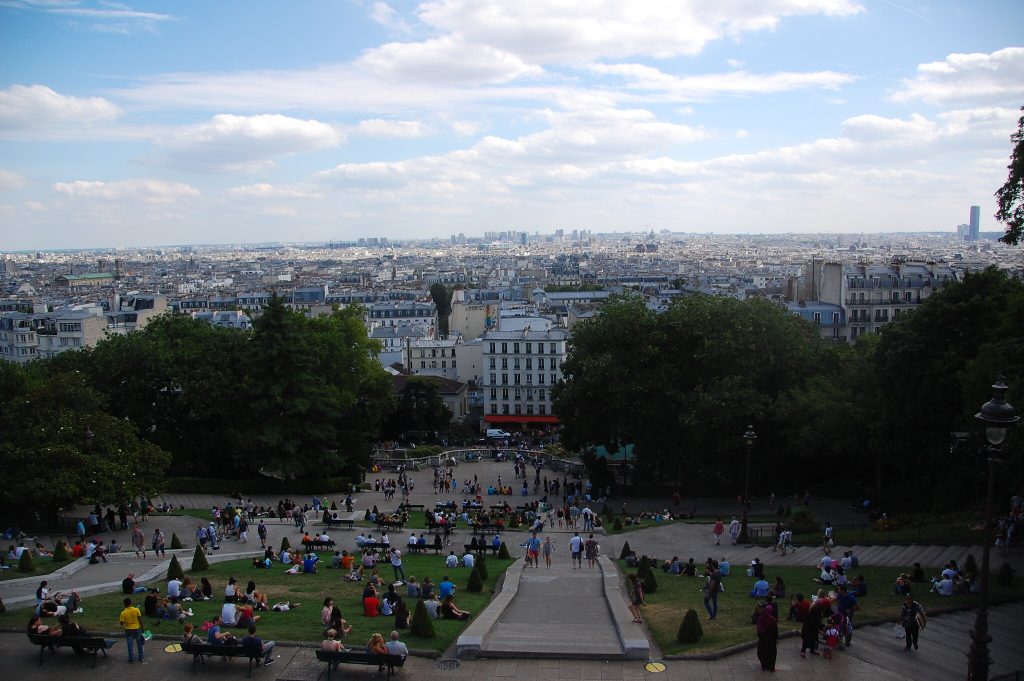 One rideshare to Paris later (only 10 euros each for petrol), I eventually emerged from the bowels of the labyrinthine metro to discover that the Eiffel Tower isn’t actually in the middle of the city. Although certainly beautiful, it isn’t really as tall as I expected either. Unlike ancient structures such as Stonehenge and Machu Picchu that reduce conversation to hushed murmurs, the Eiffel Tower seems to encourages them. As does the small army of Indians who come around every two minutes to sell cheap bottles of wine from buckets. 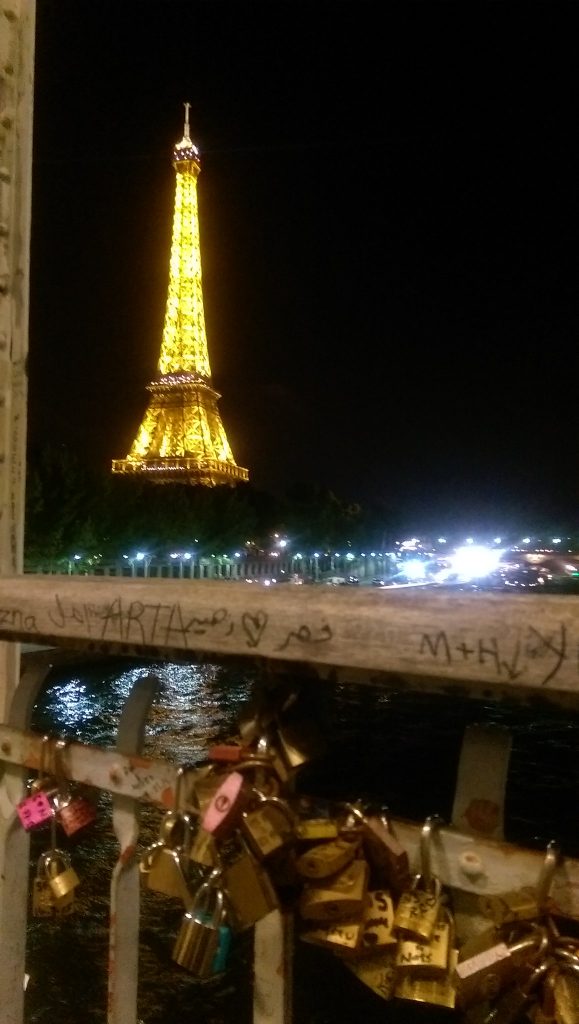 Americans think the Eiffel Tower, and Paris in general, are romantic. My French friends laugh about the prospect. That being said, I did see quite a number of people enjoying moments of embrace, between bouts of telling the Indian entrepreneurs “no.” Walking the banks of the Seine, you can almost feel the persisting presence of Orwell and other greats who have been down and out in the City of Light. The thought made my heart tingle. Or maybe that was just my cracked rib. 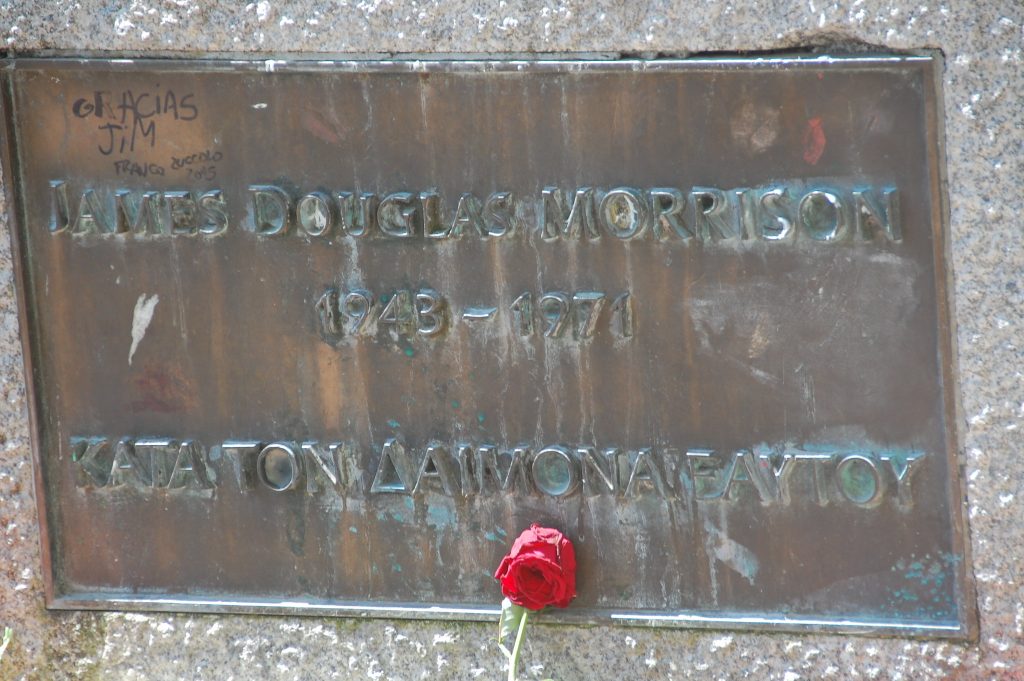 The grave of Jim Morrison in Père Lachaise is the third-most-visited place in Paris, just after the Louvre. Who knew? I did walk up on a small gaggle of tourists gathered there, as well as at the kissed, loved-on tomb of Oscar Wilde. Visiting a cemetery on a sunny day in Paris, no matter how full of special corpses, isn’t normally high on my list, but for Jim and one of my favorite writers, an exception had to be made. Jim’s grave has been cleaned up multiple times. Sadly, aside from some padlocks on the rails and a tiny bit of graffiti, it wasn’t nearly as eclectic as he would have wanted.

On my final day in Paris, and Europe for that matter, I got to sit down with Rolf Potts, author of the book, Vagabonding, and chat for an hour over espresso. That helped make getting on the plane to JFK just a little easier.

Even more frightening than exploring France for the first time, I was about to board a plane pointed toward North America, willingly putting the Atlantic between myself and my newly discovered love. The madness of the Road can be overwhelming at times, but this is the only life I know, or care to know. 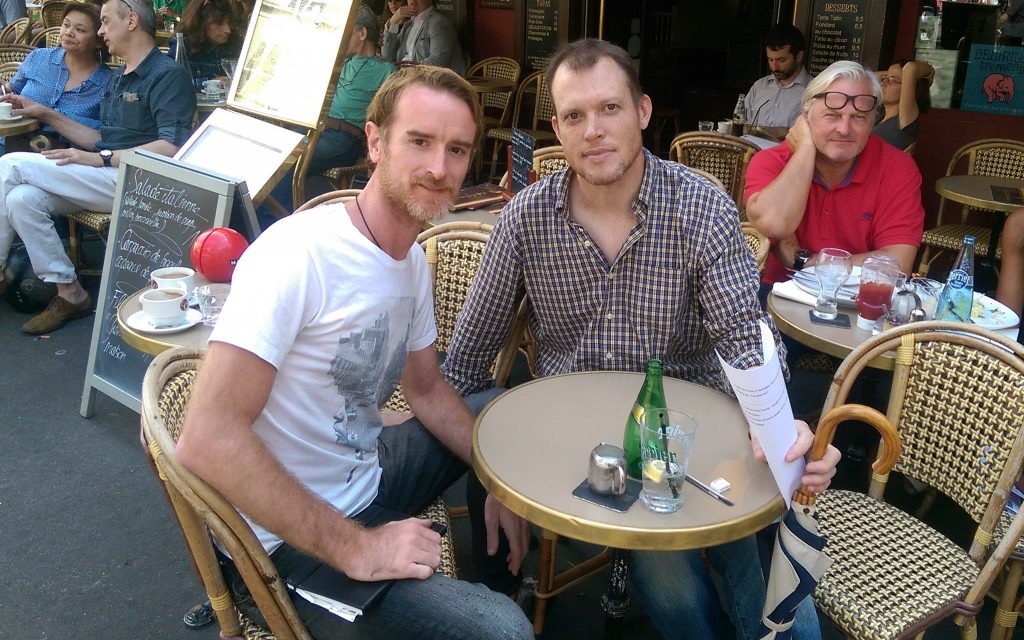 Previous Post: Down and Out in Spain
Next Up: House Sitting in Yucatan, Mexico: The Experiment Begins