How Vagabonding (a Book by Rolf Potts) Changed My Life 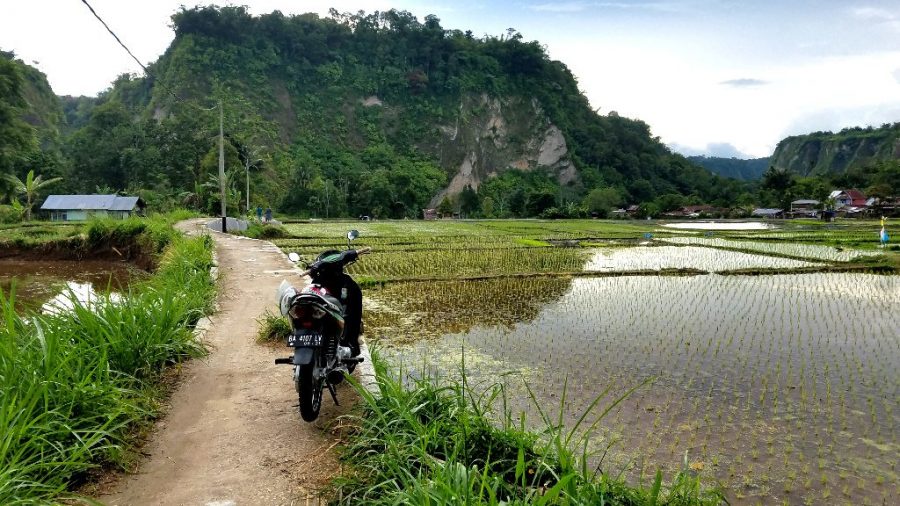 This is a post about how the book Vagabonding by Rolf Potts affected the trajectory of my life.

Rolf recently released an updated version of Vagabonding: An Uncommon Guide to the Art of Long-Term World Travel (along with another brand-new book) that has just hit shelves.

Like so many other location-independent people, the Vagabonding book is dear to my heart. I’ve happened upon yellow, tattered copies of it in hostels around the world. Seeing that unchanged cover still sparks a thrill deep inside my chest.

The newest update, however, is even more exciting to me—and my name is in it!

But first, a quick story. 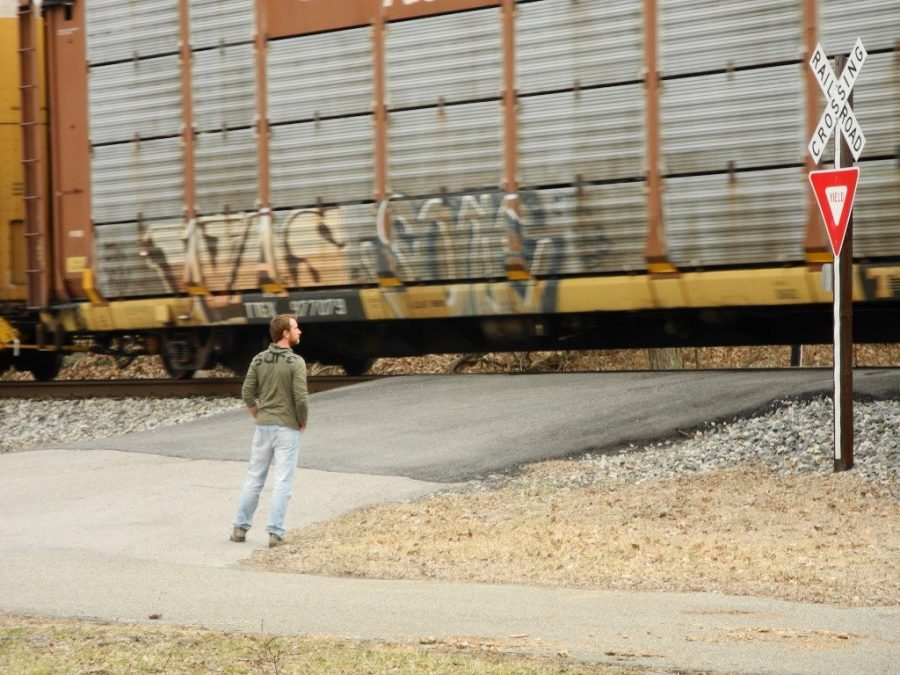 Actually, he craved sunshine. He often went to work at IBM in the dark and then emerged later in the dark. Greg enjoyed eating mushrooms but determined that living like one wasn’t a healthy lifestyle.

Being on call all the time had pushed Greg pretty far down Maslow’s Hierarchy of Needs. For him to survive turning 30—and hopefully the subsequent decades—a serious change was required.

Greg hoisted the black flag and got to work. 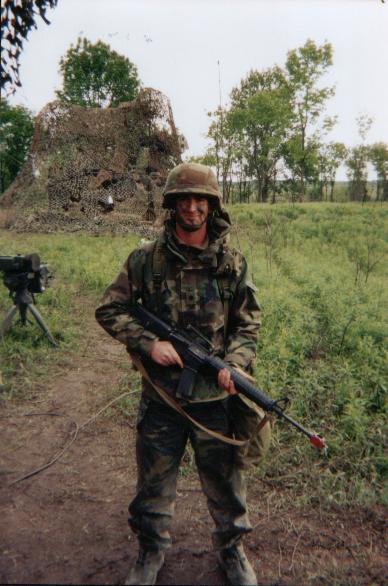 Greg = me. I’m sure you already knew that, but I like to confuse the hell out of the Googlebot. We can’t have good SEO sneaking up on us or something like that.

Now, a quick aside to share something I haven’t publicly shared.

When I was researching adventurous life paths, I considered finding defense contract work. My thinking was that anything had to be better than a corporate cubicle.

I still had an active Secret security clearance from my military specialty as a Forward Observer, so I applied for some contractor positions in Iraq and Afghanistan. I didn’t hear back.

Over a year later, I found an expired message on one of the recruiting websites inviting me to Texas for a round of in-person interviews (a good indication they were serious). Yahoo’s junk filter had captured the message alert.

If I had seen the message, there’s a good chance I would have begun my travel career clutching an M-16 instead of a camera.

Instead, I (thankfully) researched many options online and happened upon Sean Keener’s travel forums on Bootsnall.com.

The helpful folks at BnA introduced me to Rolf Potts’s book Vagabonding: An Uncommon Guide to the Art of Long-Term World Travel.

Later, I got to briefly meet Rolf in Portland at a Christmas party and then again while roaming around Paris, France.

Unlike some of the cringey influencers that were to come, Rolf was humble and radiated world experience. He was proud of his home state (Kansas) and didn’t seem to have drunk the noxious Kool-Aid of success.

Case in point, despite staying busy teaching a travel writing workshop in Paris, Rolf still made time to meet up.

I didn’t have any world travel role models at home in Kentucky. In fact, I didn’t know anyone who had gone on a multi-month trip. Vagabonding provided the insight and rogue voice of unreason I needed.

At this point, I had already been planning to do some serious traveling. I had looked into farm work in Hawaii, van life, “dirtbagging” to climb in national parks, train hopping—you name it.

Like an asteroid-nudging satellite, the Vagabonding book struck at precisely the best moment to alter my fiery trajectory. The math was perfect.

Along with being introduced to Rolf’s work, I met some salty characters through Bootnsall. We’re still friends today and have met in many countries.

Simon fled the police with me in Egypt. Rob introduced me to stingray in Singapore. Amanda encouraged me to attempt backflips on concrete at her Shaolin Temple school in China (somehow, that’s a good thing).

Here’s a picture of a much younger Greg meeting up with Rolf in Paris. 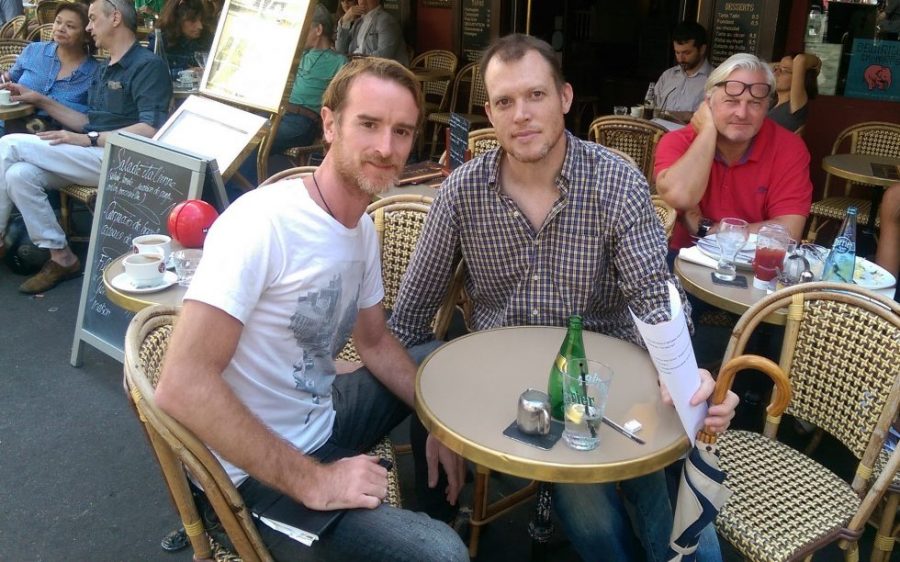 I hit the road in January 2006 without much of a plan. I launched Vagabonding Begins, my first blog that wasn’t a LiveJournal, on Bootsnall.com. The naivety of my first post says it all.

That blog morphed into this one, Vagabonding Life. Somehow, despite sending the Googlebot to therapy, it has led to countless real-world meetups and friendships. I am grateful.

The first week of my new life on the road was rough. I had second thoughts. The first time I met Khao San Road in Bangkok, it bit me.

Fortunately, I stuck to the path (partially reinforced by the book Vagabonding) and knew I would remain location independent forever no matter what it took.

My 30s were filled with extraordinary people and experiences—and plenty of sunshine. I’ve yet to sit down in another cubicle. 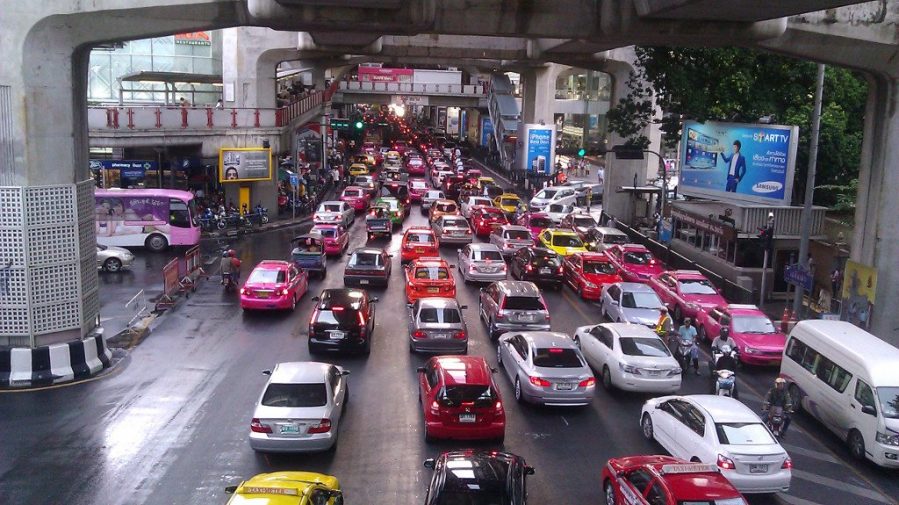 Getting Paid to Travel

Regardless, I still sometimes slept “rough” on benches, beaches, and airports floors. In Europe, I couchsurfed with new friends.

Despite the frugality, my meager savings eventually ran out. Too many Redbull buckets on beaches with friends probably helped things along.

About the time I started wondering what to do for income, Bootsnall came to the rescue. Again.

In 2007, I entered and won a writing contest. This led to a phone interview and, with much jumping around and squealing on my part, my first paid gig.

A Seattleite named Andrew Walker hired me to blog and take photos in Acapulco, Mexico, for three weeks. I got to photograph Fat Joe and some famous DJs, if that tells you anything.

I still laugh about that debaucherous, inaugural assignment, but I earned enough to buy my first SLR camera and lens. I clutched that camera for so many years in so many countries that my right hand became permanently gnarled like a raven’s claw. 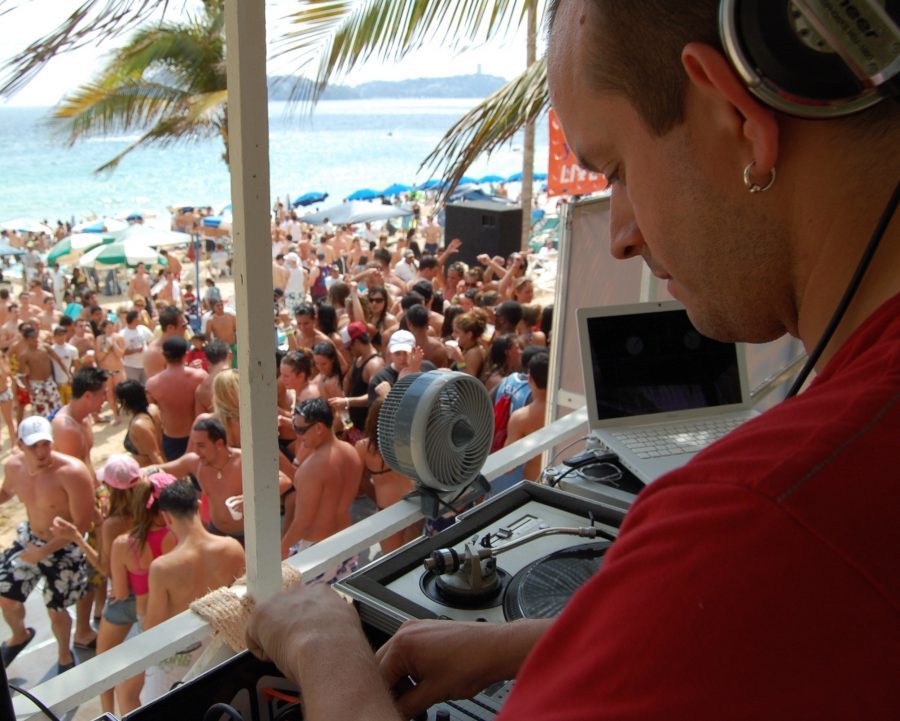 Sure, staying in cybersecurity would have paid much better. And the IRS probably wouldn’t have soldiers of fortune out looking for me (they still don’t seem to comprehend what I do for a living).

Nevertheless, the life I’ve been blessed with can only be described as indescribable.

For me, at least, this is the way.

Back to the Vagabonding Book

Rolf reached out almost a year ago about my helping him with some research and other interesting tasks for the Vagabonding update.

Working with him has been a joy. I definitely learned a lot along the way. Rolf is a high-value individual who continues to inspire thousands of people.

Seeing my name in the book’s acknowledgments, the same book that changed my course 17 years ago, feels like a full circle.

The pandemic may have created a temporary setback, but I’m still bullish on some good times and serious adventures to come. 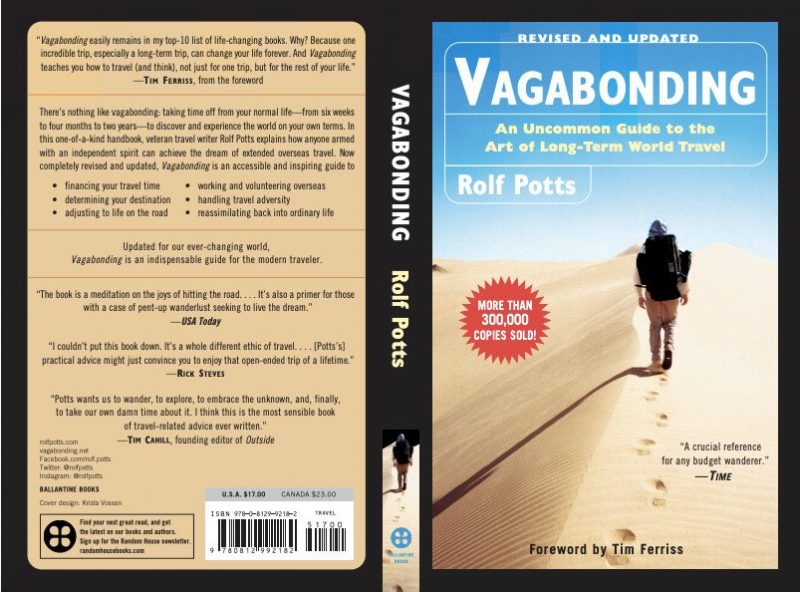 Previous Post: What It’s Like to Study Kung Fu in China
Next Up: Astra Lumina at Anakeesta in Gatlinburg