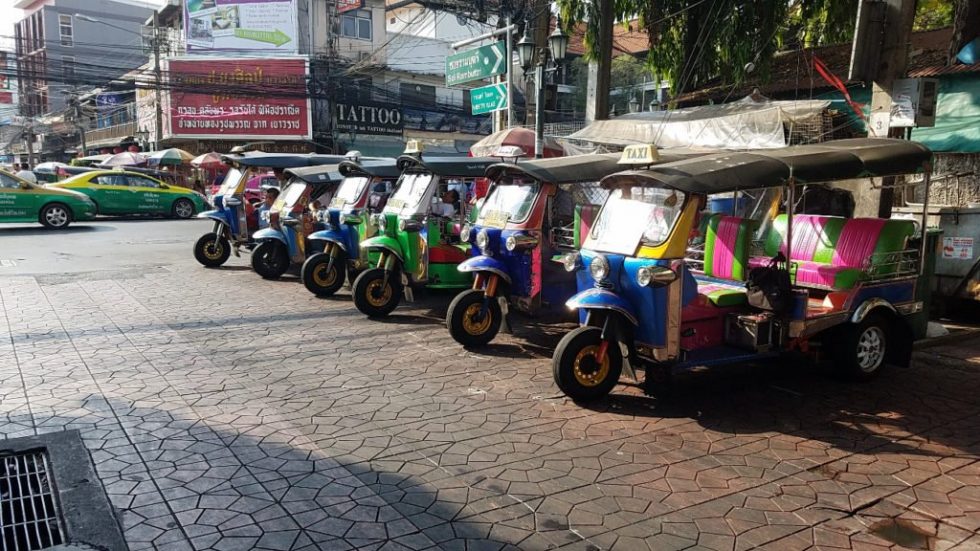 Vagabonding legend Amanda Formoso gave me a good quote from Celine: “Your degree of fatigue gives you a pretty good idea whether you’ve reached your destination.”

If that’s true, then apparently I have already arrived.

I’m writing this from the french-fry-scattered floor of the international terminal in LAX, competing for space with other travelers among some of the best filth that Los Angeles can provide. Guys buff floors while shouting to one another in Spanish; the smells of cleaning fluids and closed restaurants hang in the air.

Actually, despite being shattered by weariness, my shell of a body has managed to cross only one meager continent so far: North America. I’ve still got the Pacific Ocean to cross and part of another continent — Asia — to go; 8,000 miles in all.

Although I’ve got plenty of vagabond friends here in LA, I’ve got only 12 hours before my flight to Bangkok. So, I decided just to set up camp in the Hotel LAX under the warm glow of a McDonald’s sign to wait it out. Jen, Rob, Felicia — I’ll have to catch you guys on the return trip. Oscar — I’ll see you in Bangkok.

United managed to dig some of the oldest planes in their fleet out of the retirement hangar for me. The flapping projection movie screen was still stained yellow from the days you could smoke on planes. I could care less, provided that the wings remain attached throughout our flight. United is the first to supposedly field the 787 Dreamliner soon. Pressurized to 6,000 feet instead of 8,00 feet as other planes are, you are supposed to have more oxygen in the revolutionary Dreamliner, therefore arriving in better spirits. I hope it works!

My flights technically went like clockwork without a single delay, however, the boredom provided too much time for some dreaded introspection. Only some enjoyable turbulence brought me back to reality every now and then.

I failed miserably on telling goodbyes before leaving Kentucky this year. I actually didn’t know that I was leaving for this trip until around 20:00 the night before. Having found out that my mom has to have surgery soon, I wrestled with the idea of getting on a plane up until they closed the bulkhead doors.

Needless to say, I was up all night packing and preparing, so I didn’t provide very good company for my seatmates from Chicago to LA. A loll of the head and some gurgling noises were all I could muster for responses to their typical “what do you do” questions.

Amazing to think that I left home on Tuesday and will not arrive in Bangkok until Friday around 1 a.m. Much of my young life is consumed high above the ground. Terrifying, but before I know it I’ll be stumbling down Khao San Road in the madness of another late-night entry into Southeast Asia.

Most international flights from the U.S. arrive in Bangkok in the early/late hours — depending on how you look at it. Unfortunately, that means that everyone else who didn’t have to fly will already have a six-hour drinking head start before you get there.

So many times now I’ve stumbled with the grace of a zombie down Khao San Road to my hostel at 2 a.m. after a long flight, all while varying degrees of humanity went to hell around me. I don’t consider it a successful homecoming unless I see at least a dozen young backpackers pissing, puking, fighting, or all three at the same time. Others will already be lying face down in the street while ladyboys pick their pockets clean.

Call me Billy Buzzkill, but you aren’t exactly in a dancing mood after three days of deep-vein thrombosis.

Regardless, it’s official: I’ll be in Bangkok on Friday, April 27, will hang around there and Chiang Mai until I hear how the surgery went, then will head on to India — finally — when the rain begins to slow down there some this fall.

After dealing with the rain and flooding in Thailand last year, I won’t hang around for an encore performance of the weather if it turns really ugly. I’ve seen enough drowned rats to last one lifetime. Instead, if the rain in Thailand becomes too much, I’ll head south to drier Indonesia for a while.

Previous Post: Climbing Gunung Sibayak Without a Guide
Next Up: Full Moon Party Traveler Gets Burned