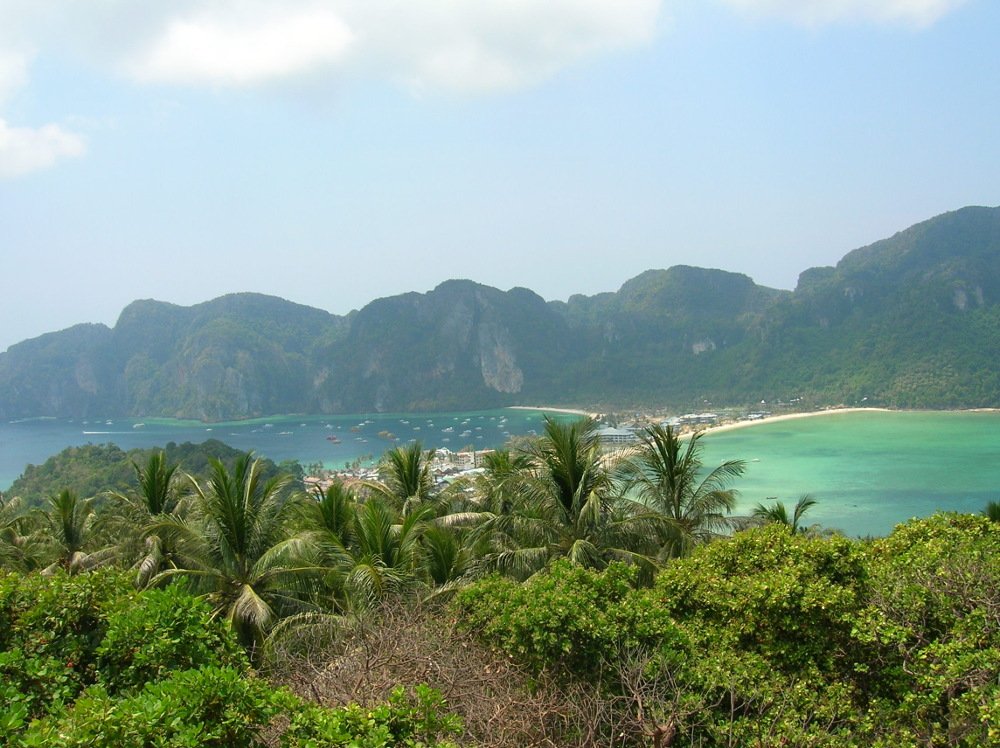 Update: This brief post has been developed into a more detailed story about the 2006 Koh Phi phi Tsunami Scare.

The craziest thing on my trip so far happened last night: I survived a tsunami scare and panic in Koh Phi Phi!

I was sitting in a bar with my Dutch friend listening to a local Thai band play covers of CCR, the Doors, Jimi Hendrix — the guitarist was actually very good. Next thing we know, there are people running down the street outside the place. We were right beside of a bar that does Thai boxing in a ring, so at first I assumed it was just two drunk backpackers in a fight or something.

A few seconds later, more people ran into our bar, and I saw the Thai girls who worked there turn around with a look of sheer terror and panic on their faces. I knew something was up, and my adrenaline kicked in fast!

The Thai guy who worked there said, “it’s time to go, friends” and he directed us to a back room that had a large hole in the wall. We climbed through the hole and began running uphill. They kept pushing us up a very steep hill behind the place into the woods and bushes. People were screaming and running below us. My friend and I were literally shaking as we stood in the dark jungle for what seemed like forever, meanwhile, getting feasted on by the insects.

We later found out there was an earthquake in Indonesia. People here are so jumpy because this was the worst hit island by the 2005 Boxing Day Tsunami last year. Thousands died here not so long ago, so everyone is jittery. When that story came on the large TV they have at a road intersection here, and people received calls from loved ones, residents literally started running into the hills. It created a mass panic on this side of the island. Everyone had out their cell phones getting battle reports from people on other sides of the island until it was decided that all was safe and we came down from the hill.

The tsunami alarms never went off, but they made an official announcement over the loud speakers saying in very broken English that Bangkok had declared there was “no emergency” and not to worry. I decided right then and there that I would take care of myself and not trust these guys. Only a year ago, 100,000 people died on their watch. I even went to an internet shop and checked weather radars, news, etc…to make my own decisions.

My adrenaline was pumping the rest of the night, but we eventually calmed ourselves down enough to enjoy the rest of the evening. In my 15 minutes in the woods, I suffered about 20 mozzie bites…the bugs ate like kings that night.

When we came back into town, there were cockroaches scurrying everywhere in the street. A little strange, I thought. No idea why. Did they sense something was up too? Maybe it was just because all humans had stepped out long enough for them to throw a party of their own.

I slept with one eye open and had a plan in my mind for how to get from my bungalow, which lies in a low area, to the top of a hill in the dark if I needed to later.