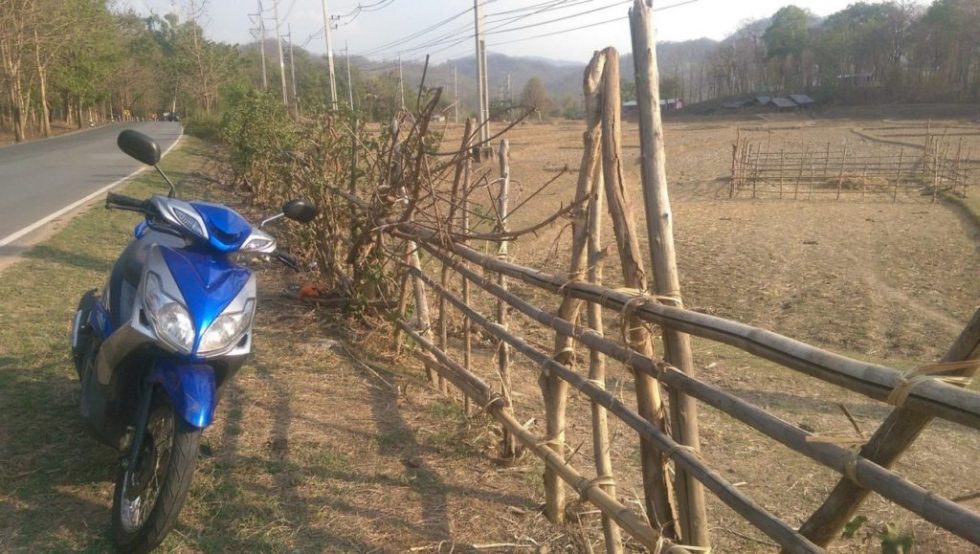 And then there were bees.

Fifteen minutes ago, I was hiding on my porch from a scorching afternoon. I was quietly, harmlessly pecking away at my keyboard, trying to find a way to describe how travel addiction is real and not just something travelers claim.

In a matter of minutes, my happy little hiding place was transformed into a hellish cloud of noise and venom.

Here’s a video of the bees erupting from beneath my porch:

I calmly shut my laptop lid, stood up, and retreated. I had been gotten rid of. An angry buzzing of victory laps followed in my wake. I think they were telling me not to come back anytime soon. I had already paid for the night, so this new arrangement was clearly not going to work.

I approached the sleepy woman at reception with my unique problem. She barely lifted her cheek off folded arms to hear my grievance. A Thai soap opera flickered on the television.

Clearly annoyed, she sighed a single question: “How many?” Only in Asia would a conversation begin, or even proceed, like this.

When she went back to her soap opera, I assumed that she had meant the bees were calling the shots on this one. I crept back onto my porch, grabbed my laptop, and darted inside.

I hate giving up ground, but the porch was definitely in enemy hands. An occupation was taking place.

In less than an hour, the bees were inexplicably gone. They were a migrating hive of some sort, not unlike the millions of ants from a mobile colony I discovered on my porch in Koh Chang a few years ago.

As Ice Cube once sang, today was a good day. I went to bed later that night smiling. 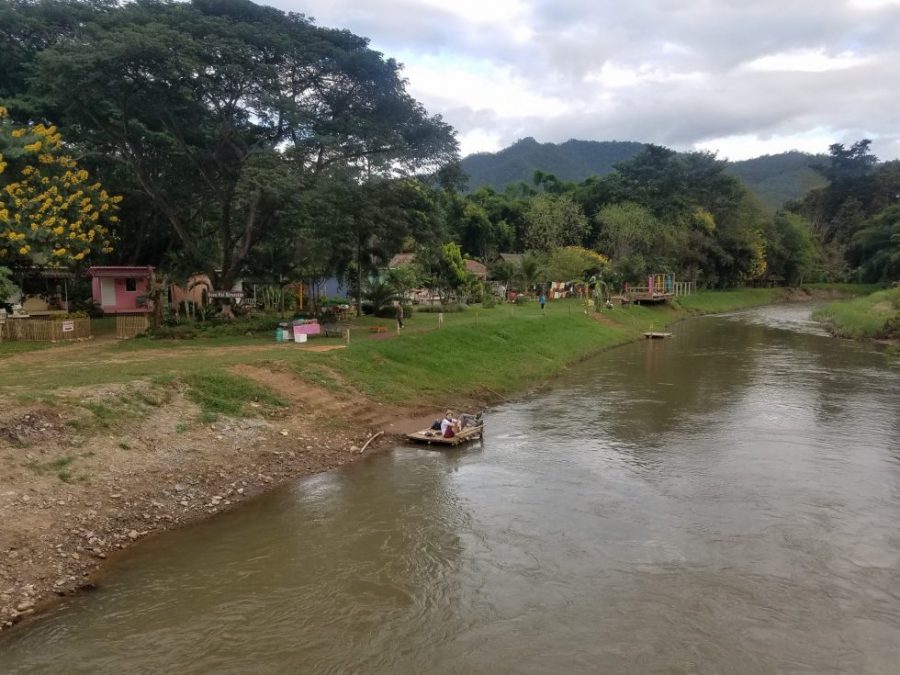 Driving a Motorbike to Pai

Pai is Thailand’s little riverside town once famous for high hippies before it was overtaken by Chinese tourists and backpacking kiddos still shrieking about the Full Moon Party.

But a place is what you make of it, and I generally made Pai one helluva good time. I drove a motorbike to Pai from Chiang Mai, as I ritually do every year. Five hours of leaning through turns over mountains does wonders for morale.

I gripped that throttle until my hands were permanently gnarled into raven’s claws.

I’m also convinced that I sent yet another motorbike to the junkyard. There just aren’t enough cubic centimeters in these little engines to handle a full-on run to Pai in 102-degree-Fahrenheit heat. On one of my stops at a shady spot in the national park (where the sudden appearance of pine needles made it smell like home) another peculiar smell hit my nostrils. 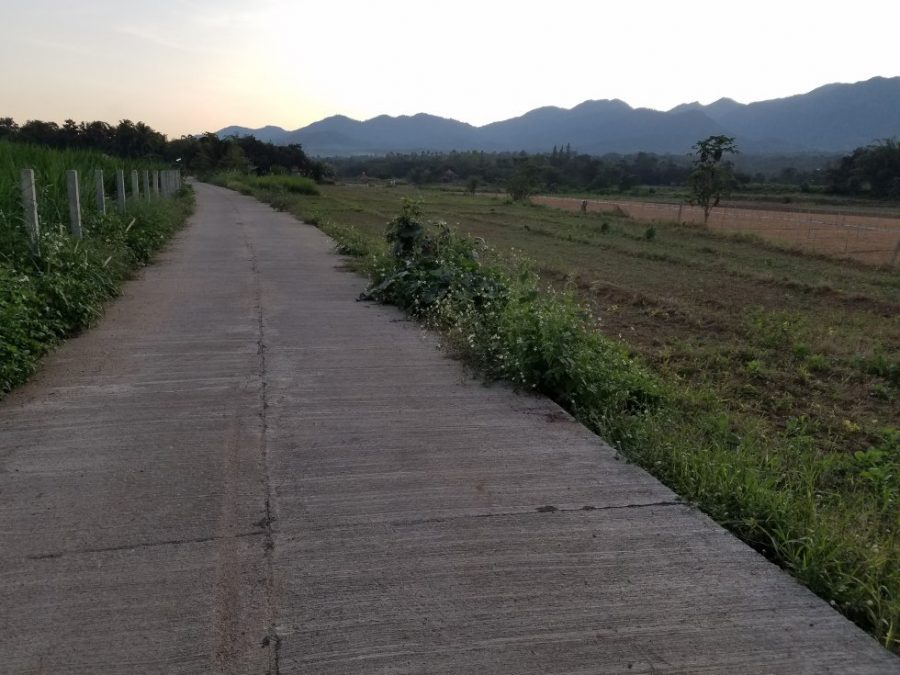 This one was coming from the motorbike itself. After butchering scooters for years, I know the familiar smells of overheated brakes or burning oil from a blown head gasket.

But this smell was much sicklier and sweeter, something from the clutch or gearbox maybe. Every time I twisted the throttle, I heard a metallic rattle. It sounded as if at any moment an explosion of gears and gizmos would litter the road. If that happened, I would have some serious hitchhiking ahead of me. And the woman at the rental shop would expect one hell of an explanation.

What was left of her motorbike would have to be returned in a cardboard box. Thankfully, that didn’t happen. I rolled into Pai victoriously with a tired scooter gasping beneath me. 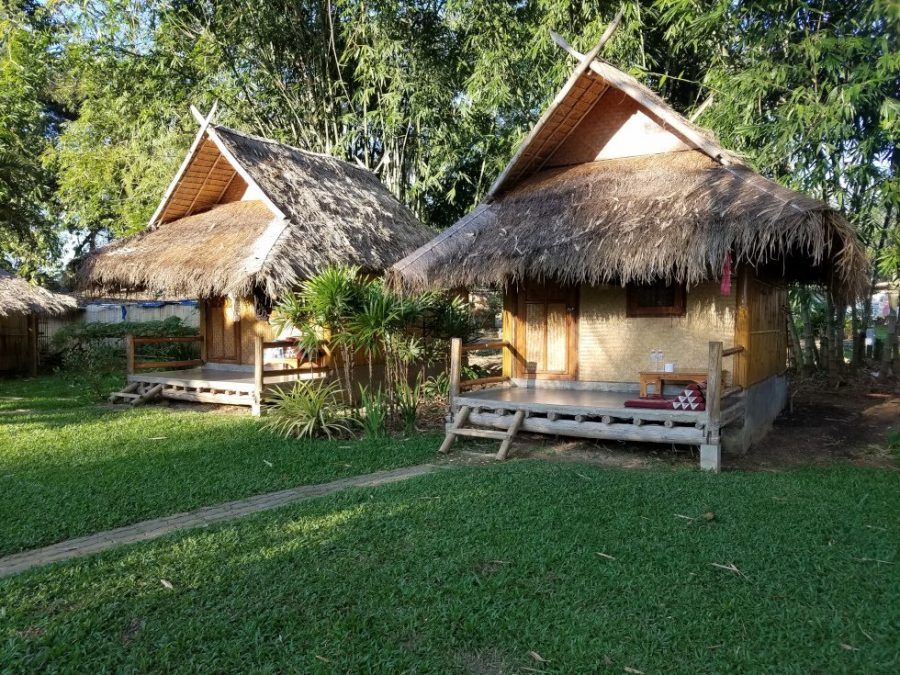 But back to the story of learning just how travel addiction is real. I got up sometime in the middle of the night and fumbled across the dark room to find the toilet. There was a peculiar sensation on the soles of my bare feet—not the cold, dirty tiles I expected. Instead, I seemed to be walking on a soft, velvety carpet of sorts. I switched on the light and nearly shrieked at what I saw.

Not dozens, but literally hundreds or more. All dead. They were stacked on the ground, a lifeless carpet of tiny insect corpses. My first thought was that their stingers probably still worked. I tap danced out of there like Fred Astaire leaving the stage.

I found out later this species of bee doesn’t have a stinger, but I’ll never forget the sensation of soft, velvety death clinging to the bottoms of my feet. More importantly, I wondered how or why the whole damn colony had forced its way through a hole in my screen, became trapped, and simply gave up.

The epic migration of an entire colony ended here—in my bathroom. I mourned the loss alongside pollinators around the world.

I couldn’t believe my eyes. A sudden sadness chilled me. The scene really was grotesque. One simply doesn’t expect to see total obliteration on a sleepy trip to the toilet. The world is suffering from a decline in bees—a serious problem considering how they pollinate the plants that produce our veggies.

Overnight, on accident, I had managed to kill an entire colony. No wonder biologists have had so many theories related to the decline in bees. No one ever suspected that a guesthouse room in Pai, Thailand, could be the cause.

Here’s a video of them trapped in the bathroom screen:

As the bees were swept away the next day, I had a strange epiphany of sorts. I realized just why I can’t stop traveling for too long. The sheer unpredictability of the road has turned me into a junkie who can’t live without daily hits of chaos and unpredictability. I’m a certified addict, and yes, it’s chemical.

I enjoy my hometown of Lexington, Kentucky, but then again, I’ve never been swarmed by bees in a cafe while working. And I’ve certainly never trodden on a carpet of dead ones. And while these aren’t necessarily good things, they do provide juicy surges in dopamine that are detected by receptors in the brain.

My receptors stay busy these days.

Seeing new things, investigating new cultures, meeting extraordinary people, risking your life…all these are great for self development. But perhaps travel addiction is real due to the random, chaotic, unpredictability of the road. That’s just its nature, and there just aren’t enough random bee swarms at home. You have to travel to experience this stuff.

I’ve noticed how when I return to the United State everything appears to be moving slower. Those thousands of tiny, problem-solving decisions I’m forced to make here daily to survive are missing. My brain is still seeing the Matrix code, but it doesn’t need to: Agent Smith isn’t around to shake things up a bit.

This reinforces my theory that dopamine is at work. Neuroscientists know now that elevated levels of dopamine warp our sense of time. We feel as though more time has passed than really has. That’s probably why when I’ve only been traveling for a few weeks, I feel as though I’ve been away from home for months already.

Toilets flush neatly at home without unexpectedly erupting into geysers. Bees act like normal, civilized bees rather than suicidal maniacs. Restaurant menus typically aren’t 90 pages long with a handful of potentially poisonous choices. People aren’t wandering around on magic mushrooms at 3 p.m. I don’t hear 12 languages a day. I don’t have to blast through police checkpoints on my motorbike to avoid paying bribes. I usually don’t have to shoo a cat or chicken off of my restaurant table. Or open my door to let out a centipede/spider/scorpion/obscenely large cockroach. Geckos don’t fall from the ceiling while barking and mating. Yes, they bark.

You get the idea. All of the oddities, and many more, I just described happened within a two-day span here in Pai. And Pai, although beautiful, isn’t even what I would call an adventurous place.

Unpredictability and its effect on travel addiction isn’t to be taken for granted. Remember how much you loved to change up your bedroom when you were a kid? Or how exciting it was when your teacher rearranged the seating chart? The class felt new and interesting for a few weeks before going back to being the mundane norm. Our brains are wired chemically to deal with changes and small challenges. Our ancestors had to constantly stay on their toes in order to survive.

They definitely didn’t go sit in the same cubicle day after day, week after week, and year after year.

This beautiful world of ours is completely out of control. But sometimes that’s a good thing. The edge of chaos is the most dangerous place to be. You aren’t guaranteed safe passage until you’re a contributor. Better to enter the storm and become a part of the vortex rather than a spectator on the fringes. If travel addiction is real, well, I’m okay with that.

In a mad world, only the mad are sane.

May there always be a road…we need a little chaos in our lives.

Previous Post: Goodbye for Now, My Sweetheart (Long Beach on Koh Lanta)
Next Up: A Sticky Bus to Luang Namtha, Laos