Tibet, Trekking, and the Olympics 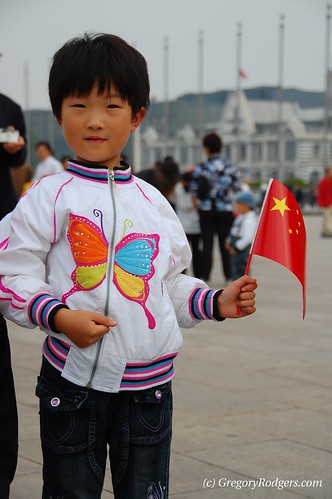 I don’t normally get political on this blog, but I have some strong feelings about China and the Tibet situation. Beware: I have decided to vent my negative chi into something positive with this post!

I don’t know if the PRC will pay any attention to any of the numerous free Tibet petitions out there, but it’s a good thing to send the message out to the rest of the world as well — including the brilliant Olympics Committee that is strangely rewarding the Chinese government for some serious human rights violations.

Tibet has always been China’s dirty little secret. By the end of the cultural revolution, 1.2 million Tibetans were killed and 6,000 religious sites were destroyed by the Chinese government under Chairman Mao. Tibet posed no military threat to China whatsoever; they are only guilty of being too close and having lots of resources stuck in the mountains. 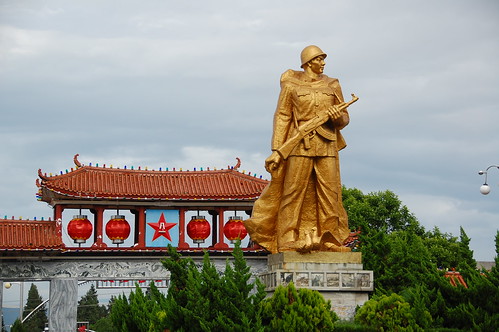 Erasing History
The present day attempts to sweep the Tibetan slaughter in the 1950s under the rug is appalling. When I was in China last year, huge portions of the internet were blocked — including all of Wikipedia and parts of YouTube — because they mention what happened in Tibet. China has demanded that Yahoo and Google filter search results or risk being banned across the country by their infamous “National Firewall.”

Like any good money-oriented corporation, Google obliged, and human rights in Asia got yet another black eye. Even StartBackpacking.com, my site, was blocked, making it impossible for me to update my site for the three months that I was there. Interestingly, I never mentioned Tibet, and when I asked a Chinese IT Professional in Chengdu about why I may be blocked, he said that my site “preached ideals that were not in line with the greater good — such as leaving your job.” Communists.

More Problems
In the past month or so, the violence has started building up again. China blames the 14th Dalai Lama, the same man who has never failed to preach against the use of violence to solve problems. When I was in China, he met with President Bush which infuriated the Chinese government and caused them to stop issuing the ridiculously expensive permits to enter Tibet from China. Many travelers tried to wait it out with me in Chengdu, and many went on anyway and managed to sneak inside Tibet with no problems at all. My hat is off to them. 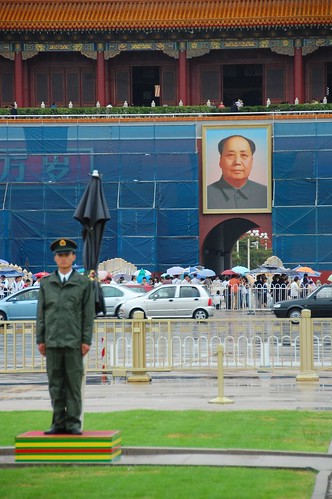 You’ve Got to Be Kidding
If anyone pays attention to any of the uprising, I hope it is the Olympics Committee. By sticking their heads into the sand, those idiots have doomed thousands to poverty — and even death. I saw it firsthand while in Beijing. Homeless people were exiled from the city, sent to the freezing countryside to die, so that foreign visitors would not see them. Unattractive neighborhoods — and there are a lot in the cities of China — were torn down or had giant decorative walls built around them. No government on the planet has more of a messy record for human rights than China, but somehow the Committee didn’t think that dropping the Olympics into those bloody hands would cause any problems! 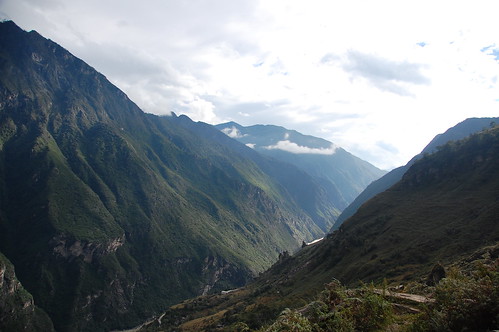 On the Record
This year the Tiger Leaping Gorge, one of the most inspiring and incredible places that I have ever walked, is set to be dammed up and flooded to produce electricity. The impact to the Naxi people living there and the environment is horrendous, yet no other world governments seem bothered. Keep in mind that this is the origin of the Yangtze River and that a huge portion of Asia — not just China — dependent upon the water will be affected.

To put things into perspective, this is the equivalent of the U.S. deciding to dam up the Grand Canyon in order to make electricity for T-shirt factories in Arizona. If we did that, the world would be appalled and would probably spit every time they saw the American flag (if they don’t already). For some reason, when China does something like this, it hardly makes the news.

Myanmar
China fully supports the Myanmar regime in Burma, one of the most insane and violent factions to rear its ugly head. Last October, travelers were exiting as fast as they could get out and I met many in China. The internet had been blocked throughout Burma to keep bloggers from uploading pictures or writing about the soldiers shooting monks in the street. I went into the embassy in Kunming and tried to get a visa for Burma (my travel mantra has always been, “go where the action is”) and they nearly laughed me out of the building. China carefully censored the news and we only heard about the violence was through email from friends in the U.S. and Europe.

To give an example of how disgusting the Myanmar regime is, I was traveling in the very north of Thailand in 2006, in Mae Hong Son province. I could see Burma across the mountains. While lying in my bunk at night, I even heard the occasional mortar fired by the resistance and distant whump! of impact. The Burmese refugees provide much of the ridiculously low-paid labor around Thailand. You could call them Thailand’s version of the Mexican workforce found in America.

I met one of the men in town and he told me about his friend, who stood nearby on crutches, had been plowing the field at his farm and stepped on a landmine. It took his leg off, and along with it, his means to live. When he approached the Myanmar junta for help, they fined him a month’s salary for “destroying government property” (the mine!). Since he could not pay, they took his farm away as collateral and he ended up in Thailand laying brick. — on one leg. The Chinese government fully supports these guys and has armed them to the teeth!

All of these atrocities that I have just named did not happen 100 years ago, or even 50 years ago, I witnessed them in 2006 — the present! For some reason, the Olympics Committee thinks that the worst part is over and that China deserves to be rewarded with the world spotlight.

I thoroughly loved every minute in China (even the hellish Shaolin school that I attended) and the people that make the place so spectacular. However, their government gives me nightmares at night, and I will never support their abuse of both the planet and humankind.

In Conclusion
And so, that is why I travel. I have seen these things with my own eyes, heard them with my own ears, and felt them with my own heart as I saw the tears stream down a weary local’s face. I didn’t build my opinion filtered through CNN, FOX, or the internet. And that is why I will not be one of the millions worldwide cheering for the Chinese presentation of the Olympics. We can’t do much, I plan to have my own little boycott.

If you are reading my blog from China, and by looking at the stats some are, then this will probably be the last post you see before the Firewall blocks me. Cheers!