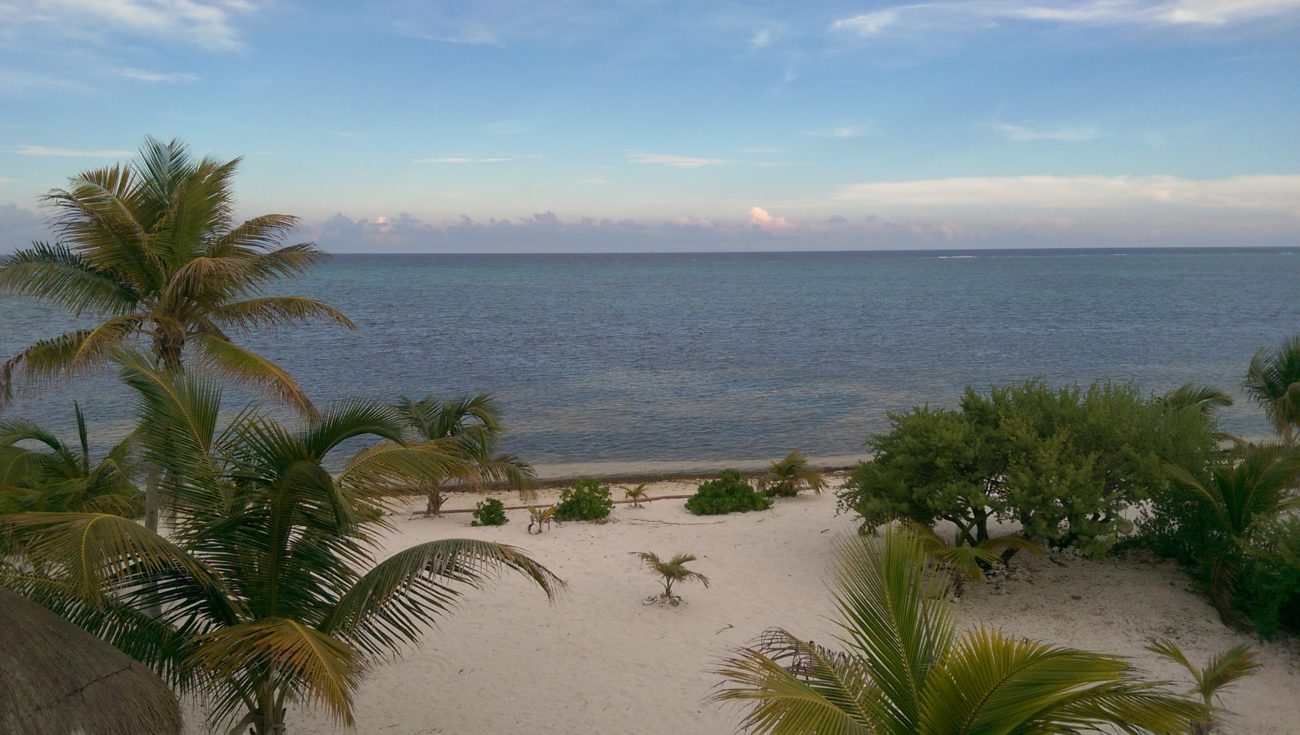 Like many good ideas, it was spur of the moment.

A fateful Facebook post popped up about an opportunity to try house sitting in Yucatan, Mexico, for two months. Completely off-grid (save for Wi-Fi). Solar cells, rainwater tanks, coconuts to open, and all the other permaculture delights that tickle my insides.

Craziness wavered in the air for a precious few seconds, then I responded thinking there was slim chance in even getting a response.

Update: #TheYucatanExperiment has ended. Here is a summary of my house sitting experience in Mexico.

For four sunrise-to-sunset days we did turnover and training. Turns out, there’s a lot involved to keeping the jungle from reclaiming what is rightfully hers.

The work load turned out to be more than bargained for thanks to a nasty hurricane (more on that later), but the isolation certainly provides a fertile setting for trying to coax words from mad thoughts and capture them with a laptop.

As I drove the hour and a half back after dropping Jeannie in town, my head was buzzing with ideas. Meanwhile, tarantulas scurried out of the road in front of me.

Swapping yet another Kentucky fall for tropical isolation seemed totally reasonable. As much as I love fall climbing, camping, and horse racing, I don’t like the guest fall brings along.

Cold weather comes flailing into the party just after you’ve greeted fall. Then, like an obnoxious drunk, vomits and clears the room just as things were turning fun. After climbing Mount Rainier and Mount Rogers last year with frozen extremities, I’m perfectly fine to parade around in swim shorts all day. 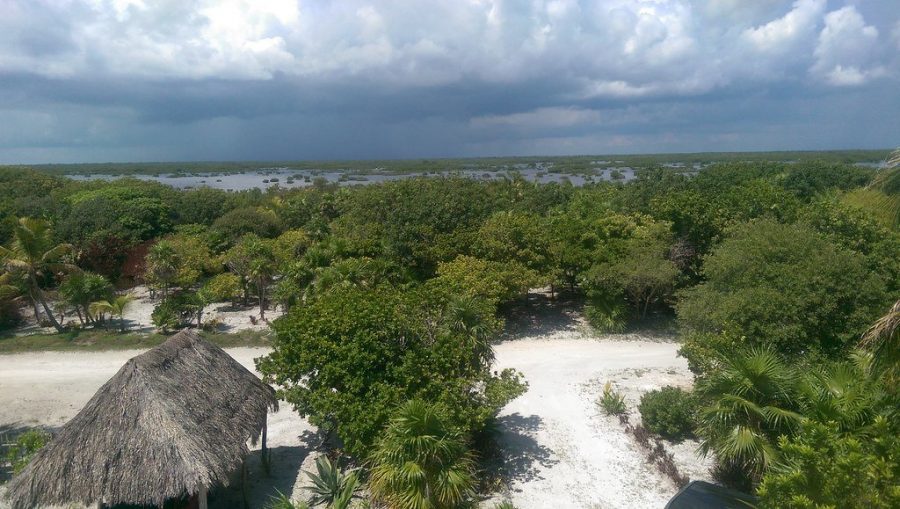 There is a kayak here, I brought snorkeling gear, Jeannie found a fishing spear, and I can see the second largest barrier reef in the world from my deck. I also watched from the deck as a large barracuda churned fish out of the water. The house sits squarely in a marine park that’s home to creatures ranging in size and threat level from jaguars to hermit crabs. And the birds…damn…the birds. Feathered friends that people pay to see are sitting in the trees around the place, one just outside the kitchen window. I’m situated on a narrow strip of land with a marshy lagoon – no man’s land – across the road.

The Mayans once stomped the land here, and there’s bush so bad just across the unpaved road that the Predator wouldn’t dare go too far. 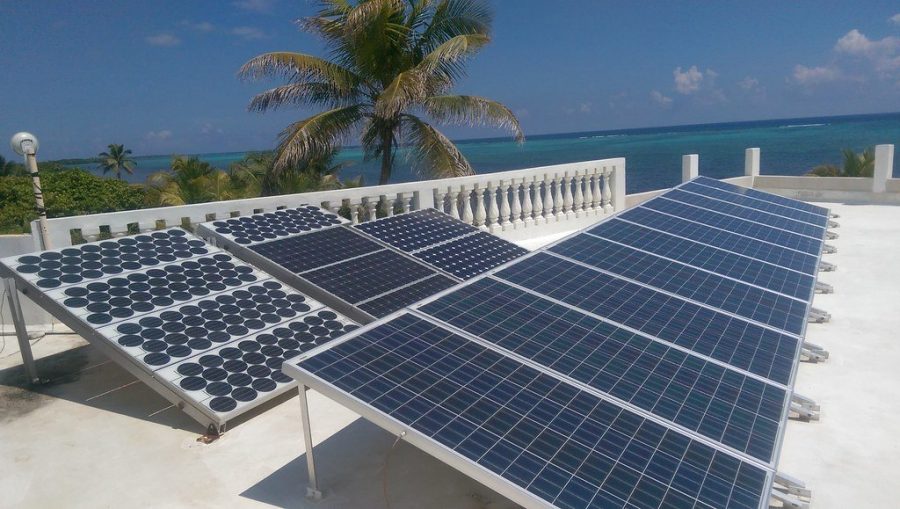 But along with the joys, there is a price for paradise. Mother Nature likes to ask a cover charge. And when she’s in a bad mood, look out. The friendly neighbors down the road shared their harrowing story of being attacked by a swarm of killer bees. They barely survived, but sadly their dog did not.

I was stung by a scorpion on my third morning here.

That’s a hell of a wakeup call when you haven’t had your coffee yet. I never was much of a morning person, but surely that constitutes an abnormal start of the day? Now, I’ve always tried to maintain a live-and-let-live policy in the wild. I even let the first scorpion I encountered in Thailand live, despite its gruesome size and heeby-jeeby factor. So the scorpion world had no bone to pick with me. But this naked aggression will not go unanswered.

This one ambushed me on the kitchen counter as I was putting groceries away. I just happened to have a coaster in my hand and smashed down instinctively. I had to press with a surprising amount of force, waiting for that all-too-important pop! of the exoskeleton collapsing. Meanwhile, the tail – still free – was prodding around for squishy flesh. It found its mark on top of my hand just as I got the pop! but luckily no venom was injected. I still have the black entrance dot on my hand to remind me to buy a lottery ticket when I get home. 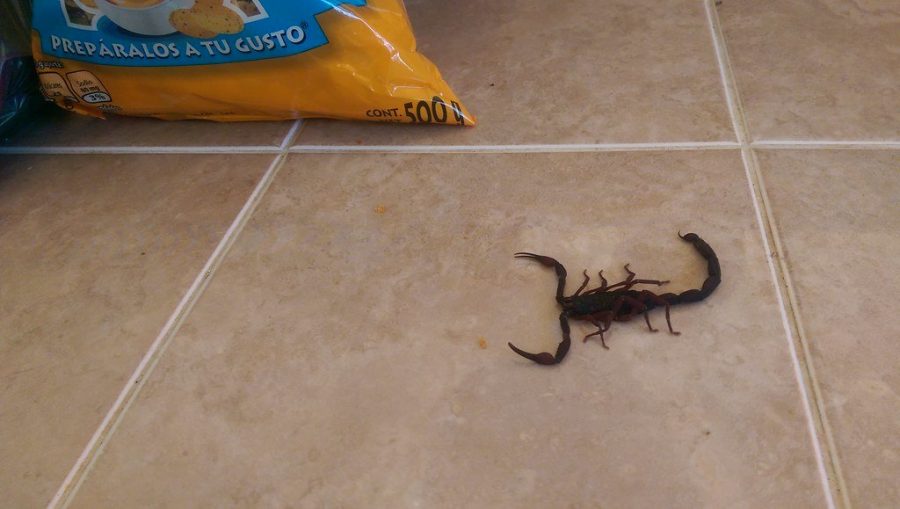 Perhaps the most interesting adventure so far was bouncing the old truck here – the type with a stick shift and gas gauge that moves with every press of the accelerator – all the way to Walmart to buy supplies.

Like most suburbanites in America, I’m usually within 15 minutes of an ugly, bloated superstore at all times when stateside. This Walmart I voluntarily drove three hours (and spent nearly $50 in gas) each way to get there. Yep, you read that right. This vegetable-juicing, deodorant-making, turmeric-preaching hippie drove three hours to give the Walton family more money. Times are strange, indeed. But it was the only option in this part of the woods to find items in bulk.

Along the way, I narrowly missed a snake far longer than I am (seven feet, maybe?) in the road. Many more were smashed flat from battles lost against man-made things.

This was the kind of zombie-apocalypse shopping trip when you buy large bags of rice, beans, boxes and bags of pasta, lentils, potatoes, onions – raw foods that will keep and can be cooked in bulk. I had planned to buy a lot of canned goods, but apparently Mexicans prefer the taste of MSG even more than Asians do. I supplemented the starchy staples with spinach, mushrooms, fruit, and fresh produce that sadly won’t keep long. I’m hoping to resupply the fresh stuff at intervals from local sellers.

And the strangest part? There was an Applebees across the street. Looks like America’s leaky bowels have oozed bad choices all the way to the boonies down here. 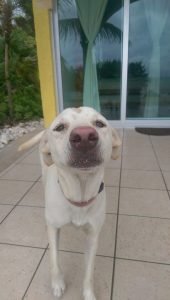 Driving back, we were flagged to pull over at a military checkpoint. Because the truck was loaded with beans rather than narcotics, this shouldn’t have been a big deal. But as I saw the reflection of our red truck in this pissy-looking federali’s reflective Ray-Bans, I made a grim realization: I had left my passport and driver’s license in my money belt back at the house. I didn’t look forward to sharing this tidbit of news.

It’s rarely a good idea to anger anyone holding a combat shotgun.

Oops. A newbie mistake. But fortunately the officer who approached the window was younger and friendlier than the leathery lizard who stopped us. After a bit of listening to us nervously fumble around and brutalize the good Spanish language, he realized that these two gringos on a grocery run were hardly worth the effort.

He waved me through without even asking for identification. Perhaps he feared getting a tumor in his left temporal lobe – the language center of the brain. Yes, even after vagabonding in Barcelona this year, my Spanish is that bad.

This should be an interesting two months. I’m armed with a laptop, a machete, Wi-Fi, and isolation (plus a dog) — let the Yucatan Experiment begin.

Quick ways to get updates on my battle with any zombies in the area: #theYucatanExperiment (Twitter) and on my Vagabonding Travel Facebook page.

You can read how my house sitting in Yucatan, Mexico went here in the summary post.

Previous Post: Vagabonding in France and the City of Light
Next Up: House Sitting in the Yucatan: Experiment Summary