The Well Is Dry? 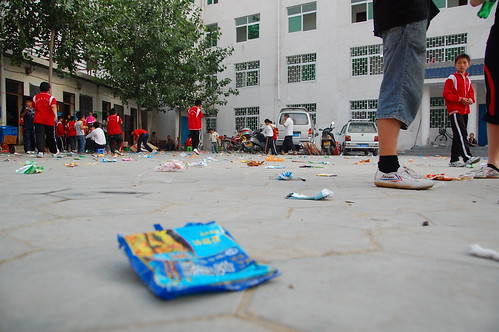 I told myself that the next time I fell into a chair in front of a computer that I would write something positive, or else change the name of my blog to “Complaining Begins.”

We live in filth!

Unfortunately, even the glass-is-half-full people would have to dig pretty deep to find something pleasant around here, I’m afraid. But there is always a positive way to look at every situation. I do, after all, still have two arms and two legs mostly attached. Granted, they don’t quite function as well as they used to before I began training Shaolin here. Now my appendages are more or less just bags of meat attached to a tired torso that I flail in whatever direction Sifu tells me to. But, for the present moment, they are still attached. Check with me again after evening training.

Staying clean around here is difficult. I do my best, but when you sweat for 10 hours per day and only have one uniform, things can get pretty sticky. I swear when I woke up this morning that my uniform walked over to the bed on its own accord. Yes, it’s that gross. Body odor and other salty smells float around on the breezes and it is often impossible to tell if I am the offender or the offendee. I’ve smelled some foul things while in the Army, but this is highly unpleasant.

And I’m afraid that it is only going to get worse.

About three out of five times that I try to wash my hands, the faucet only groans in effort and offers a sputtering of wet air on my hands. This has been happening more and more frequently, so we finally asked our sifu what was up. He explained very casually that “the well is dry.”

All of us city boys stood bewildered like a bunch of lost cows. Apparently, we are running out of water — which can make it pretty damn difficult to do simple hygiene tasks such as washing hands, taking showers, doing laundry, or even flushing toilets. The last is the worst part: you would understand if you saw the amount of oil floating on top of the food here.

Like everything else, a water shortage won’t kill us, it will just make us meaner. And stinkier. On those rare and beautiful occasions that I get to go into town, at least I will not have to worry about defending myself.

I don’t think that anyone will get close enough!

Have garbage? No problem. Just throw it out of the bloody window like everyone else does here! 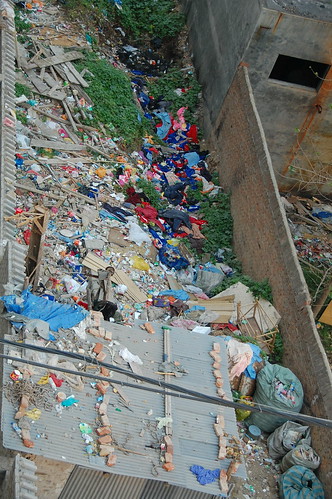 Previous Post: Shaolin Temple in Henan, China
Next Up: Progress at the Kung Fu School