The Voyage and the Great Unknown 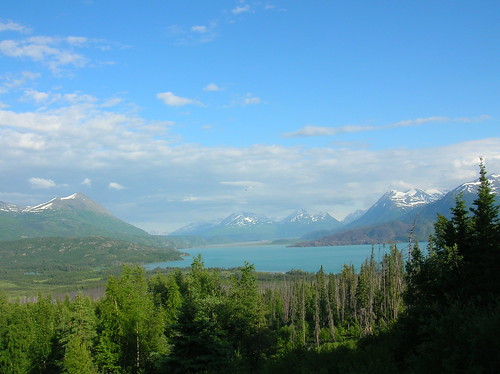 What happens to regular people when they are dropped into the Great Unknown?

I get a lot of press email, so my delete finger stays exceptionally twitchy. I typically swat the damned things into oblivion like the many mosquitoes here on the island, but one this week really caught my attention.

It detailed a social experiment by Heineken that “…takes different men from across the world and drops them in remote global locations with nothing but the most basic of supplies and directions.”

As a fan of survival shows and just surviving/staying alive in general, I was intrigued enough to investigate further. The resulting blunders of these guys trying to get out of remote places are made into short, fairly humorous episodes and uploaded to the Heineken site.

But it was the mission of Heineken’s Voyage campaign that really caught my eye: “…to test what men are truly made of when taken out of their daily lives and dropped into the great unknown.”

Until January of 2006, I was living a pretty standard-issue American life: corporate job, house in the suburbs of a mid-sized city, and SUV that made Arabs rejoice each time I started the thing. Like most other men my age, I hated Monday mornings and instead preferred to be on some outdoor adventure or bragging about last weekend’s adventures in an Irish pub.

The Voyage campaign asks: Are legends born, or made? It’s cliché, but everyone already knows the answer to that one. Despite a successful job as an engineer, I was hardly on track to becoming the next Thomas Edison – although I did share his sleep schedule. I don’t necessarily want to be a legend, but a scar or two and a story to tell couldn’t hurt.

A rich accountant may dominate a room temporarily, but let a man with an eyepatch and cigar walk in – then see what happens.

After Hunter S. Thompson gave up on finding the American Dream in 2005, so did I. The innate desire shared by everyone to grab the proverbial bull by the horns and kick it squarely somewhere it doesn’t like to be kicked, took hold. It was time to hit the road. Not to ‘find myself’ on some spiritual quest, but as Sir Edmund Hillary replied when asked why he wanted to climb Everest: Because it’s there.

Within the first few years of solo traveling, I found myself staring down a grizzly bear, numerous Komodo dragons, headhunters with machetes, heavily armed men, whale hunters with harpoons, numerous poisonous snakes, scorpions, Chinese kung fu instructors, earthquakes, tsunami warnings, land mines in East Timor, the queen mother of all spiders, a variety of sharks, arrogant camels, wild dogs, active volcanoes, squat toilets, and food that would make Andrew Zimmern quit his job. And that’s just the start. A far cry from the spreadsheets and cubicle walls I once stared down.

Some of the Dropped episodes were pretty entertaining. And creatively sadistic. I can just imagine some Heineken Dutchies sat around with beers thinking this stuff up.

Not only does a guy in Cambodia have to get from point A to point B in unfamiliar territory, they made him take along his giant, rubber-ducky boat everywhere that he went. The guy in Alaska had to do it all in a tuxedo. A supply crate comes to the guys in the Philippines, but it’s full of useless stuff. Or at least useless to anyone other than Bear Grylls. Maybe Macgyver could have constructed a helicopter if only they had included a rubber band with the contents.

Just as the regular guys in the series, I also found myself dropped into both Alaska and Cambodia on my first trip. But there were no blindfolded helicopter insertions; I could clearly see the mess coming my way. I had two options for getting around in Cambodia: drive a motorbike or ride with a chicken on my lap in some obscenely broken-down local bus.

I was fortunate enough to make my way to an unrestored Khmer temple in the jungle, over an hour from the main Angkor Wat site. After hiring a guide for $1 to take me around the known land mines and UXOs that still infest both Laos and Cambodia, I climbed all over the collapsed, vine-covered temple. Think Tomb Raider with neither tourists nor Angelina Jolie around to spoil the magic. Khmer carvings – small stone heads with their long, stretched ears – had broken off of bas reliefs and lay littered around on the ground for the taking. These 1,000-year-old artifacts belonged in a museum.

And while I didn’t actually get ‘attacked’ as the guy does in the Dropped Alaska episode, I did enjoy a real-life grizzly encounter on my return trip to America’s largest state. If the original, corporate-free version of the American Dream still exists in some form, it is in Alaska.

I actually dig the concept of this campaign. Nice that it focuses on adventure rather than encourages people to sink into a well-worn couch to watch sports on TV, as American beer ads typically do.

Yes, Heineken, I know exactly what it feels like to be dropped into the Great Unknown:

Terrifying and exhilarating. A rush that makes ordinary people – not just men – give up everything to chase that initial feeling for the rest of their lives.

Previous Post: Sunsets and The Machine
Next Up: So You Want to Be a Writer?