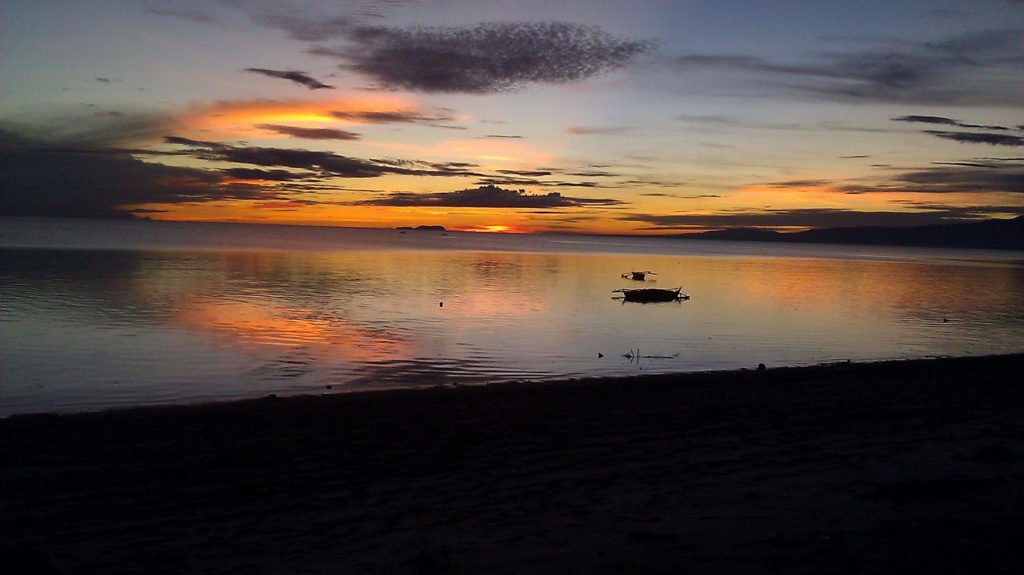 There was such a tangled sadness in his eyes.

The old bum’s gray beard was messy. And curls of snowy hair protruded from his watch cap. His denim jacket was dirty like clouds of cold breath. His head became even heavier as I wooshed by in my warm truck.

In an instant only brief enough to bridge our two worlds, we met eyes in my mirror. I actually watched his shoulders visibly slump a little. Once more he began putting one boot in front of the other. This wasn’t the first setback life had handed. He knew what to do.

But the truth is that I just saw him too late. I was too lost contemplating Sunday Valley’s whiskey and wine, my mind not in Lao Tzu’s present. By the time I looked up, he was a distant choice in my mirror. His exposed thumb was practiced but held low at elbow height. Hitching through suburbia must make hands heavier.

I contemplated turning around to collect him, but I already knew where he was going. He craved the embrace of gray concrete and red sirens in the city center — not even remotely close to my intended mission. The decision to turn back would have cost me 30 minutes.

A lousy 30 minutes to help a man. A fellow traveler, perhaps one who simply lost his way through the mountains long ago. So much for my karmatic inclinations.

Had I been in the Philippines tearing up some jungle path with two wheels, I would have stopped. No question. I’d have spun that motorbike around in a spray of gravel and frightened birds and listened to this man’s story. Shared a meal over tales of oily rail yards and bottled heartbreaks.

I’ve now been home in the U.S. a solid month. Do American months change a man so quickly? Is that television leaking poisonous ozone?

Through this frozen Kentucky mud, I can feel tiny roots of mediocrity and apathy breaking the surface. They’re trying to wrap themselves around my boots. Oh…how they would love to strangle my legs, lift me up, feed me into the gaping maw of an evil tree. The forest never wants to be seen. Lost wanderers must be allowed to remain lost; the bigger picture a myth. Muffled shouts are gagged with leaves as greedy vines probe for souls.

I don’t want to wake up one day with a corporate root tapped back into my chest. A long, splintery straw with an out-of-breath politician on the other side sucking and wheezing for my dreams. To wait in line with my bored date for some powdered chicken at Cracker Barrel, stop to make Arabs and oil company CEOs orgasm, then come home to collapse onto a corn chip couch. Burp and fart Grandma Javier’s processed biscuits stamped out by a robot in the country kitchen. Meanwhile, we watch a dozen hours of footage about rednecks performing various jobs throughout the country, which in true Orwellian fashion, is dubbed as “reality.”

No. I’d rather shake my foolish head alongside that sad little bum, compare tangled beards, and wonder just how warm it really was inside that truck with the Sunday Valley playing.

I’m not unhappy being at home in Lexington. Actually, quite the opposite. People always assume I spend days pale, trembling, and desperately pecking airport codes into Delta’s website with junkie hands. Coming home is my yin; there must be balance. It completes this bizarre circle of events known as my life. The runaway train must have some form of brakes, to at least squeal and squeak, if nothing else.

But what I fear is having time erode memories of those adventures, the super typhoons, jungles, and witch doctor love potions. I’m afraid that one day I’ll wake up next to a dull shovel and a note telling me to start digging a grave. The months evaporate quickly between adventures.

This life is eating me up — but in a good way. The fever burns. It’s coming in low, raw, and almost too fast to process. It’s a maddening marathon of experience and new knowledge. No time to filter for good or bad; the floodwalls have fallen.

Complete and total saturation seems to be the ticket. No foo-foo or tip-toeing around bullshit. This is a full-on, land-mine ballet with billions of performers and one demanding director. I get the feeling that we are creating something. Don’t pick and choose colors, just burn the canvas and sling paint onto the walls, and then your neighbors’ neighbors’ walls.

Who cares if the last bum you picked up pissed on your seat. You never know: The next one may be an old Saddhu or Bikkhu with the real secret to happiness tucked neatly behind those sad eyes.

I wish that I would have turned around. 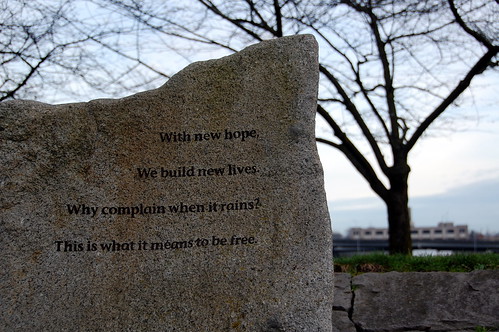 Spotted while vagabonding in Portland, Oregon.

Previous Post: Thoughts on the New Year
Next Up: Vagabonding Travel Injuries