So You Want to Be a Writer? 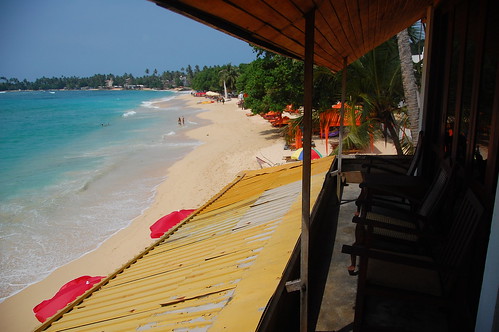 When was the last time that you smelled ink drying?

Computers are far too quiet. Not that I could survive without a delete key, but writing has lost a great deal of romance. Long ago, silent processors replaced the mechanical hum and satisfying whack! of new worlds being stamped onto stiff paper. What happened to having something to show at the end of a long workday? Something physical, a tangible output that can be held, read, and smelled rather than zapped away in a binary stream of ones and zeros?

We no longer write books – we code them like programmers. Other artists still get to fondle their mediums, but we relinquished our most basic of tools: ink and paper. Desperate writers are even deprived of the crumpled wads that once piled up around a typewriter on an unproductive day.

Few things are as daunting as staring at an empty document file. Particularly when other people, potentially thousands of eyeballs, are awaiting something meaningful to be placed inside.

The flashing cursor has the audacity to ask over and over: “what’s next, boss?” 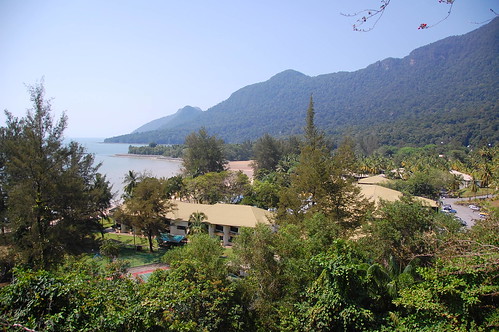 View from my office near the Sarawak Cultural Centre

This blank palette, adorned with scores of icons for tools that someone hopes you’ll use, can make or break you. Statistically, you’re much more likely to be broken than made. Sprawling hillsides have been stripped of trees to print dusty books that never leave shelves.

At this exact moment, underpaid laborers on many continents are working to provide coffee to a legion of chumps clicking away at coffee shops around the world. Writers the same as you: artists hoping to dirty this clean, white canvas with something that will make people respect them. And perhaps to pay for their coffee.

To make matters worse, as you tentatively peck out a word here and there, someone somewhere is filling an empty file – a screen that looked exactly the same way that yours still does – with a masterpiece. 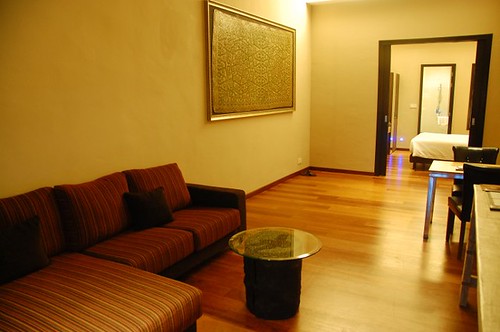 My office in Kuching, Borneo.

As you stare at that damned dirty cursor, still flashing with defiance, some lucky bastard is pouring the next great novel/screenplay/article into the exact same container with which you began. And they’re using the exact same ingredients, all of which you have at your disposal: fingers, keys, words, expressions, and sentences.

Hell, who says you even need keys? Or fingers? A masterpiece could just as easily be scribbled onto the back of a soggy napkin in a fit of sheer genius as it can be banged into the keyboard of an overpriced MacBook Air. Stephen Hawking still manages to get the job done.

Maybe later it matters who enjoyed pretentious skyline drinks with whom. Or what editor considered your last submission to stink less than week-old cat food. But at this moment in time, you are on equal footing with every other writer in the world who happens to be staring at a blank screen: void and naked of any and all excuses for your own lack of success. 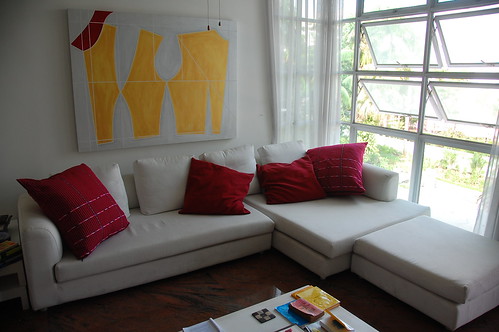 My office in Singapore.

It’s torture. A writer’s hell. A full ashtray and several dozen forays into Facebook later, you’re still right back where you began: a white screen with a motivated cursor awaiting some form of instruction.

Brilliance, brutally honest confessions, complete horse crap – the cursor doesn’t discriminate; it’ll gladly accept whatever you need to throw to the world. And the world is still waiting. You’ve got a plateful of ideas and morsels, but what to keep and what to share?

The Beast will accept whatever bones and scraps that you decide to toss under the table. Like the cursor, it doesn’t discriminate; it just needs to be fed.

It’s there. You’ve done it before and that’s why you’re addicted to writing. Despite being elusive, it’s bound to happen again – but probably when you aren’t expecting. It’s like forcing a shooting star to appear. Look away for a brief moment and the blasted thing flashes by at cosmic speed.

Elusive, yes, but you know it when you’ve got it. Nothing can stop you. Some force in the universe gets fed up with you staring at a blank screen, feels pity, and then opens the floodgates to your subconscious. Who knows how or where the words come from but when they come, stopping them is no longer an option. Feelings pour out like an eruption. Letters fly like shrapnel. After poking and prodding for hours, the creative jugular has been cut – it must be allowed to bleed.

Only a complete narcissist thinks they can take credit. A few moments ago you were just another wannabe paying six dollars for coffee to stare at a blank screen. Now, other writers begin casting hateful looks when they realize that you’re typing more than just a Facebook status. They know that you’re breaking through and they want the same. You find yourself nearly jolted off the ground, some kind of superconductor between the Unknown and human expression. You’re simply a catalyst, a chisel, an instrument used to translate the language of the ancients into usable output meant for people other than yourself.

The power is intoxicating. Lives and emotions hang in the balance at the twitch of your fingers. Your choice of words could be the breaking point for someone’s fragile grip. Or the lifeline cast to pull a lost soul from a bleak sea, not a moment too soon. Without speaking a word, you suddenly have power. People may be depending on you.

Words are bullets; sentences are grenades. You watch them speed by on the assembly line with the same apathy as a weapons factory employee, unsure of where they will end up or to which purpose they will ultimately serve. All you can do is put them out there and hope that someone uses them for a greater good.

When the white page is dirtied, the sweat dripped, the fingers cramped, the carpal tunnel dug, only then can you lean back and call yourself a writer. It no longer matters who reads or what they think of your phonetic explosion. You have produced something from nothing. You are a creator.

But don’t get too cocky; that white screen will be back in the morning. 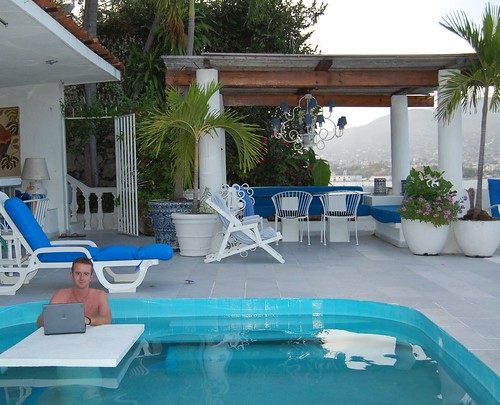 My office in Acapulco, Mexico

Previous Post: The Voyage and the Great Unknown
Next Up: Island of Thieves: Theft on Koh Lanta