My Opinion and Review of Taganga, Colombia 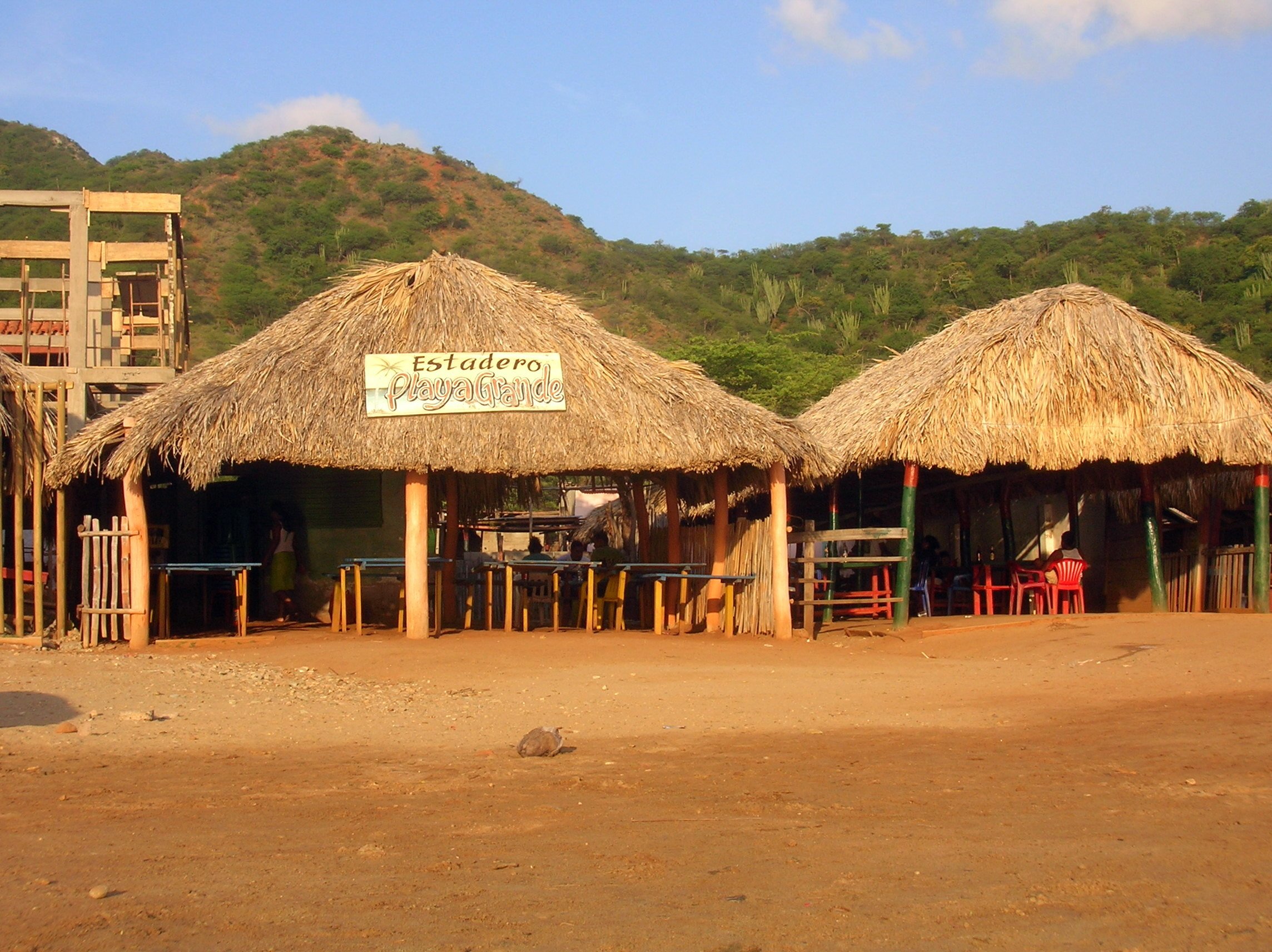 This is simply my personal opinion and review of Taganga, Colombia. To conclude quite a long, eventful trip, I hoped to enjoy some diving and beach time in paradise. Sadly, Taganga was anything but paradise.

After taking care of some business in Santa Marta such as finding a working ATM and admiring the first Santa Claus I have seen on a beach, Alex and I grabbed a 20-minute taxi across a sea cliff to the tourist village of Taganga, Colombia.

Taganga has been in our sights for many difficult weeks of busing around Colombia, Ecquador, and Peru. We were saving the little Caribbean beach town as a grand finale to our South American adventure.

I gave the driver his $3 and paused for a minute to let my eyes drink in the scenery. Water the color of jewels, white-albeit-somewhat-dirty sand, and lots of travelers. Taganga appeared to be the coastal paradise that had me burning up kilometers across Ecuador for the past week.

To say the least, this final stop before Christmas was highly anticipated after all the long days on the road.

We checked into the Casa Blanca, a Swiss-owned hotel directly on the beach with excellent views. The hotel was nice enough, but we  had to deal with perhaps the most murderous, unfriendly bastards they could hire to staff the front desk. Yes, they were truly that bad. No, I’m not just being a jerk.

After all these years of budget travel, my expectations are low, but I thought I was going to be throat punched in the Casa Blanca.

There were cheaper and friendlier hostels such as the Dutch-owned Hollandia or the French-owned Casa Filipe where you can immediately smell the owner/chef’s latest culinary creation when you walk in. But those were quite a way up the hill away from the beach. If there is ever a time to splurge while traveling, your last week on the road in 2009 is the time to do so! 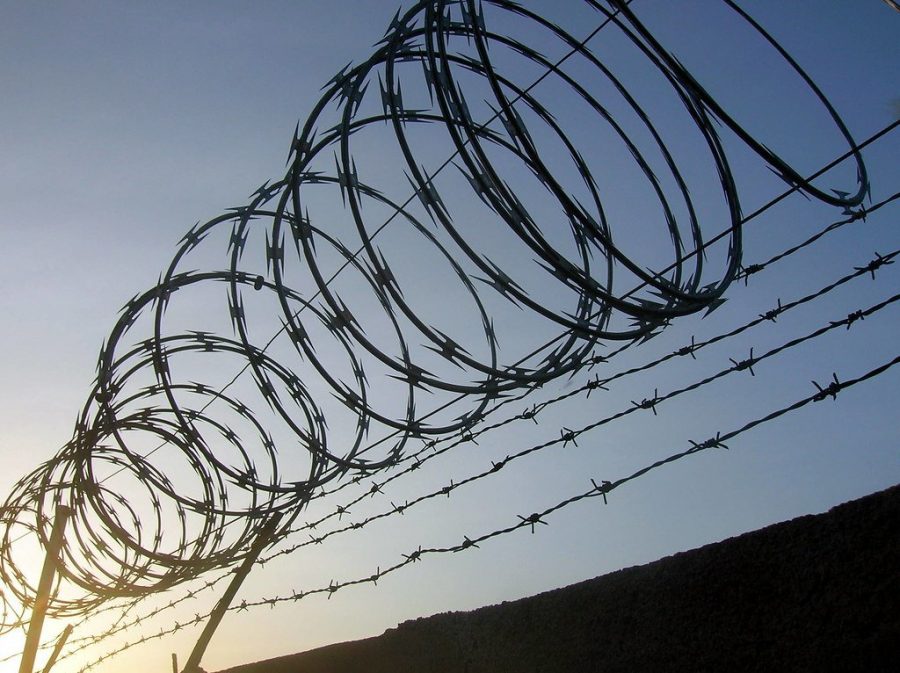 My Review of Taganga

After closer examination, Taganga seems to be a foul parody of paradise. One of those places that look picturesque from the top of a cliff when you are still too far away to see the ashtray they call a beach or the condoms floating in the water.

Rusted bottle caps and gravel are more common on the beach than seashells. POW-camp concertina razor wire and broken glass decorate walls rather than colorful murals. There is no reef, so you spend your swimming time looking at interesting rubbish artifacts on the bottom, of which there are plenty.

Plastic bags drift around you like ghastly, white jellyfish.

At night, even on weekends, there isn’t an abundance of nightlife in Taganga. Strung-out travelers and locals mix uneasily in front of the shops in a sullen murmur, sitting on steps and drinking rum or eating hamburgers and hotdogs.

Taganga, Colombia, is one of the few places I have been where straggly backpacker junkies beg for drug money more than the local residents. They come here because the blow is cheap, get hooked, and can’t leave. You’ll hear offers for cheap cocaine hissed from every shadow while you walk.

If you have been to Taganga in some bygone era, go take another look before sending me my usual dose of flaming hate-mail. Blogs are subjective; I write about something the way I experience it. Taganga has apparently changed radically in the last year from what my 2005 Lonely Planet calls “a quiet fishing village” into what will probably one day be the drug-ravaged Gili Trawangan of South America.

I don’t know for sure how Taganga was 10 year ago. Today, it’s a dirty little backpacker slum crammed with junkies, scammers, and openly hateful people catering to them.

There is a lot of construction going on all along the waterfront. The extra bricks for the new promenade and other construction waste still lay around in plain sight. It doesn’t take a knowledge of forensics to realize that things have changed very recently here.

Trash is already piling up because, according to one local I met, the barrel-drum trash bins are stolen as fast as the government puts them out! 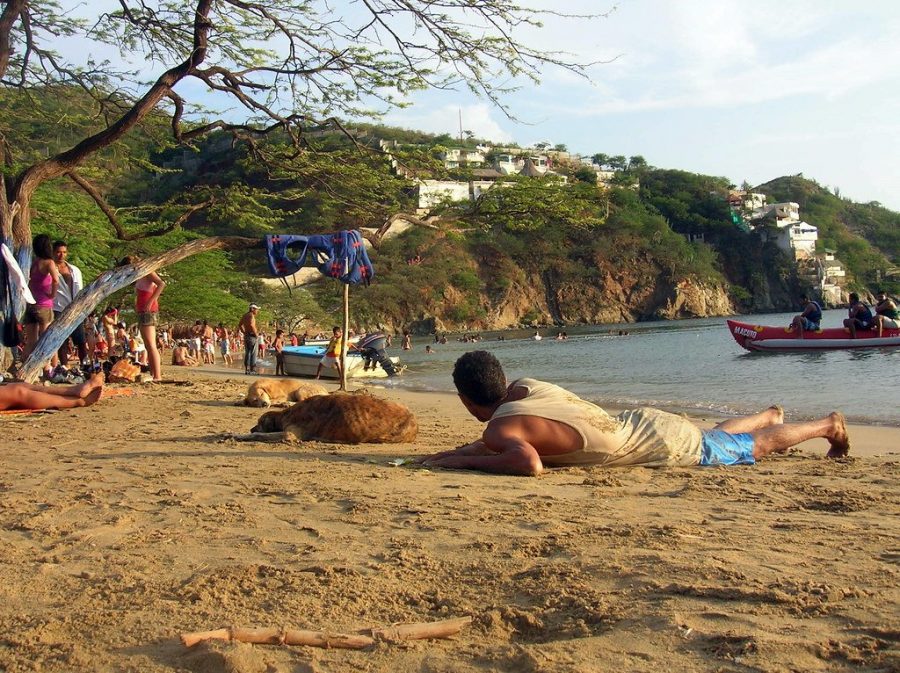 Tourism is relatively new here in Taganga. The fishermen are mostly long gone because a simple fried fish with rice bought right on the beach within eyesight of the boats can cost you the equivalent of $8. Ouch.

Needless to say, tourist prices here for eating, drinking, and basic living are brutal. Making the problem worse, local proprietors will overcharge you or give back the wrong change 90 percent of the time. Every transaction becomes a fight to wrong some right.

Even when you want to support a business and show yourself friendly, they’ll issue the wrong change or argue you didn’t give the denomination of money you handed over. Pay attention.

The nearly poisonous food will sadly make you watch the clock in dread of lunch and dinner, unless you pay the price in one of the expat-owned hostels listed above for something more edible.

I’ve been to some seriously unfriendly shitholes since 2006, and have eaten some disgusting food while traveling, but Tanganga tops the list.

Now for the controversial part.

My last and worst complaint are the local people. In 23 countries visited over the few years, I don’t think I have ever encountered a more hateful, unfriendly, miserable-toward-outsiders bunch of people in my life. I’ve certainly met friendlier people in places stricken much harder by worse poverty.

Whether they be shopkeepers, hostel workers, waiters, or expats…I can honestly say that these people would rather stab you in the face than attempt to complete a transaction.

I can’t put a finger on it. Before you lash out in their defense, realize that I’ve traveled in far poorer countries than Colombia for many years. The rest of Colombia was fine. What happened to Taganga?

What Happened to Taganga?

Maybe the bad attitudes have something to do with the recent construction, or maybe there is a local mafia/cartel shaking things up. Who knows what goes on behind the scenes.

With proprietors getting rich by local standards within eyesight of the Caribbean, it really is surprising behavior. The hatefulness is almost unnatural. I get the feeling that I’m missing something, that there must be some reason for this animosity that I don’t understand.

As a tourist, you’ll be given disgusted looks, shouted at, cursed, and all but spit on when you try to conduct transactions as simple as buying a bottle of water. So many times I busted someone giving me the wrong price or incorrect change. They don’t admit error when you call them out, either. Expect to fight for the smallest amount of respect. 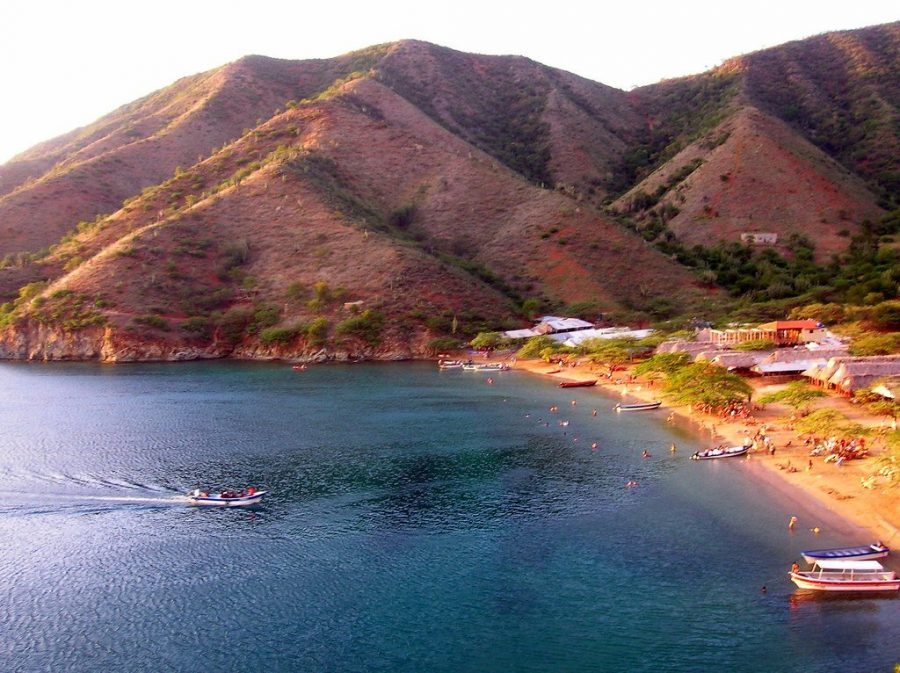 Even though I am doing some serious complaining, Taganga wasn’t all negative. We made the best of it and did our best to avoid getting robbed by junkie backpackers.

On the flip side, Taganga has a rugged charm that kind of grows on you — like a fungus. I enjoyed Taganga because it was one of the first places I have been able to interact with lots of other travelers in Colombia. The weather was a perfect 90+ degrees Fahrenheit every day, and the sunsets are impressive.

After a week here, you either learn to start liking the place with all its rough edges, or run like hell from all the red-eyed backpackers that moved here for the cheap cocaine. I’m serious. This place is a trap for addicts. Budget travelers who linger here pretty well only have one mission: they get hooked on shitty cocaine. A few don’t survive.

I spent an extremely lazy eight days here in Taganga, which after all the hurry-up-and-wait lifestyle of exchanging night buses for day buses to move around Ecuador and Peru, feels totally unnatural. Taganga was a great place to sit on the beach, get lost inside my own head, and absorb some of the things I saw in eight different countries this year.

Despite the negativity, this beach gave me time to get centered, prepare myself for coming home during a busy Christmas season, and to enjoy the end of my third year of vagabonding.

For this reason alone, Taganga will always be a special memory.

But I won’t be heading back to Taganga, Colombia, anytime soon.