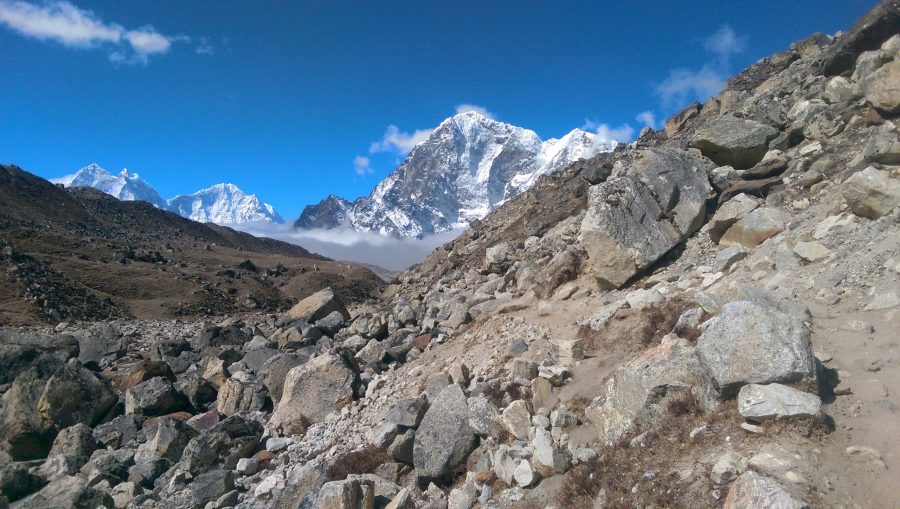 The solo trekking in Everest National Park (Sagarmatha National Park, Nepal) I did in 2016 turned out to be one of the greatest adventures of my vagabonding life thus far. I’ve recently come across some interesting, forgotten stuff from that trek in my journal I’d like to share.

I’ve already written about solo trekking in the Himalayas and my experience of being lost while alone in a blizzard. But both accounts focus on the grandeur—of which there is plenty—and danger. This time around, I want to write about the logistics and daily life on the trail while solo trekking in Nepal.

Nepal was eyeopening. I’m going to share a series here that covers the segments walked during 19 days in the Himalayas. Perhaps this will inspire you to plan and pursue your own solo trekking in Everest National Park. If nothing else, let it fuel your big-mountain daydreams.

May there be a road. 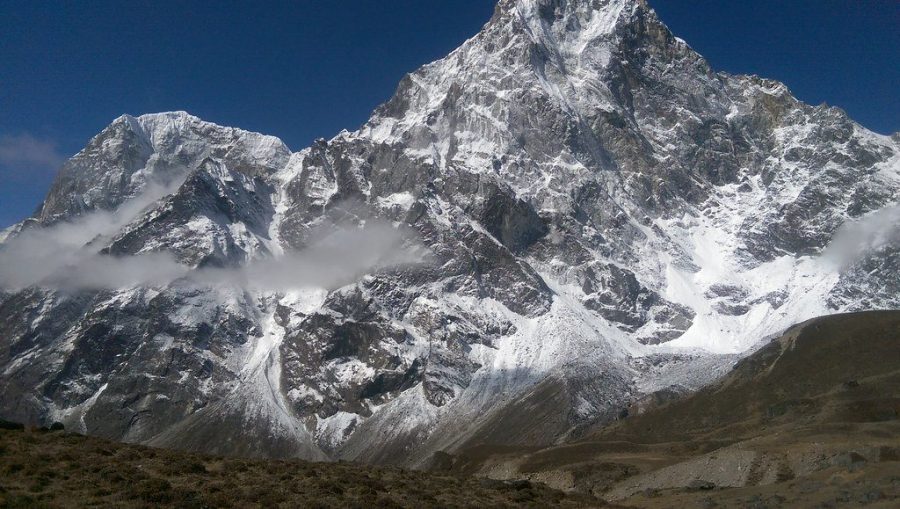 Why a Solo Trek in Everest National Park?

Maybe I felt I was growing too soft in Thailand. I certainly was spending a lot of time in flip-flops with fruit shakes in hand. Regardless, as Muir famously said:

The mountains are calling, and I must go.

Large tour groups were the default on the trails. Most people who enjoy independent trekking in Everest National Park hire a guide or porter and often both. They aren’t truly “solo.”

I knew I wanted to carry my own stuff. I had already been traveling the world for 10 years at that point and was used to having my home on my back. Way before making my escape from Corporate America, I had carried rucksacks in the Army that would make a mule curse and quit.

Admittedly, I also felt some guilt around the concept of local people following me with a heavy load and calling me “boss.” I’d make a lousy colonist.

Yes, Sherpas and porters depend on income from foreign trekkers, so I donated money along the way and left them my gear after the trek. 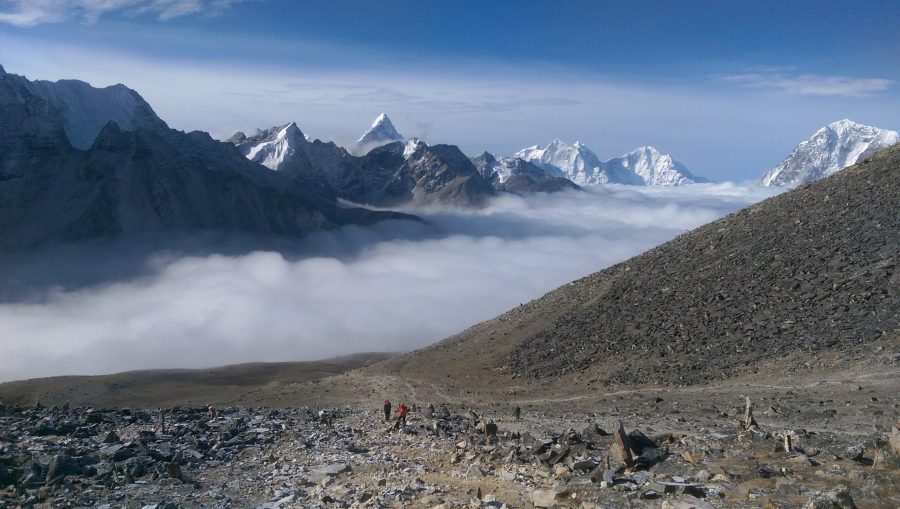 Going Without a Guide

I’ll go ahead and say the obvious: Trekking alone in Nepal comes with inherent risk. In fact, officials in the musky permit office in Kathmandu strongly discouraged me from doing it. They pressured me to hire a guide (one of their family members, of course).

Guides and porters handle different priorities on the trail. A porter costs less and silently carries your stuff. A guide, on the other hand, makes strategic decisions and can speak more English. Impressively, some guides can switch between several languages depending on their clients’ needs. I heard them speaking French and German within the same group.

The year 2016 was an epoch for me. My life had changed in big ways, so I had some serious thinking to do. With no guide, I could move at my own pace while trekking in Everest National Park. The idea was to stay lost in thought (and hopefully not the landscape).

As feared, I did get lost once in a winter storm at high elevation until dark, and it could have turned out very ugly. Adding insult to injury, no one at home would have been sure how to pronounce the place I had fallen (Ngozumoa Glacier).

Trekking from Lukla directly to Everest Base Camp, when done during climbing season, is relatively straightforward. The trail is busy and decently marked. Barring any weather events, solo trekking directly to EBC and back is doable for any hiker who has experience with elevation.

If you, however, decide to circumnavigate part of Everest National Park as I did, you’ll need to be able to read a topographic map. You will also need to make elevation calculations that carry grim consequence should you mess up the math.

On many days, I didn’t see any other hikers on the trails in the west side of the national park. Everyone was more interested in getting to EBC.

The paths in other parts of Everest National Park aren’t always obvious, causing hikers to become staggered and more spread out along the way. Solo trekkers were certainly an anomaly.

I’m only here to share my experience, and as you’re going to see in this series, am obviously not an expert. If you decide to try solo trekking in Nepal, know what you’re getting yourself into! 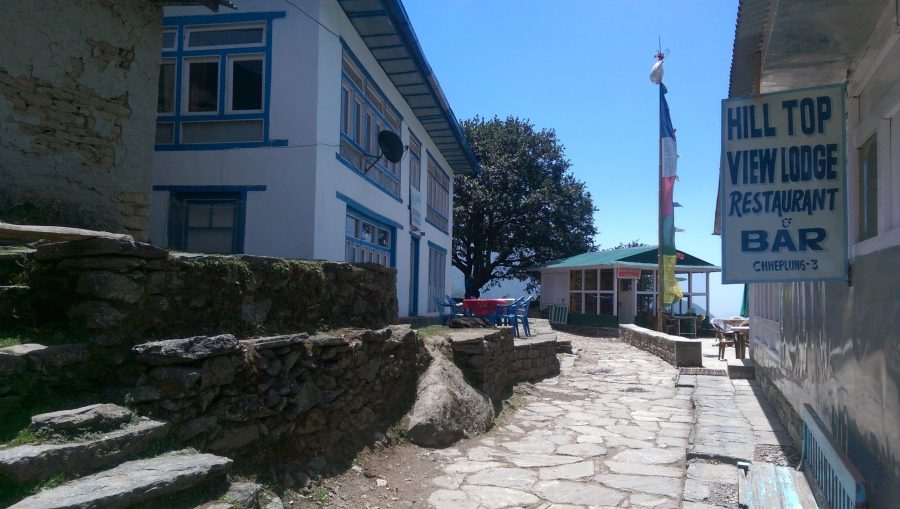 I’ve met many travelers over the years who raved about Pokhara, Nepal’s second most populous city set on a beautiful lake. From what I heard, Pokhara seemed to be appreciated by backpackers of all budgets.

Regardless, I just couldn’t bring myself to take a bus toward a city of around half a million people. For some perspective, Lukla, the usual entry point for trekking in Everest National Park, is home to around 250 people.

Maybe it was because Kathmandu’s traveler slum of Thamel had worn me out while planning and gearing up. I’ve seen my share of challenging places but still found Thamel to be a busy, polluted, cacophonous place I was happy to exit.

Whatever magic the hippies found there in the 60s was lost on me—even on Freak Street. 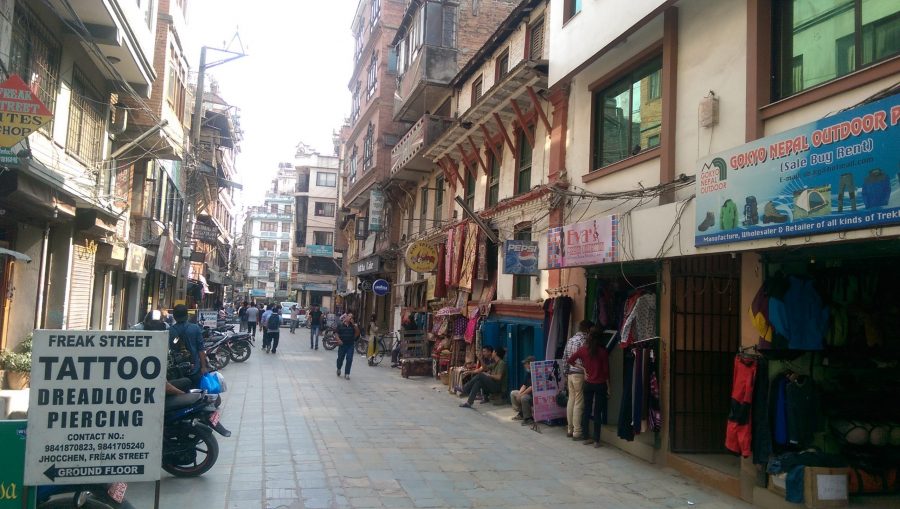 Why I Chose Everest National Park

I fully intend to hike the Annapurna circuit one day. But here’s why I chose solo trekking in Everest National Park instead of Annapurna in 2016:

But the real reason I chose to hike solo in Everest National Park is because touching the Khumbu Icefall had been a childhood dream of mine. Realistically, I understand that climbing Mount Everest is beyond my reach, physically and financially, but I at least wanted to stand at the starting line.

Touching the start of the Everest climbing route, the farthest you can go without an $11,000 permit, was good enough for this vagabonding traveler. 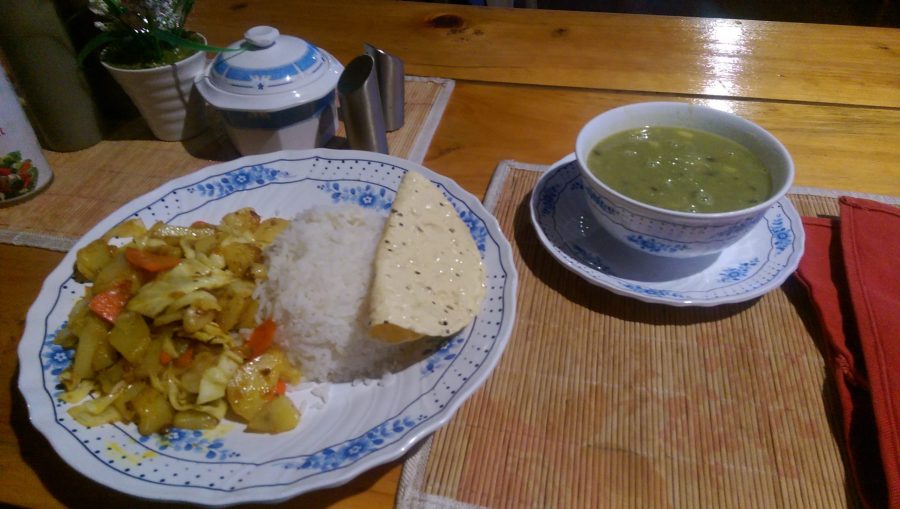 The inspiration to write this upcoming series about solo trekking in Everest National Park came unexpectedly after rereading my journal.

The trail, despite its discomforts, provided opportunity for insights. I’ll share some of them verbatim from my journal entries along the way.

All of us gathered around a glowing, dung-burning stove in the middle of the dining hall. Only people at sea level would regard burning yak dung as gross. At this elevation, it is the source of all comfort and luxury. Dung is stacked, saved, and cherished. Our stove provides more than heat; it provides happiness and life. It is antique, probably older than all of us. Tea is boiling in an ancient kettle on top. Red-cheeked Tibetans and Nepalis come in and out of the cold to warm for a few minutes. Someone is plucking a traditional, stringed instrument in the kitchen. Some Sherpas are playing cards, gambling with each other. I’m the only Westerner, and for once, no one pays me any attention. Colorful mandalas adorn the walls. Snowy peaks loom outside the two windows. Prayer flags are snapping loudly in the wind. The sun is creeping lower behind the second-largest peak, causing the snow to glow pink. I may as well be sitting on the set of some cliché movie. Everything is too perfect. I can feel peace wash over my broken body. I am blessed. 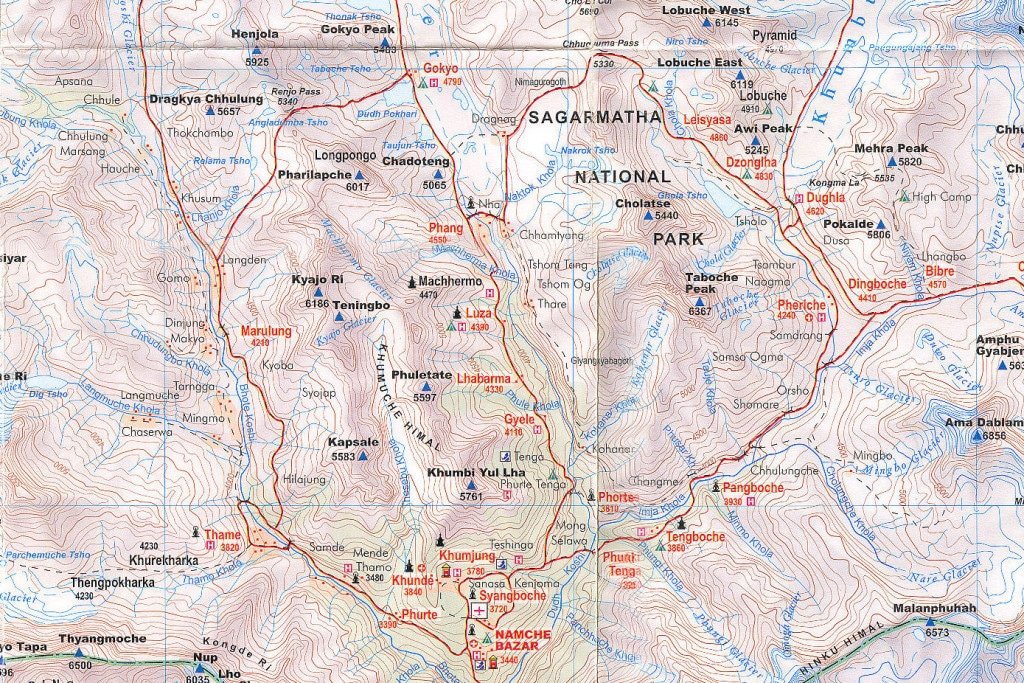 My Route Through Everest National Park

The buildup for May climbing season was in full swing. Pretty well everyone I met was headed directly from Lukla to Everest Base Camp.

That’s why I opted for the quieter trails on the west side of the national park. There wasn’t enough visa time left to do the full “Three Passes Trek” around the national park, so instead, I sliced northward directly to Gokyo. I then proceed clockwise until I intersected the trail to Everest Base Camp.

Deciding to forego doing the Three Passes Trek was difficult. I wanted to do it but would have had to practically run the trails and take bigger risks with elevation.

In the end, I decided that walking slowly and mindfully was preferable to rushing along just to be able to say I had completed the Three Passes.

Here’s the route for solo trekking in Everest National Park we’ll take in this series:

Don’t worry, it will make sense soon. Thank you for coming along as I relive and share this solo trekking adventure!

Next up: Getting Ready to Trek Alone in Nepal. 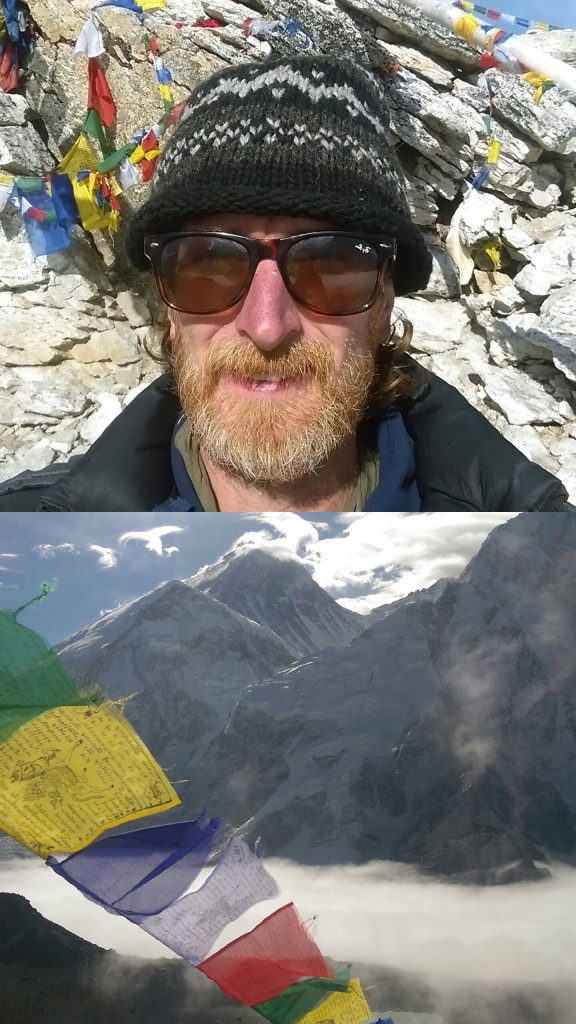 Previous Post: The Koh Phi Phi Tsunami Scare
Next Up: Getting Ready to Trek Alone in Nepal