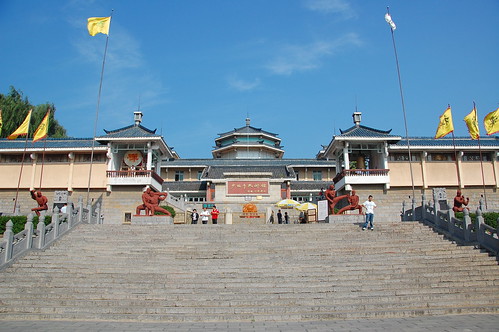 Unfortunately, I don’t have much time away from training and can hardly do a place like the Shaolin Temple in Henang justice in a proper write-up. This was definitely a life bucket-list item for me.

A few of us signed out today despite the disgusted look on our sifu’s face and caught a 20-minute cab to the famous Shaolin Temple. I have wanted to see this place since I was a kid, it has been romanticized in countless movies and books, and is the birthplace of all martial arts. Just one small problem… 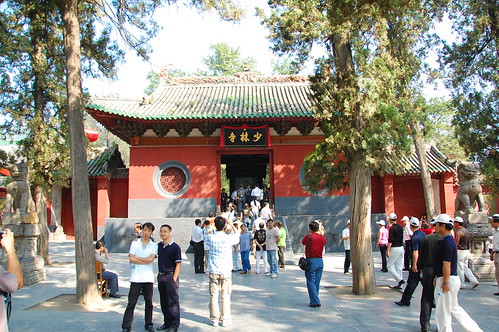 Everyone else in China wanted to see it, too.

We had accidentally stumbled into a Chinese Disneyland of rip-offs and huge tour groups that all wore the same goofy hat. They crept around the place like a septic sludge and always seemed to be behind me taking pictures. Many times we were quite the spectacle ourselves being some of the only white guys. It did not help that we wore our school uniforms to get half priced admission — 50 yuan rather than the 100 yuan everyone else pays.

I did enjoy wearing my uniform, however, as they made us stand out from the tourist masses. We were asked to pose for several pictures with Chinese people and I was proud of the fact that we were more than just visitors to this place: we were students. People knew by reading the Chinese on our shirts that we had traveled thousands of miles to endure the best pain and bruises that Shaolin could throw at us.

I was extremely happy that we accidentally stumbled upon the one thing in the temple that I really wanted to see: the Pilu Pavilion. It was a room at the very back of the temple which looked like just another dark room containing a Buddha, but there was a small sign on the ground that gave it away. This was the room with the famous indention on the brick floor from the monks doing their stance training in the same places for centuries. You could see where each stood and had collapsed the floor through countless drills and stomping of feet. The rest of the temple is relatively new, as it has burned down several times, but this floor has remained the same — very cool!

Unfortunately, the lighting was terrible (and photos were not allowed) but I did manage to get a few pics of the monks’ performance. In all honesty, it was pathetic compared to the performances given by my school’s team. No comparison. 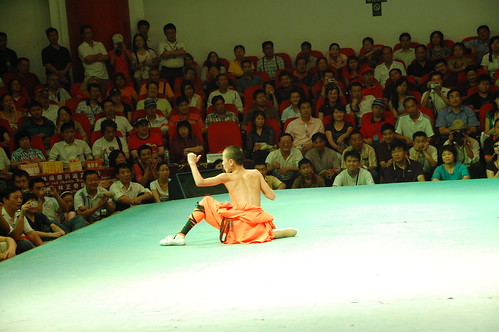 After the temple, we caught a cheap bus back to town and splurged on pizza and soft drinks. Good thing, as my morale has been creeping lower and lower here. I still enjoy training, but my appreciation for the setting and my sifu grow less every day. He is always pissed off, it seems, and has pretty much halted teaching to those who chose not to participate in the upcoming competition this October. All he cares about is winning a trophy.

The fact that there is very little free time and no English can make simple things like booking tickets very complicated. I have tried three times now to book a flight back to Beijing for the October 1 National Day holiday, and between crashed web pages and ticketing problems, have had no luck. There is a travel agent, but like most things here, it’s hit or miss. I walked by at 2 p.m. on a Thursday afternoon and they were closed. Who knows.

With the huge variety of colorful and delightful injuries that get handed out like candy here, I have decided to start a weekly update.

I leave you with a picture of my friends and myself standing in the famous Pagoda Forest where all the old monks’ ashes are. 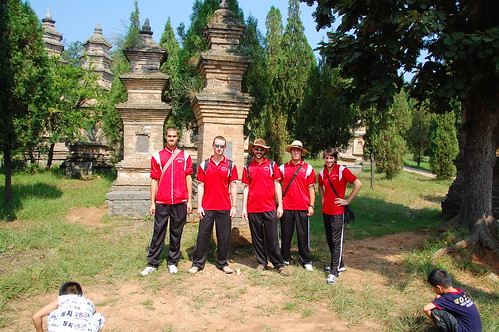 Previous Post: Man down!
Next Up: The Well Is Dry?