My Thoughts on Roadrunner: A Film About Anthony Bourdain 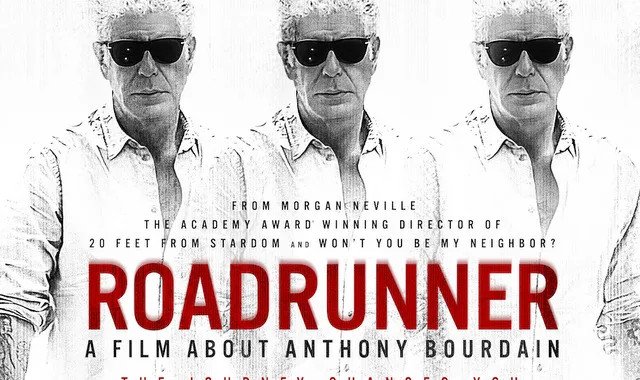 I saw Roadrunner: A Film About Anthony Bourdain in a theater over the weekend.

Note: This began as a Facebook post, but I quickly realized the film—and certainly Anthony—deserve more. Don’t worry, there are no Roadrunner: A Film About Anthony Bourdain spoilers here, only some subjective and deeply personal thoughts by a fellow traveler.

Check out the trailer for Roadrunner: A Film About Anthony Bourdain (YouTube)

After months of anticipation and watching the trailer over and over, it was time to pay homage to a man who had inspired me at just the right time in life. Anthony’s sardonic, self-deprecating writing and his heartfelt monologues provided the second-stage boost, the fuel I needed, to become a travel writer in my second year of vagabonding.

Anthony Bourdain’s No Reservations show premiered in 2005, the year when I was escaping Corporate America (link to my scienceofescape.com site) and aspiring to launch a new life of adventure. The timing was serendipitous. I was in need of a rogue travel hero who was still living, and in walked Anthony, probably smoking a Marlboro Red.

But unlike other travel and adventure show hosts, Anthony was likeable and even somewhat relatable. He was voraciously dispelling some of the most common myths about travel while still early in his career. I got to watch him experience the high highs and the low lows of the road as he learned along the way—what I hoped to do soon.

Vagabonding doesn’t cost much, but regardless, my savings account had become a scorched wasteland after a year of full-time travel with no income. Statistically, I was on my way to becoming an English teacher or crusty divemaster in Asia, like most conventional-life escapees at the time.

These career paths weren’t my first choices for noodle money, but anything was better than returning to a corporate cubicle to be flogged and beaten as the prodigal son.

Anthony Bourdain was a keen reminder that misfits could make drastic career shifts without proper training and come out on top.

He began as a drug-addled dishwasher with a fetish for sharp knives and finished as a loved-and-successful writer-traveler who inspired millions. The former location of Brasserie Les Halles, his old restaurant in New York City, has become a shrine adorned with art and flowers.

I wanted to enjoy the Anthony Bourdain documentary the right way.

First, I recruited the company of a tortured Bluegrass singer. Then we dressed the part and met for some Vietnamese pho, Anthony’s favorite dish. I knew better than to use the default Sriracha on the table. Instead, I asked for better, and the staff brought us their house-made chili paste.

With bone broth spiced to levels Anthony would approve, we shared how he touched our lives. Hours later, my mouth was still tingling when we went downtown to discuss Roadrunner. 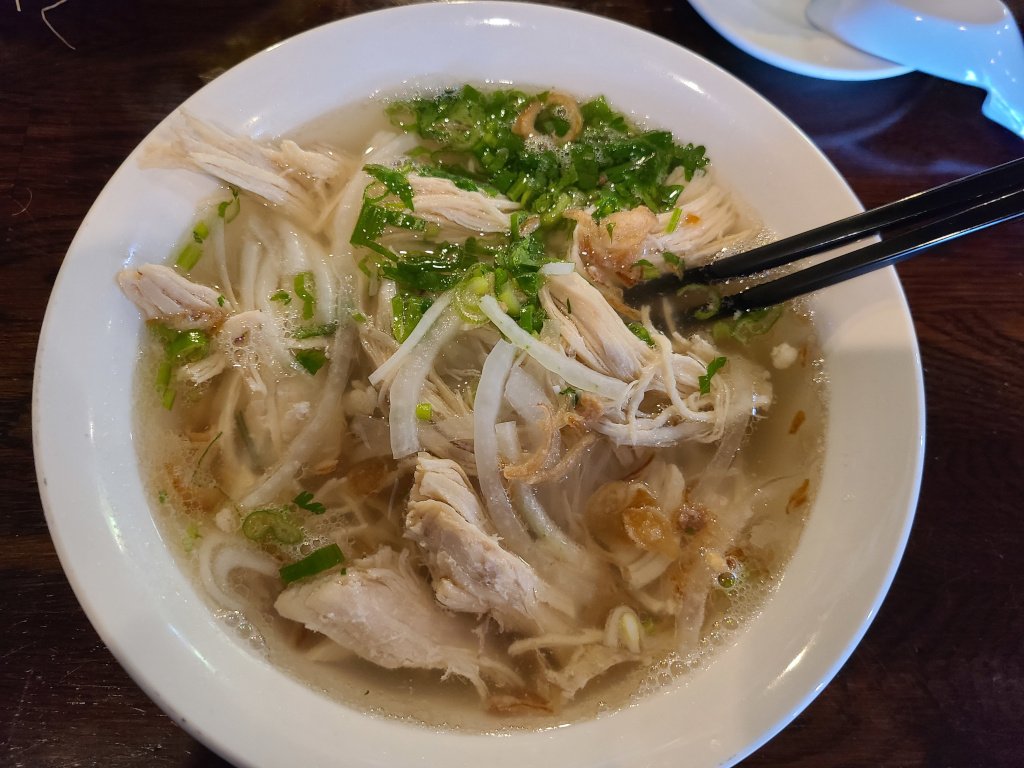 I found a ravaged copy of Kitchen Confidential in 2009 while held up in Dili, the capital of East Timor.

My hostel perimeter was protected by a tall fence topped with razor wire. Bullet holes remained in the wall around a nearby mosque. We had a strictly enforced 9 p.m. curfew when the hostel gate was locked. U.N. soldiers in blue helmets patrolled the streets by day. At night, warlords did as they pleased and fought each other for blocks in the suburbs.

I got stuck outside “the wire” one night after going to see a Guns n’ Roses cover band with some NGO expats, but that’s a story for another time. Yes, the show was worth it.

With few guests, no internet access, and a war zone on the mend just outside, my evening entertainment options in Dili were few. The television in the common area could only tune to one grainy channel: Bollywood MTV (which I still love to this day).

And I had Anthony’s book.

As I carefully flipped the yellow pages between two piles—the binding was gone—I fell in love with his voice. To me, it was reminiscent of Alex Garland’s cutting, unapologetic style. My 30-year-old brain sponged it up as a future influence. 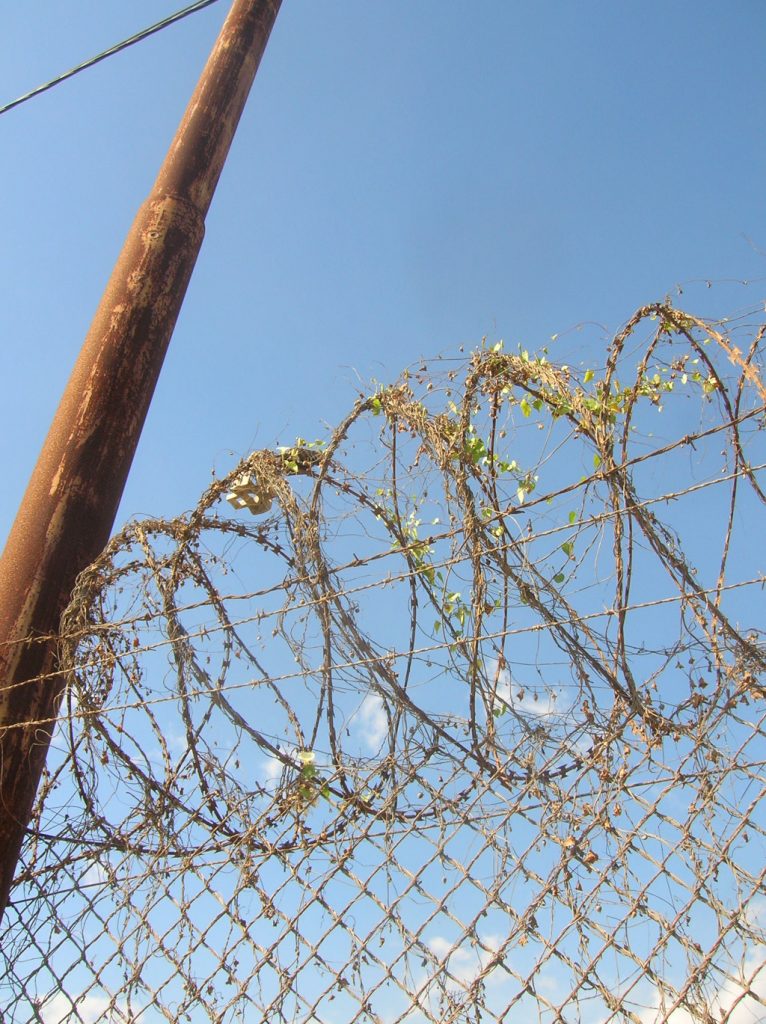 Now, I found myself waiting to mourn this same inspiring influence in a cavernous cinema that was nearly empty.

Eight of us strangers clustered in the darkness, handkerchiefs in hand. Vulnerable souls were bared and exposed, bracing for the beating that was surely to come.

After no less than 18 commercials, Anthony’s voice boomed over speakers meant to rumble explosions for Marvel heroes. As expected, the obligatory expletives came early and often, but so did the quotes that made me want to cheer.

“Travel will break your heart.”

“Life is about finding a cliff worth jumping off of [into water].”

I don’t know about the rest of the audience—they were silent—but my vagabonding heartstrings were being plucked one by one as each shot hit home and found its mark.

Zippos lit cigarette after cigarette. Drinks were downed. Animals were consumed. Places I knew well from Southeast Asia rolled across the screen. I’m pretty sure I recognized one of the Iban tribesmen from my longhouse stay in Sarawak, Borneo.

I longed more than ever to get back to doing what I know in the places I love.

Unexpectedly, I felt a surge of youth while watching Roadrunner, the Anthony Bourdain documentary. I was transported to a naive time circa 2007 when I cared more about the writing and the craft than whether or not adding a link would bring Google’s wrath down on my already crippled SEO.

Back then, I was winning one or two decent writing contests a year, including a Solas Best Travel Writing award. They became a part of my early income. My chi was flowing, and the air crackled with reckless possibility. All that mattered was getting that next travel adventure and then sharing it with readers.

Around 2007, I entered a contest to join Anthony on No Reservations. The lucky winner would get to decide where to go. I worked diligently for a week on my two-minute entry clip which included filming in the kitchen of a pho restaurant. Despite choosing the Ramones for the soundtrack and tossing in every other Bourdain-ism I could think of, I never heard back.

In 2008, I was invited to Chicago to try out as host for my own travel show. My writing samples had landed me among the top three entrants. The woman who entered after me got the part. I assume she stuttered and stammered less than I did—I bombed the on-camera part of the interview terribly.

I wasn’t very disappointed at the time. The show had been about domestic travel, and my heart was farther afield. I craved malarial dungholes, not shopping for minerals along Route 66.

But still, I wish I could go back and slap 2008 Greg around a bit to make him take it seriously. Or at the very least, tell him to buy a Bitcoin or two.

Some Thoughts on Roadrunner

I sat there in the theater darkness, silently weeping to dehydration, as one tortured soul after another filled the giant screen to light cigarettes and share in the hurt. They walked a fine line between admiration and admonishment, sorrow and anger.

By the end of Roadrunner, I came to the glum realization that not only did I lose a reluctant hero in 2018, I had witnessed his fall from grace.

In some ways, I wish they had left Anthony where he was: high on his pedestal in the shrine of my mind. But I paid Cinemark $13 to give me the Red Pill, and now there was no going back.

Know that, if you opt to go watch Roadrunner: A Film About Anthony Bourdain, you too are choosing a tough road to walk.

But if you’re a fan, this trip is necessary. 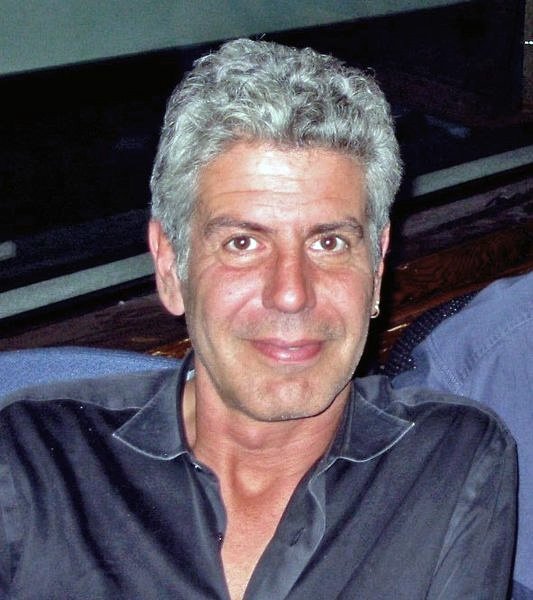 By the end, Anthony was no longer a martyr to me, a victim who had experienced too much life and died for his craft alongside Hemingway, Kerouac, Hunter S. and others.

The love was still there—and always will be—but now I see more than ever just how human my travel-writing hero had been.

I also better understood the dangers of growing older and lonely then falling in love with the wrong person—a very realistic possibility for us chronic travelers.

I was reminded of how much you can hurt others with your actions. I silently vowed to be a little more careful the next time I do something dangerous.

Going out in a storm of glory sounds romantic on paper but not when you leave others behind.

Live hard and die well, but never forget that your decisions are intrinsically intertwined with the mental health and happiness of people who choose to love you.

I chose to love Anthony Bourdain, just as I chose to go see Roadrunner. Both unexpectedly hurt like hell, but now I better understand one of the people who put me on this path. I wouldn’t—and couldn’t—have it any other way.

If you choose to stand too close to people who are on fire for life, you’ll eventually get burned. In this case, those scars are a small price to pay for the inspiration. They are one more ding from the hammer in my soul forge. I’ll carry them proudly. 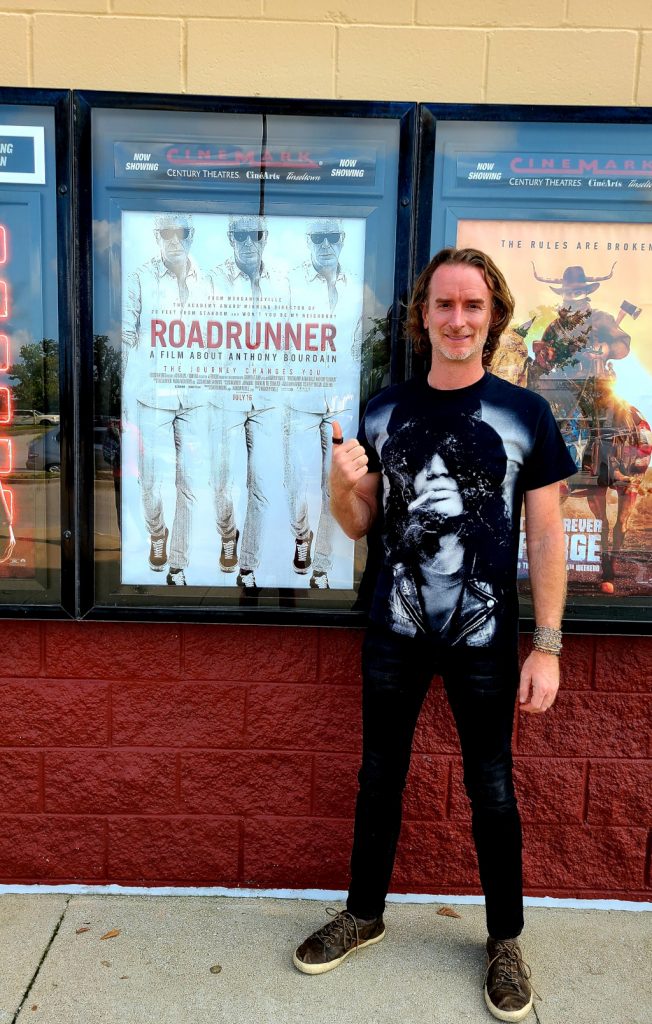 Previous Post: Three Days in Gatlinburg, Tennessee
Next Up: Horseback Riding on the Beach in Koh Lanta, Thailand