On Being a Photographer 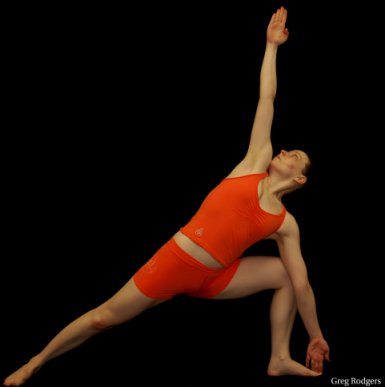 From a yoga shoot I just did

They say you should write about what you know, so since I make a bulk of my “living” through photography now days, I thought I would share my thoughts on this strange new profession. (new for me anyway)

When it comes to full-time photographers, I’m about as green as they come.  I’ve only been doing this a couple of years which means I started with digital and the luxury of the internet.  Never once did I have to get high on chemical fumes as I developed my own prints with crossed fingers that the exposure was correct.

Despite not having cut my teeth on film, I still have the utmost respect for the guys like Ansel Adams that had to hump archaic wooden contraptions up a mountain and then wait for days to take that one shot.  Thank God it doesn’t cost me money every time I press the shutter, I would be in trouble.

I still get a chuckle at the excitement, surprise, and hint of envy that people give when I tell them that I am a full time photographer.  For some reason, the public holds on to the romantic ideal that I spend most of my day sweatting in a Range Rover on a safari or clinging to a palm tree hoping to capture Paris Hilton topless.

Of course, I don’t burst anyone’s bubble…mystique is good.  But the truth is that most photographers, particularly local event photographers, aren’t really as cool as you would think.  Business is absolutely cutthroat – people that you work with will literally show up at your events, passing out cards, and hoping to intercept customers that would have bought prints from you. Many are terribly egotistical and are self promoting fanatics…they have to be, its the only way to survive.

Like most, I get an incredible feeling of satisfaction from creating artwork and prints…squeezing a concept from your brain into a tangible object is a great feeling – I do have stuff on display in a gallery in Louisville.  Unfortunately, most of my creditors don’t accept creativity in an envelope to pay my bills, so I have to hit the streets and play my least favorite part – salesman.

Over the last two years, I have learned quite a bit about human psychology in front of a camera.  I’ve learned that if you don’t present yourself with energy (and as slightly eccentric) that you won’t build that necessary trust needed with your subject.  People have to trust that you will take a good photo of them, otherwise they either decline or look nervous and unnatural.

Fortunately, that makes it fun…and gives me license to play the part of the tortured artist as much as I want, dress as eccentric as I want, and have fun with it.  There is a very direct ratio between how much confidence you present and how well your model or subject does.  People can literally tell if you are having an on or off night, and they will scatter like water bugs when you walk up with a camera if they sense that you are nervous or unsure.

My reception as a photographer at most events has been incredible.  I always get VIP treatment at parties, plenty of attention from both sexes, and get to meet local celebrities and personalities. Free cover, food, and drinks is a nice perk plus it gets me away from the laptop and forces me to approach groups of strangers…good practice for an introvert like me to aid in vagabonding and traveling alone.

I have also learned a lot about human physiology, or actually, the horrible contortions that our faces can make when captured at the start of a word or mid-blink.  At parties I inevitably end up taking photos of huge groups of sorority girls (they need the Facebook propaganda) and inevitably 1 in 5 will fubar the picture by having their mouth open and eyes closed.  Why do people want to talk when I am waiting to take a picture?  There’s nothing like getting home and uploading what should have been a great shot only to find out that there is what looks like a brain-sucking zombie standing behind the smiling group.

So my hobby-turned-profession probably won’t make me rich any time soon, but it is great experience and about as much fun as I could have while at home saving money.  Fortunately, I can do my job anywhere in the world with a camera, laptop, and finger…..so its portable enough.

My Nikon labels shots with a 4 digit number and it has rolled past 9,999 four times now, meaning that I have taken over 40,000 exposures in the last 2 years.

Now too bad I couldn’t have figured out how to sell all those for $10 each. 🙂

Previous Post: Unofficial Rules of Vagabonding
Next Up: Welcome to Bali