Off to Bangkok for the Election

For two months I have been telling people that I was leaving the U.S. finally, although I wasn’t sure when.

I was met with half belief. Hell, I half believed it myself. As we learned after countless false alarms in the Army: it isn’t really happening until you’re on a plane.

And that is exactly where I will be in nine hours.

I was dredging through press releases last week when one caught my eye: the upcoming elections in Bangkok. My heart gave an extra beat when I remembered the political coup, civil unrest, and even airport siege from last year. I was in the neighborhood last year, but missed the shooting. The elections are on Sunday and I felt that I had to be on the ground with my camera this time to cover what could be an interesting event.

The best mantra? Always go where the action is. Funny how one email can change your whole destiny.

Hopefully Thailand learned its lesson last year; I don’t expect the media hype or violence. Best case scenario, I hope to get some shots of the polls and/or soldiers in the streets.

So, to make the July 3 deadline, I had to do the unthinkable and book a flight directly from Lexington…ignoring my own advice of switching flights with a stayover in LA to save money.

Want to know what clicking “purchase” on a $1200+ ticket sounds like? A hurricane-force wind blowing money out of my account. I seriously need to find a cheaper hobby 🙂 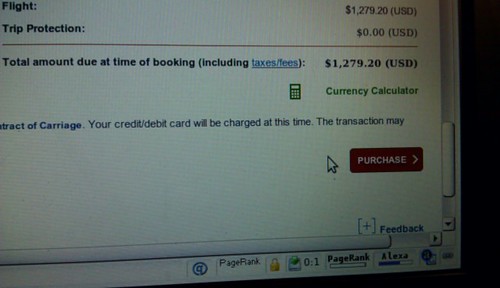 After screwing myself with only a seven-day notice for closing up shop here in the U.S., flying for 23 nonstop hours is going to be a cake walk compared to the stresses of preparation over the last week!

I fly Lexington -> Detroit -> Tokyo -> Bangkok. Some of my favorite airports (Detroit included). Unfortunately, I only have 50 minutes on the ground in Tokyo; so much for hitting my favorite sushi joint in the airport.

The frightening thing is that I literally have no mission and no itinerary outside of seeing the elections in Thailand. Sumatra is a real possibility; after Borneo last year, I’m starting to like these wild, large islands crawling with orangutans.

Hopefully, with the right attitude and an open mind, the correct place to go will present itself. Things always seem to fall into place when you stop resisting.

The worst part? The goodbyes, always. I’ve told 30x the number of goodbyes (both at home and on the road) a guy my age should have told by now. Instead of mastering them, they only seem to get worse with each one I tell.

So stay tuned. I’ll report in nice and jet lagged from Bangkok once I’m settled. As usual, pictures will be uploaded here: https://www.flickr.com/photos/greg_rodgers/albums

Previous Post: The Outer Banks in North Carolina
Next Up: One Long Flight