Interview with Nik Halik the Thrillionaire 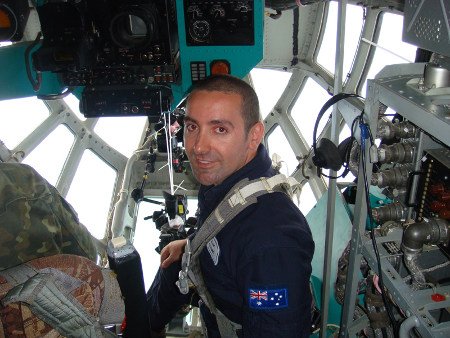 One great interview (see my chat with artist and author Sallie Latch) deserves another!

While waiting on my flight to South America, I had the opportunity to spend an extraordinary hour with Nik Halik, author of The Thrillionaire, on the phone and my life paradigms haven’t been the same since.

Rock star, adventurer, mountaineer, deep-sea explorer, and millionaire, he has 112 countries worth of travel experience under his belt. Nik can serve as an inspiration for everyone, traveler or otherwise.

He has even been to a couple of places that you won’t find covered in Lonely Planet (yet): the Titanic and outer space!

Nik made his dreams come true by taking control of his thinking. He decided not to waste his life in pursuit of material things and instead collects experiences. He subscribes completely to the idea that we attract good things to happen with the right attitude. Nik also invests in himself by putting money into life experiences.

We’ll start this interview with Nik Halik by introducing him and summarizing some of his impressive accomplishments.

Nik is a new vagabonding hero of mine, and his way of thinking is highly contagious — you’ve been warned!

At first glance, it would be easy to discount Nik Halik as another Richard Branson type who has the money to tackle whatever adventure he fancies.

The truth is, Nik wasn’t born into privilege. He was born in Australia to hard working Greek immigrants (his father was a truck driver) and actually spent the first ten years of his life in bed with debilitating asthma.

No one would have suspected that this fatigued little boy would go on to climb the highest peaks on four continents and plans to also make a bid on Everest!

Despite not having the money, his parents invested in an Encyclopedia Britannica for him with which he literally wore out his eyesight reading day and night while stuck in bed. For us Gen-Xers and older, those giant, dusty encyclopedias served as our “internet” before the web came along.

At age 8 and with a head full of dreams from so much reading, he wrote down a list of 10 seemingly impossible goals that, frankly, seem like the type a boy that age would pursue. Included on his bucket list of life adventures were:

Nik is different because he never caved into society’s pressure to give up those dreams and “grow up” by joining the miserable ranks in the Rat Race. Now, at age 39 he is well on his way to completing nearly all of his original goals!

Rather than go to university and get dumped into a corporate cubicle, Nik turned to music and started learning guitar. He became good enough at guitar as a teenager to teach lessons. Rather than blow the money as most guys his age would, he saved as much as possible.

By the age of 17, he had managed to save an impressive $30K. He left Australia for Los Angeles to embrace his dreams of becoming a rock star. Like many who attempt the same, he didn’t know what Los Angeles had in store for him; he only had his dreams.

Nik later ended up in the band Big Deal and playing with Bon Jovi and Deep Purple. Dream #1 accomplished.

Nik’s beliefs about money are in line with Rolf Potts (author of the book Vagabonding) and travelers like myself around the world. Life experiences and wisdom will appreciate and enhance your life over time. On the other hand, material things depreciate and actually become a liability.

Even being a millionaire many times over, Nik told me he doesn’t invest in “anything that moves” such as boats, cars, and the other things that the rich typically rush out to buy. He instead reinvests the money into himself (with life experiences) and into “multiple pillars of wealth” — automated ways to make income that don’t require your constant time and attention.

In other words, selling time directly for money is a bad idea.

Nik calls himself a “Thrillionaire” because, money or no money, he is rich in life experiences and wants to leave a positive legacy. He told me that his #1 ambition in life is to “walk with a smile on my face.”

According to Nik: “Capitalism is designed to entrench us in debt.” He goes further by pointing out how people physically become ill just to get out of going into jobs that they hate. The Rat Race is a trap that people fall into early in life when they are young and should be traveling, learning, and getting to know themselves.

“Money is the servant and we are the masters, not the other way around.”

He also points out in his book The Thrillionaire that our current educational system doesn’t provide young people with any practical financial education such as how to save money, how to invest, or how to use credit cards properly.

It is literally a system designed to crank out tax payers that are stuck in debt and unable to travel or pursue happiness. Sound familiar? 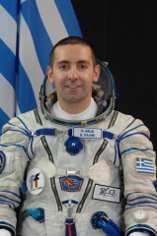 Nik on Travel and Vagabonding

Nik could have kept earning money and living the same rock star lifestyle, but instead he left music at around age 28 and went vagabonding for several years.

He recommends that we do serious traveling at least every five years because we change so much and it is necessary to know yourself again. His first advice to university students is to travel and take two or tree years to get to know yourself before jumping into the workforce.

Nik agrees that “travel is the best education ever” and his passport reflects that. He has been to Antarctica five times, explored the dangerous crystal caverns of Mexico, ran with the bulls in Pamplona (once wasn’t enough), and lived with Bedouins in Egypt among other things.

Even more impressive, he was the first Australian citizen to go to space (he went with the Russians) and has dived in a submersible to the Titanic wreck. He was also the first person to spend the night inside the Great Pyramid in more than 100 years where he had strange supernatural experiences. Why not!

Before we get into our interview with Nik Halik, the Thrillionaire, I will leave you with some great advice he gave me over the phone:

“Live a purpose built life. We are unique but relinquish control…as adults we need to think like kids again.”

An Interview with Nik Halik, the Thrillionaire

I was able to chat with Nik on the phone for almost an hour about his travels to 112 countries. We also talked aboutsome of his adventures like going to space, flying in a Russian fighter jet, and sleeping overnight inside the Great Pyramid.

Nik advocates making a “bucket list” of dreams and adventures (here’s mine) that you hope to experience and then attracting positive things into your life with the right mindset.

No matter how difficult the goals may seem, you can start by making small, systematic steps toward making each dream come true, then move on to the next goal on the list.

Nik is mostly finished with the list he made as a kid. Imagine the skepticism he met with when he said that he wanted to become a rock star or go to space!

Just for fun, here are some highlights from my conversation with Nik Halik:

Where are some of the favorite places that you have traveled?

Nik answered that he loves Morocco, the Middle East, and South America because you are “forced to assimilate” yourself.

After traveling so many places, where would you most like to live?

Nik currently has homes all over the world, including Australia, Greece, and the United States. I asked where he preferred to live and his answer was that he “still hasn’t found where he wants to live…and would live in space when the option becomes available.”

Since you’ve been a rock star, what are you playing on your iPod right now?

Not surprising, Nik was listening to some hair bands (I like the guy already) as well as Radiohead, Enya, and even Yanni!

Talk about some of the places that you’ve been

Nik loves Antarctica and has been there five times already. The Titanic (of course) and he was one of a very small handful of people to sleep overnight in the Great Pyramid (inside the sarcophagus, mind you!)

Did you get any sleep inside of the Great Pyramid?

Nik answered, “not much…a little.” He was kept too busy with a strange vision and supernatural experience that changed him.

Do the Russians think you are mad?

He answered, “yes.” Maybe it has something to do with the fact that he has deep dived to the Titanic with them, trained as a cosmonaut with them, and experienced zero gravity and MACH 3 with them! Why the Russians? Well, you won’t exactly find the ability to do all those things at Disney World.

After 112 countries, have you ever had any “close calls”?

Nik was nearly kidnapped in Bogota, Colombia, a few years ago and suggested that I “dress like a backpacker” rather than a businessman to not draw attention to myself. He told me this the week that I was on my way to Bogota…!

What did you think about running with the bulls in Pamplona?

“I ran twice. The first time I fell on my face in about eight seconds. Try running with the locals who know to start farther down the path rather than where all the tourists begin.”

After getting banged up on the street with some not-so-happy bulls close behind, I applaud him for getting back up and doing it again the next day! The most difficult part…? Surviving the San Fermin party!

What advice can you give to people in university?

“Travel a couple of years before you jump into the workforce. Get to know yourself first…you will come back far more mature.”

Nik’s book The Thrillionare details some of his adventures (like mountaineering and tornado chasing) and gives a very motivational insight into his way of thinking. I am reading it for the second time, and it’s as inspiring as the first time.

Nik recommends that we list our goals and then share them with others to be held accountable. Set specific dates for when you will take that big trip rather than just talking about it, and be sure to do research to help “internalize” that goal.

My interview with Nik Halik was perfectly timed and a keen reminder to focus on living life to the fullest.

Previous Post: An Interview with Artist Sallie Latch
Next Up: The Headless Buddha Statues in Ayutthaya, Thailand