My First Climb in Alaska 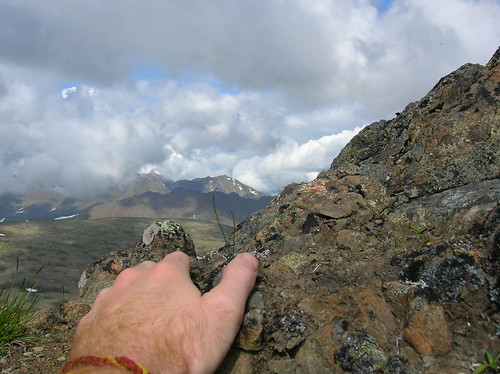 I knew the boulder that I was standing on — despite its huge size — was completely unstable. I was right, and as I held on to the handhold in front of me, an accidental kick from my legs sent it booming to the bottom of O’Malley peak where I had just begun my first Alaskan climbing adventure.

If I had not been paying enough attention, it would have been an unpleasant end to my Alaska holiday for sure.

A visit to the local climbing shop here in Anchorage turned up some useful intel for my mission to find a named peak worth climbing. Paul, the owner, spent a good 20 minutes with me sharing some good places for a high-rated scramble or a good solo climb (no ropes/protection). 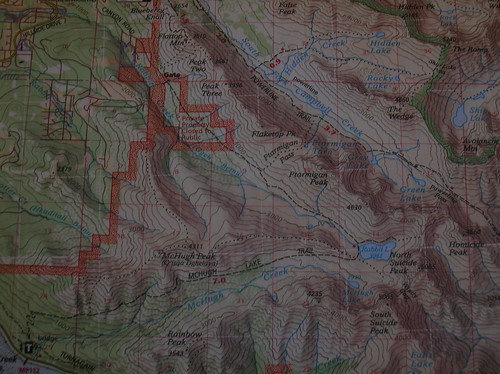 He warned me more than once about the quality of the rock in that area. After a short drive out to Chugach National Park, I found myself on a gravel trail, surrounded by other hikers — unfortunately — and looking for something suitable to sedate my lust for rocks. I ended up spotting O’Malley peak from the trail and the exposed grey rock sitting on the green ridge line seemed to both becon me and make me nervous.

I made a beeline for it.

The path was a couple miles of extremely steep grade, gravel and loose rock. It was a very unpleasant walk to the base of the climb. I reached the top of the ridge with shaking legs and burning muscles just after the walk, and had my Ranger pause at the bottom for about 20 minutes, just long enough to align myself with the rock and to regain some strength. Fortunately, all the other hikers had gone in different directions and I found myself pleasantly alone. Despite the wind, it was not cold at that altitude and the sun was smiling at me from a perfect blue sky.

This was going to be one awesome solo climb. 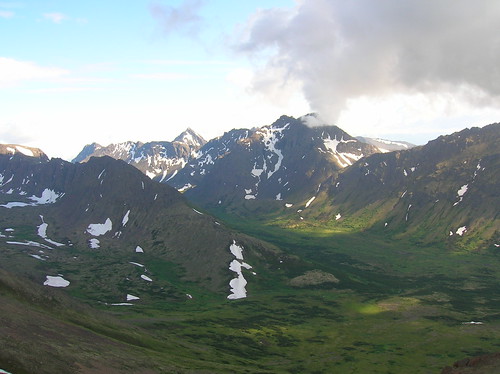 There were other paths to the top of the peak, mostly tough scrambles on loose shale rock that was sharp and ready to slide down the steep sides in large quantities. I chose to solo up the front face of the peak, which was vertical and about the same difficulty as the 3rd Flatiron in Colorado, rated around a 5.2 or 5.3 on the U.S. system. Just a tough vertical scramble, really.

After my third handhold had pulled from the rocks, and the large boulder I was standing on collapsed and pulled from the mossy cliff, I knew that it was time to call it quits on the vertical portion of the rock. I was sliding down the side of the mountain on loose, volcanic scree.

The rock quality in the Chugach is notoriously crappy and now I see why. After so many freezes and thaws, the rock is light and brittle — not ready to have a 31-year-old life trusted to it. This was nothing like the rocks I climb in Kentucky or elsewhere.

I know my limits, so after donating some skin to the rock gods for my slip, I rounded the ledge and finished the summit by scrambling up the dangerously steep side. My white T-shirt was actually ripped and bloody on the left side from my slide down the scree slope. I only hoped that I didn’t trigger a bigger slide while trying to reclaim my lost ground.

At the top of the mountain, literally embedded in the side of the rock where no one else would see other than solo climbers like myself, was a monument dedicated to a young boy who had died climbing the same rock face that I was hanging on. I closed my eyes and said a little prayer for him, then continued to the top. 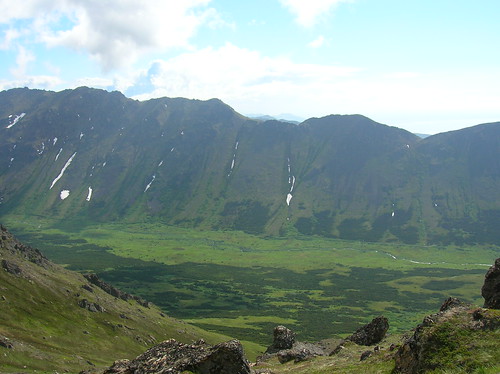 I literally stood on the highest point of the mountain, an area of rock about the size of a car, and looked out at breathtaking views in a 360 degree circle.

The wind was extremely strong at this altitude, so I spent more time kneeling on my knees than standing to avoid being blown off the damn mountain! I was still alone and never saw another climber on the very top of the peak. Despite the dodgey rock and a few scrapes, this was a perfect climb on an absolutely gorgeous Alaskan day. Even better, when I wasn’t sure which direction to go to get back down, a dog mysteriously turned up out of nowhere and guided me down! 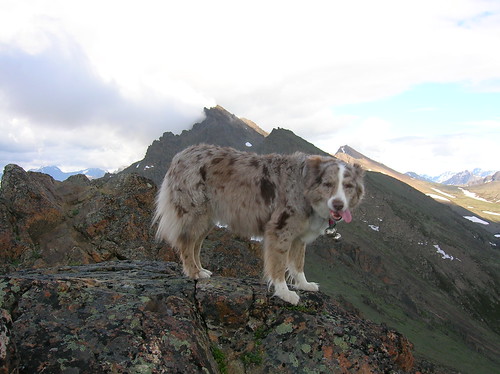 I will never forget this climb. I’m sure my rock rash and sore knees will remind me a lot of it tomorrow. 🙂