Back to the Forest 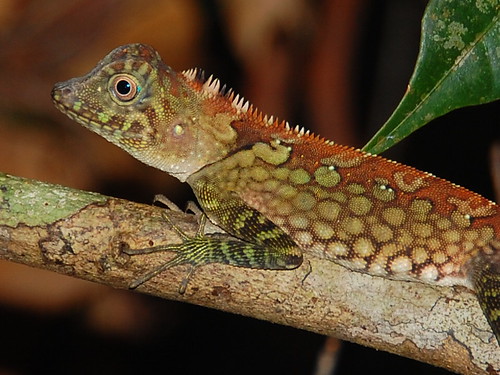 The tiny red ant had the strength of a centipede as it buried its pincers into my foot.

Nothing new, especially while trekking through a Southeast Asian rainforest. In a place with so much diverse life — much of it in the form of biting insects — I considered myself fortunate to find only a small red ant making such a fiery pain shoot through my foot.

Fortunate or not, there is still a pecking order to be maintained. I reached down to end his life for picking a fight that he obviously couldn’t finish. As I removed my Keen sandals, I found a much bigger surprise…

Quietly sucking away passionately, they were locked to my ankles like lovers on a June night in Paris. Their slimy bodies pulsated with the sheer ecstasy of gulping my blood. Days of laying around in the muck had apparently paid off when my unsuspecting foot presented itself as a warm, juicy meal. I never felt a thing; I have to give it to these nasty creatures — love them or hate them — they are good at what they do.

Believe it or not, leeches can actually live up to ten years. I was determined that these bastards weren’t going to live another ten seconds. Forgetting all my reading and training about how to properly remove a leech, I pinched the things off one by one — which was actually harder to do than it sounds.

Their mouthpieces and anticoagulants kept the blood flowing freely from each bite, actually making my sandals slippery to walk in. When I pinched their writhing bodies with my thumbnail, they burst with my sticky, red blood.

All bloodsuckers aside, I was enjoying a fantastic day in the field with perfect weather — a rare luxury in Borneo.  I  trekked all over the rainforest in the Lambir Hills National Park in Sarawak — one of my favorite Borneo national parks — and stayed in one of their small cabins for two nights. 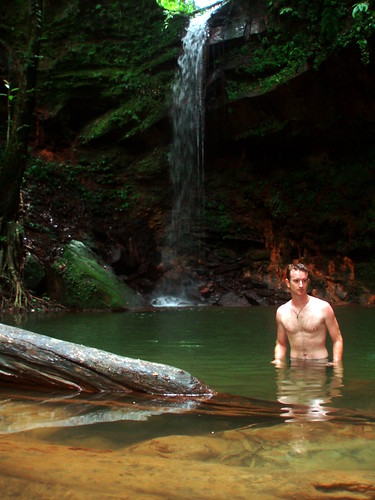 There were numerous waterfalls with icy water crashing onto smooth rocks; I swam in one remote, jungle pool (the one above) full of small fish. The trails were steep, but very enjoyable to hike. The humidity had mosquitoes drowning in the sweat on my neck and shoulders as they tried to bite.

A highlight of exploring the national park was finding an abandoned oil rig deep in the rainforest. The antique rig was torn down and scattered all over the damp ground — the same ground where the leeches ambushed me — but the drill pipe was actually still sticking in the ground. The smell of petrol hung over the entire place like a gas station, and bubbles from deep in the earth still popped up through the water resting in the top of the pipe. The first — and probably last — time that I will see what a ruined oil well looks like.

Long out of use, the rig was enormous. The entire site was mysterious. I was in a remote part of the national park, how in the hell did they even know there was oil down there? I wondered how in the world men could have possibly brought this heavy, industrial marvel down the steep, slippery trail that I had just walked. I searched around and found the answer; an antique steam car — the shape of a miniature locomotive — lay in ruins just a short distance away.  The rusting hulk had been claimed by the forest over the last 60+ years, but the metal wagon wheels and body were still well intact.

An absolutely eerie, amazing thing to find on a hike. I searched the iron giant for a date or marking and couldn’t find any beneath the rust and the vines. The track or road was long grown over; trees wider than my torso and miles of undergrowth had claimed the path long ago. I had to abandon the wreck sooner than I wanted because a couple of mad hornets went on the attack from a nearby nest; they were persistent about me leaving so I took the hint.

With feet still oozing blood, I wobbled back into camp around sundown with a huge smile on my face. Even with six confirmed leech kills today, I still love my job.

Previous Post: A Real Vagabonding Adventure
Next Up: Big Trouble in Little Brunei