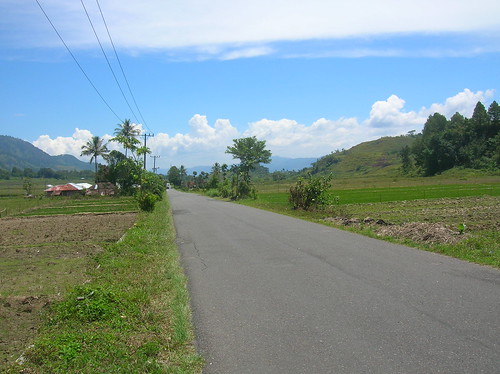 Amazing how sore a few days on a motorbike can make your bottom.

There are two types of motorbike drivers in Southeast Asia: those that have already fed the concrete and those that are going to feed the concrete with skin and blood. Luckily, I’m still a part of the later group.

After several more days of exploring this remote and fascinating place, I decided to give up my scooter. Despite the gorgeous scenery, I had the feeling that I was just one random chicken, dog, or pothole away from paying my dues. I even returned the bike with a flat tire.

On the last trip out with Chris – and with random Croatian girls on the back of our bikes – we were caught in an unbelievable downpour at dark. I couldn’t see three feet in front of me and was shivering violently enough to wreck us without the help of the slick roads. 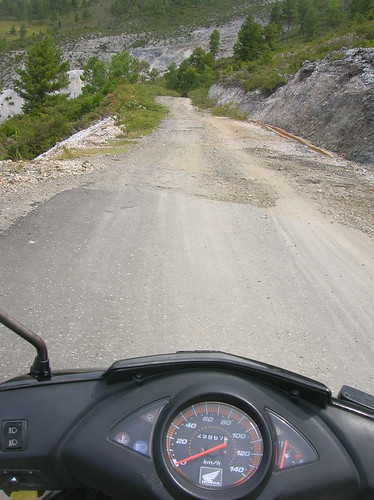 We even had to pull over and take shelter on a friendly local’s porch, shivering and watching the rain collect into a small flood. When after some time, it was apparent that the torrent wasn’t going to stop anytime soon, we decided to brave the rest of the way home to Tuk-Tuk. Just as I thought things were under control, I hit a massive, water-filled pothole which sent us bouncing off the road into the grass, just a few feet from a ravine, but miraculously we didn’t turn over.

Luckily, my Croatian friend – who was nervous about riding on the back anyway – had rain in her eyes and didn’t get to experience the minor heart attack I enjoyed by coming so close to the edge. In the end, we made it home, and ate a pizza to celebrate the survival, much to the chagrin of Chris and Marijana who thought we had already been carved up and eaten by local residents. 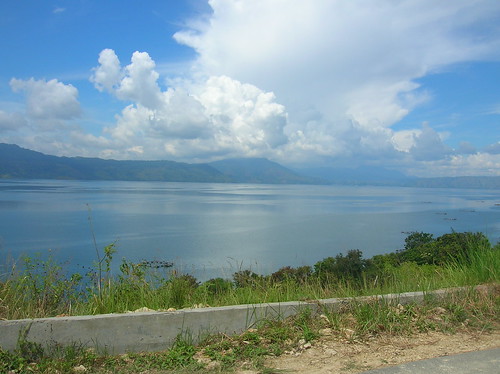 After telling so many great new friends met here goodbye – a daily occurrence on the road, I’m afraid – I had a very interesting end to my two weeks here in this beautiful-but-rough little place.

Unfortunately, details cannot be shared as to protect the innocent; however, the event did involve one long-haired Batak local with red eyes telling me without a smile that he was going to eat me. I did nothing to earn such a threat, I was only there to help a stranger just met.

Surrounded by his friends, I simply smiled back and told him in Indonesian “Anda tidak bisa, saya tidak sangat enak” (You can’t, I’m not very delicious) meanwhile scanning the room for a weapon to bash his drugged head in. He let out a maniacal laugh, and loosened up a little after I joked in the face of his threats. We even talked about soccer for a while.

I didn’t loosen up, however, and the entire time that we talked about sports, my smile hid the fact that I was gripping an empty Bintang bottle while thinking of applying it to his head at some point. My new friend and I were the only travelers around; there was no help to call, no cavalry would be coming.

In his drugged state, the man — whose arms were quite larger than mine — was literally convinced that I was some kind of “spy” that was on Pulau Samosir to cause trouble. WTF…not like I was wearing incognito aviator sunglasses or a shoulder holster. Thank God I wasn’t wearing an earbud for my iPod or something.

We chatted for a tense moment, part in English and part in Bahasa; I couldn’t understand what he was telling his friends about us because they were using the Batak dialect. Speaking a little of the language may have kept me kicking in a place with no police where a guy could find himself at the bottom of a very, very deep lake.

Later, after I had said goodbye and was walking at a quickstep back to my guesthouse, a knife was pulled on my new friend, who literally had to run for her life. She ran to me, the only person that she knew on the island.

Eventually, the current situation was defused, but in the end I spent a sleepless night in my room with the door barred and lights out, while peeking out the windows and wondering what was to come next. I even warned the guesthouse owner that there would be trouble, and he dutifully locked the gate.

I then caught the first boat off the island at sunrise — watching my back the entire time. Public transportation was too dangerous, so a private car carried us to a distant town.

Kenny Rogers sang “…know when to walk away…and know when to run.” This was definitely a time to run. You’ve got to listen to your gut in a place like Sumatra.

Sad to think that I can probably never come back here without an army escort, however, two weeks was plenty and I get one more crazy travel story added to the repertoire.

Previous Post: My First Encounter with Headhunters
Next Up: Climbing Gunung Sibayak in Sumatra