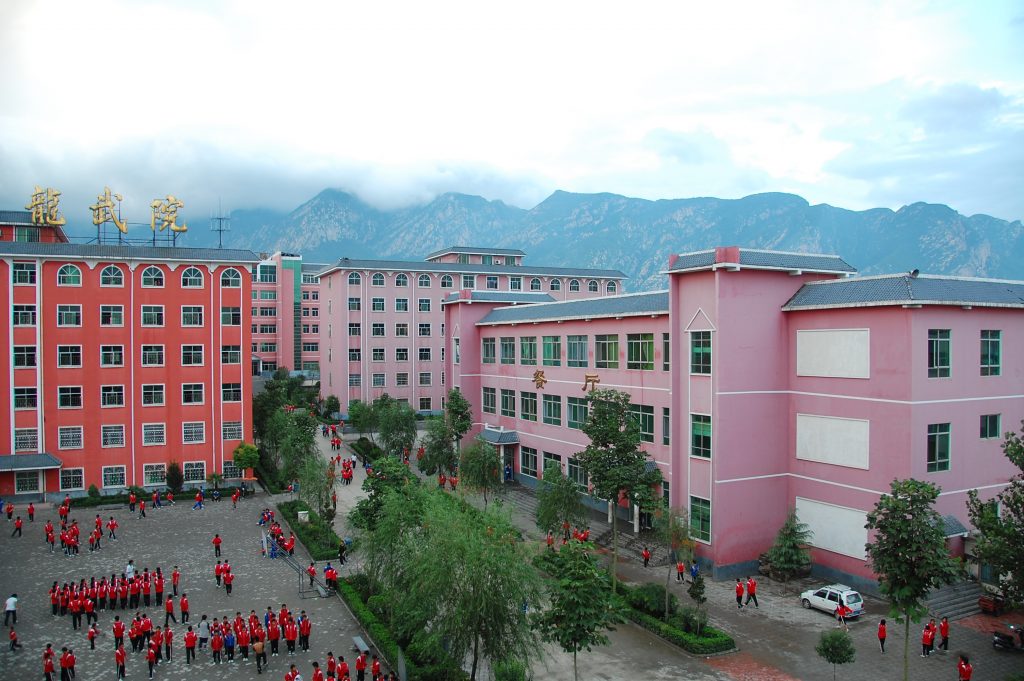 This begins a series of posts written by myself while studying kung fu at Xiao Long Wu Yuan, near the Shaolin Temple in Henan, China.

I trained there with 12 or so other Western students in September and October of 2007.

These updates are a mess. For one, there wasn’t much time or energy for writing during my time of studying Shaolin at Xiao Long Wu Yuan. Many posts were written with pen, paper, and flashlight while my roommate slept. Morning formations were often in the early darkness at 05:30, so sleep to recover was precious.

Once written on scraps of paper, I could only publish posts on my blog back then by braving smoke-filled internet cafes with broken, Chinese keyboards. This was done either during our one day allowed in the village of Deng Feng (if we were granted a pass) or after sneaking over the wall illegally to go make the post.

Several times I discovered the internet connectivity was broken, so I had to wait until the following week and publish several posts at once.

I hope you’ll forgive the low-quality nature of these updates. Photos were added to alleviate some eye pain.

Regardless, I kept these updates mostly as is because I feel like they capture an exciting, unique experience — one of the greatest adventures during my life of travel.

I sit here so sore that I can barely focus to type this update, but I’m going to give it a shot.

I have been keeping careful journal notes in what little free time there is, but they sit peacefully back at Xiao Long Wu Yuan, my new kung fu school in China.

Today I hitched a ride to the nearest town of Deng Feng for my half day off. I definitely plan to re-write and upload pics someday when I can manage to do so!

Amanda’s little packet of mystery pills she gave me in Beijing worked — no more demon living inside my bowels. This is quite amazing actually, given how sick I was.

Neither one of us know what I took. The packet consisted of no less than 16 random pills given to her by the kung fu school doctor.

I told Amanda goodbye and had an uneventful flight out of Beijing to the big city of Zheng Zhou in Henan province. As expected, someone from Xiao Long Wu Yuan was waiting to collect me in the airport. Unfortunately, it was not the person I wanted to see:

Amanda had really made a point in Beijing to tell me what a nightmare her sifu had been. Not just because he was hard, which he was, but mostly because he wasn’t a very good teacher. 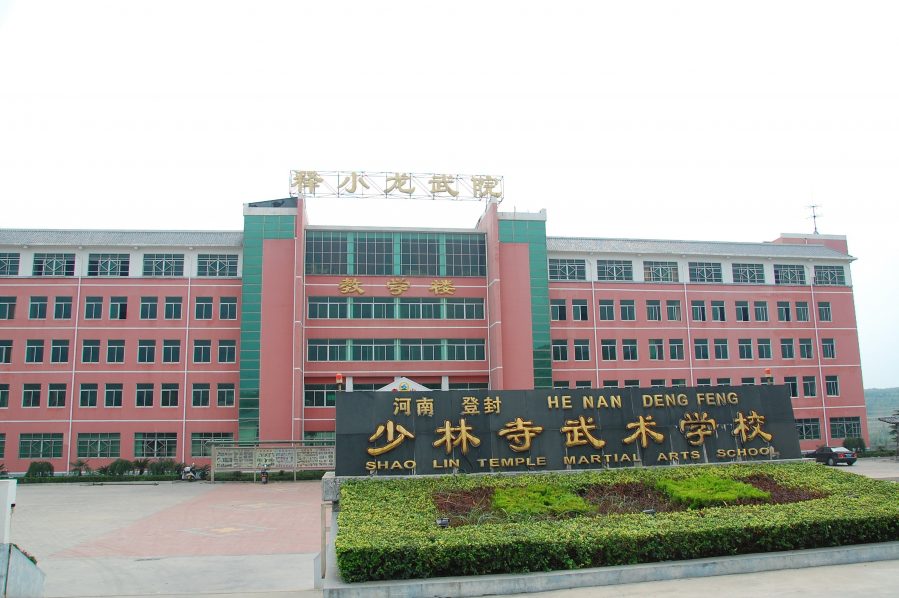 I tried to smile and act pleased to see him, but unfolding perfectly in front of me was the nightmare that Amanda had warned me about. I thought about trying to switch groups (Western students were sorted into groups under different teachers), but decided just to stick with him.

Looks like I’m going to get my money’s worth.

Speaking of money, he and I are already off to a bad start. When we arrived back at Xiao Long Wu Yuan, he asked me to pay him without providing a receipt.

I was expected to hand over more than $600 U.S. dollars for the first month, to a shifty person I’d just met. My traveler sense caused me to balk. I told him I’d pay at the office, as was detailed in the pre-arrival instructions. The exchange rate wasn’t clear. He didn’t like that, and for the rest of my time at Xiao Long Wu Yuan, did his best to ostracize me.

I probably caused a loss of face. And on my first hour here!

I try to get there around 05:30. You do not want to be late! Friends know I’m much more nocturnal than a morning person, but I’ve been through Basic Training and AIT for the U.S. Army. We had to get up even earlier to get yelled at, so this isn’t a big deal.

Us Western students are trained separately at Xiao Long Wu Yuan, but we do join the other 4,000 Chinese students here for morning runs which are done in formation.

We stand in morning formation in our sleepy little groups ready for whatever the teachers can throw at us, and wow they can be creative — and horrifying — sometimes.

On day one of my training, I was doing back bridges (from a standing position you look straight up and fall backwards into a graceful arch…or just hit your head on the concrete like I did) and handsprings on concrete!

Who needs wimpy luxuries such as mats, pads, or safe training areas. Our acrobatics training is done in the stone-bricked courtyard, still strewn with gravel from the recent construction.

Trust me, it hurts. The first day I was banged, bruised, and skinned up — all done to myself with attempts at things I don’t know how to do (and little instruction)! 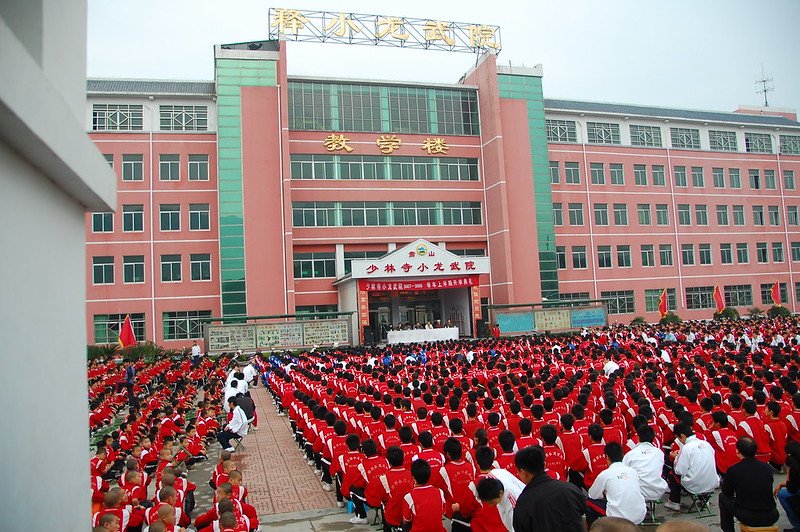 Life at the Shaolin School in China

They are still building the new Xiao Long Wu Yuan school around me. I hear that we have a much nicer place here than the last school location. The views of the Song Shan mountains in the morning are indeed spectacular when we run.

The running! We line up and join the other 4,000 Chinese students that run down the main road in formation while chanting cadences. Our shouts reverberate and probably wake up residents of other kung fu schools, of which there are many. This area is ground zero for studying kung fu in China.

I can feel a sense of hardcore pride swell up in my stomach that I haven’t felt since Basic Training, so I love it. That is…until I am gasping for air like a fish flopping around on the carpet. The longest individual run we did was 10K. And when you can’t run any farther, you have to drop in place to do pushups. Then get up to jog again.

Today, at least once a week, we run nine kilometers (almost six miles!) up a mountain which includes many stairs. Despite the difficulty, it’s a nice break from the usual route we run along the streets.

We are running in kung fu shoes that have no support or bounce, so every step sends shocks up your legs and to your knees. I already have half-dollar-sized blisters on each foot (click here if you have a strong stomach) that stay wet. I’m guessing they will probably take a long time to heal!

No big deal; I’ve had much worse backpacking travel injuries so far.

Aside from the hellish PT, the kung fu training at Xiao Long Wu Yuan is fun. It’s very motivating to watch the senior students and how much they have learned in just one month here. We finish training at night, then have about an hour before lights out at 9:30 p.m.

You don’t want to be caught up after lights out. But not like anyone has any energy left at that point anyway!

At the end of each day, the stairs to the rooms are blocked by sitting students who simply couldn’t go up another flight of stairs to reach their room. I am often one of them. Our legs are often trained beyond muscle failure, so you have two choices: crawl upstairs or sit and wait until you recover!

I typically opt to sit, giving a chance to chat with fellow students. Again, it builds a sense of camaraderie.

Interestingly, the teachers lock the door to the Westerners’ dorm building from the outside at dark. We literally couldn’t get out if we wanted, building on fire or not.

The other foreign students here are very nice and helpful. There is a general we-are-all-in-this-together attitude, so everyone watches out for each other.

Western students here are a variety of ages and skill levels, (including a 14-year-old girl!), but I am, no doubt, in the upper-age group. It can be a little disconcerting seeing guys 10 years younger than myself limping around with bandaged knees and torn groin muscles.

Injuries seem to be a part of daily life here in Shaolin land. I know my day is coming.

There is very little free time, and even less English available, so simple things can be quite a chore to get accomplished. Learning some Mandarin is a must.

I am slowly learning my way around, however, and will soon have a routine. I am sore from head to toe for a variety of reasons. But nothing serious as of yet, and I know that I will survive.

All tough training aside, I really think that the hardest thing about being here is knowing I do not have to be here!

To go from the complete and total freedom of backpacking travel to staying in one place and being given such a rigid schedule is a serious reality check. It feels like someone stuffed me into a very dirty (more on the filth here later) and unpleasant cage.

Technically, we can leave whenever we want — forfeiting our month’s payment, of course. Walking out is a one-way decision.

I know that I am not going to quit, so I will give it a few weeks at least, or until I get too injured to train kung fu here, which is why I came to Xiao Long Wu Yuan near the Shaolin Temple in the first place. I can only hope that my Army Basic Training, albeit 10 years ago now, will help me through.

I have Sundays off and will certainly write a much better account of the school and the experience. For now, I have to go lie down before my spleen finishes rupturing (joking).

For your viewing pleasure, here is a low-resolution YouTube video of studying kung fu at Xiao Long Wu Yuan. The video is definitely propaganda heavy, but it does do a good job of showing the size of the school in 2009.

To see how the next month of my daily life and training at Xiao Long Wu Yuan went, check out this mega post about studying kung fu in China. 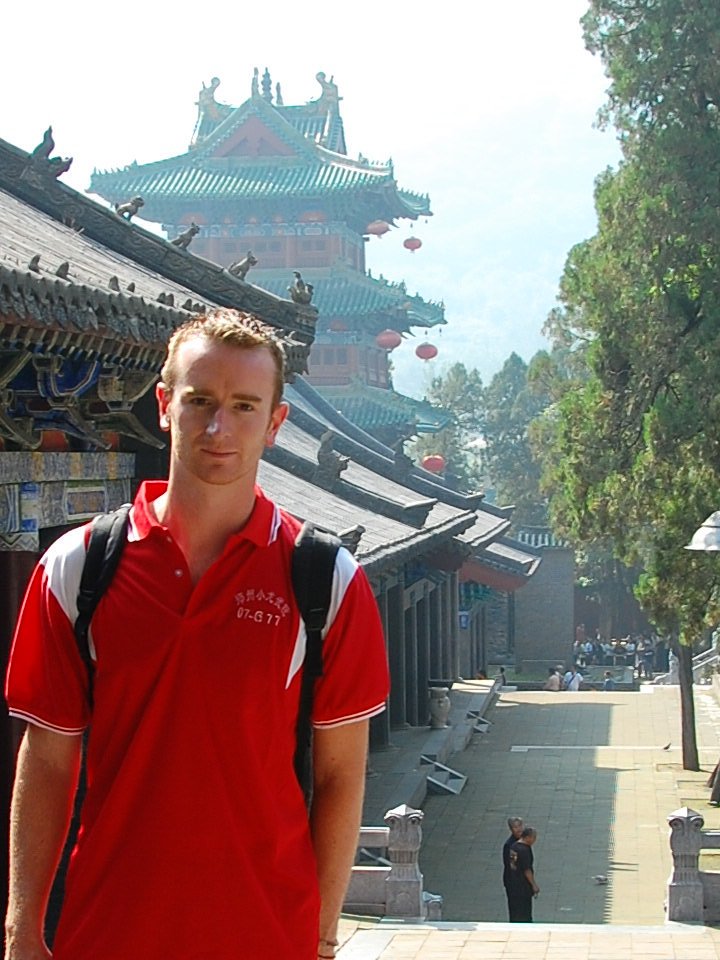 Previous Post: My First Brown Bear Encounter in Alaska!
Next Up: Cycling in Yunnan, China: An Adventure