Why Didn’t I Come Here Sooner? 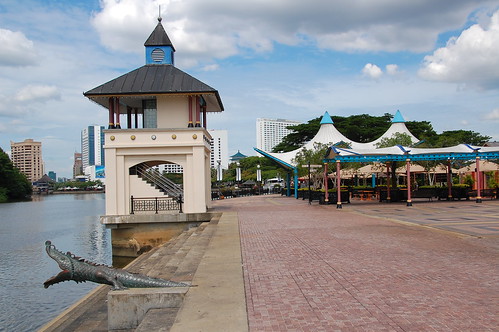 I walked through the crowded market where unlucky chicken carcasses hung and scores of fresh veggies were organized on tables. People barely even looked in my direction, and the ones who did were smiling warmly. There was no pointing, no hassle from touts, or vendors to buy something.

Outside, I grimaced as I past three taxi drivers. More smiles. As I made my way home, a homeless woman was rummaging through a trash bin. She looked up with bright eyes, smiled, and said hello without even sticking her hand out. I walked by quickly just from years of conditioning, but now I regret not offering her some of my fruit bought at the market.

I don’t know what parallel dimension I have accidentally crossed into, but I love it. A place in Asia where even the taxi drivers are nice? Did my plane crash on the way here? In four years and countless cities, I have never been to a place like Kuching before.

Like Papua, Borneo has been a dream of mine since I could remember. Just the name — and the thought that people were still cutting off heads here and hanging them in their homes just a few decades ago — makes my blood tingle with adventure. Call it a cliche, but this place truly is magical, and damn, so far I’m impressed!

Not to get on my hippie platform, but Kuching is living proof of an age-old formula: healthy food + green surroundings = happy people.

Despite there being a small scattering of tourists here — mostly families, believe it or not =- the locals are genuine, stress-free, and openly friendly. I’ve never received so many “hellos” and smiles from strangers in a place. Unlike many countries, I feel like more than a white, walking cash machine here.

After two weeks of dirty concrete in Kuala Lumpur, I caught a $50 AirAsia flight down to Kuching — gateway to Sarawak in Malaysian Borneo. Borneo, shared between Indonesia and Malaysia, is the third largest island in the world. Home to orangutans and lots of other endangered animals, Borneo is a place of life, rivers, forests, and unexplored corners. 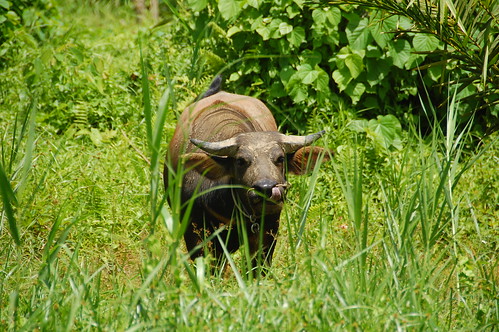 No surprise, being closer to the equator, it’s even hotter here. The humidity can be suffocating until the almost-daily rain comes in the early evening. Borneo gets an average of 247 rainy days a year, but people don’t seem to mind; rain makes the good food grow.

Kuching is boasted as being the cleanest city in Malaysia, and one of the top cities in Asia. The proof is everywhere. The streets are relatively clean, even Chinatown is small and charming. This is probably the most peaceful Chinatown I have ever stayed in on any continent.

The funniest thing I have seen so far? Apparently, there is a local natural Viagra substitute that comes from the rainforest. On every street corner there are guys selling local “man medicine” from suitcases — what a job. 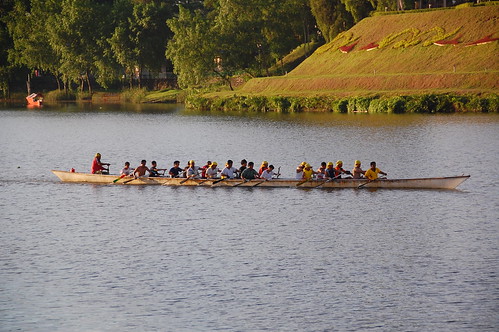 The local museums here are nice, small but free. Inside the Sarawak museum they have scores of human skulls hanging by hair, courtesy of the local headhunters. No sign, no explanation…you are just walking through a fake longhouse mock-up and there they hang. I looked a few over and could see the cut marks where a sharp blade had relieved some spice trader of an extra head. No cameras allowed, but I managed to sneak one terrible, low-light picture.

I came to Kuching for the RainForest World Music Festival starting in a couple of days but wow, I found something totally unexpected. Every day I regret not coming here sooner! 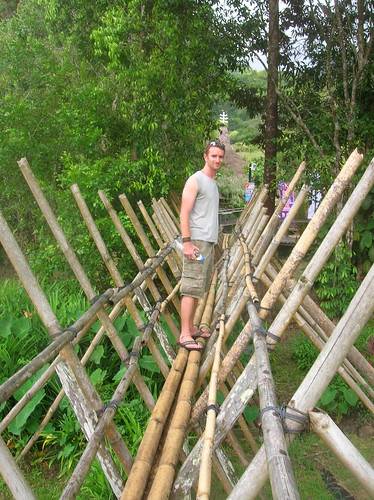 .
Previous Post: An Interesting Week in Kuala Lumpur
Next Up: Orangutans and Tourists at Semenggoh Wildlife Centre