Goodbye for Now, My Sweetheart (Long Beach on Koh Lanta)

I am in love with Long Beach on Koh Lanta, Thailand.

Even for the practiced, goodbyes are daunting. I apologize in advance for the clichés, but packing up has me feeling a little more sentimental than usual. Or maybe it was the witches’ moon last night, bathing the island in soft love. Regardless, with one more turn of this earth, I’ll be beneath a backpack putting one foot in front of another.

With this vagabonding lifestyle, the lines that differentiate traveling, living, working, and home all get a little fuzzy. Long Beach on Koh Lanta certainly sits solidly in the home category. My chi is everywhere on this island. Coming back here is always like scratching an itch. But I’ve scratched this one for a month now – my fifth accumulated – and it’s time to move on before something starts to fester.

Black nights of loneliness are punctuated by brilliant shooting stars, extraordinary people crossing paths. Beautiful streaks, that once gone, you have to ask yourself if you really saw them burn past at all. The island is a catalyst for fleeting moments. Although goodbyes come in swarms, it’s comforting to know that so many people are living unconventionally and spreading goodness in the world.

Tomorrow, I’ll catch a plane and bounce back to the north for Songkran. But even the biggest festival in Thailand carried just barely enough wind to yank my roots from this sun-scorched, volcanic soil. As usual, a sizable chunk of my heart will be buried in an undisclosed location on Koh Lanta. And knowing this island, it’ll soon be covered with ants.

Now on to the important stuff. 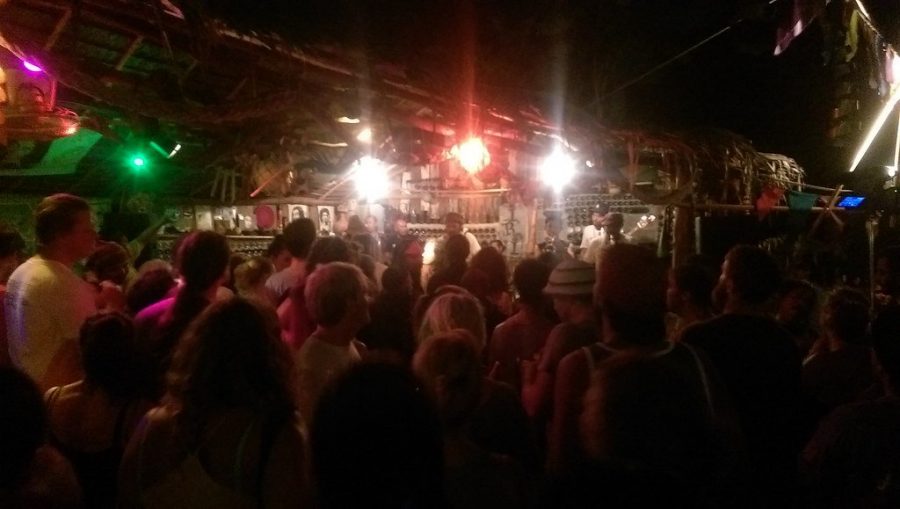 Although you usually have to go looking for the craic amid Koh Lanta’s relaxed atmosphere, there’s still certainly a thriving machine here. The feared cycle of debauchery that seems completely unsurvivable but somehow still manages to lure and entrap. What can I say, it’s fun. Ironically, the cogs are completely avoidable. You could, say, get up early and take one of the yoga classes, or go for a jog. There are healthy options…but the social machine really knows how to bite. And who doesn’t like a good bite?

Here are the routine steps to tango with Long Beach on Koh Lanta:

Step 1: Climb out of bed only driven by the fear of being cooked alive. Clinomaniacs be warned: the afternoon sun here turns bungalows into ovens around mid afternoon. The highly motivated individuals go for a swim, drinking up the delicious salt to replace what was left behind on a sandy dance floor the night before. Others make it only as far as the hammock, relishing each occasional breeze. I prefer to point a motorbike south and twist that throttle until my sunburn cools down.

Step 2: Watch the Sunset. Always watch the sunset. More on that later.

Step 3: Eat some cheap rice or noodles on the back road. Let the vacationers eat at lovely places on the beach with a breeze while you save $1 by sweating out over dinner on a table dirtied with six months of cigarette ash. And for goodness sakes, don’t touch the dog under the table – he bites! Seriously.

Step 4: Have a drink at the minimart. Yes, the Aleena Minimart is the social epicenter of Long Beach. Those heavy, rum-stained tables are our Mead Hall. In my case, I usually get my fourth or fifth cup of coffee. I miss Thai Redbull dearly but prefer my heart valves to stay in place one more night.

Step 5: Say that you aren’t going out tonight. Get presented an opportunity, feign resistance, then proceed to go out anyway. You probably won’t remember a good night’s sleep 10 years from now. Instead, run into the night and spread some love, learn something, cast stones and make ripples in the universal murk.

Step 6: Dance until the stars you recognize move out of sight. Bathe in island stickiness. I was fortunate enough to catch Job2Do twice while here. Life is just better when you’re grinding sand with bare feet to Thai reggae.

Step 7: (optional) Go wash off the sweat from hundreds of strangers with a clothing-optional swim. Go alone or join a group. If you’re really lucky, catch the glowing phosphorescent plankton in the water. Those eerie-green sea fireflies are magic when popping in the black water around nude bodies. Note: Don’t take anything to the beach with you. Some voyeuristic thief even stole the toilet paper out of my pockets. Twice! 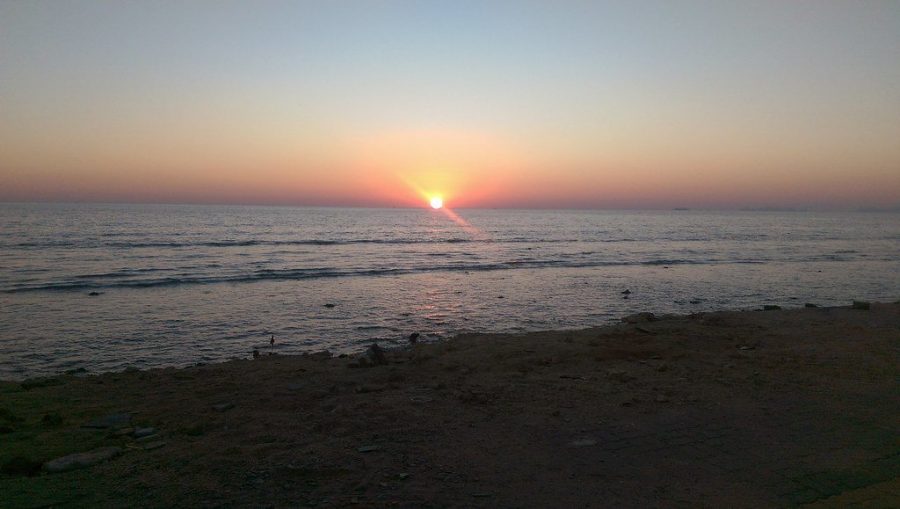 Never refuse such a free, beautiful gift. After an epiphany a few years ago, I know better than to miss the sunsets here. I’ve seen the liquid blue of the Andaman pull that globe down pretty much every night. The sun accelerates, going for a cool dip, and then gets swallowed up in one final flash of brilliance. Venus pops in the west sky shortly thereafter, followed by the hunter Orion, who no doubt, fancies her.

When that sun drops over the corner of the earth, it promptly presents itself to my friends and family in the Eastern Timezone. Alarm clocks will go off shortly after – a terrifying thought. 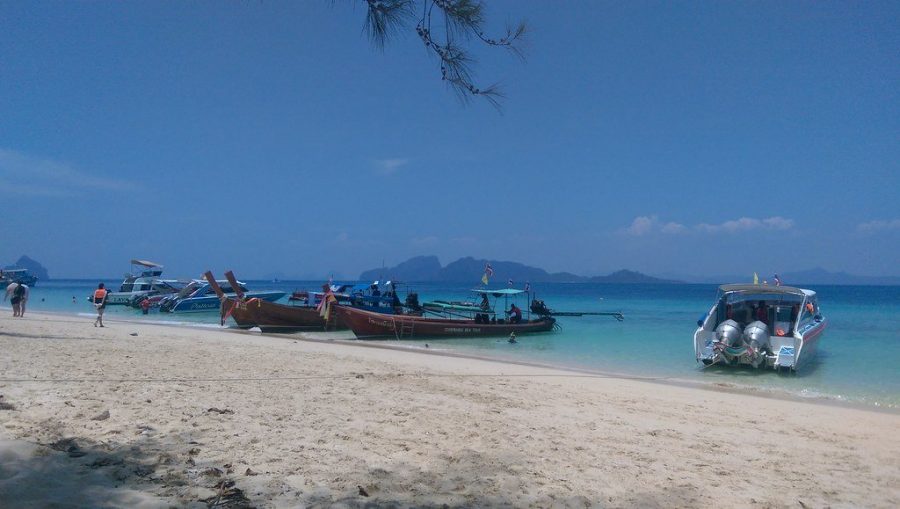 There are some impressive people floating among the flotsam of tourists and alcoholic crusties plodding around in Speedos. I’ve met many long-term residents here and a handful of vagabonds. Brilliant conversations tend to bloom quicker than at home. But not all are life changing. Some are just bloody funny. Here’s an actual conversation from three nights ago:

“There was a cobra at our bungalow tonight,” the friendly Dutch couple relates. A few interested faces looked up from the minimart table for a moment. The hiss of another cold bottle of Leo is the only sound for a few seconds.

“Inside your actual bungalow or just hanging around?”

“Nah, it was just out front.” The Dutch guy sounded disappointed. I grin. Previous conversations resume and even the couple is already bored with the subject. Even potentially deadly snakes living in nearby proximity can’t phase the experienced folks here. Just another reason to love this place more. 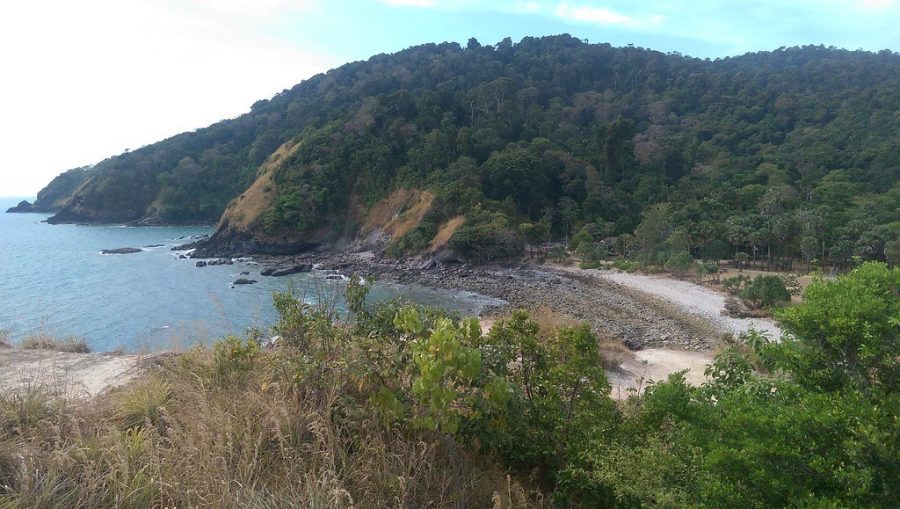 Only one other time have I seen such a lightening storm while stars were still visible: in Sumatra, just before a volcano climb the next morning. It consumed my laptop. This time I was smart enough to unplug and sit on the beach for the show. A monster the size of a skyscraper slithered across the sea. It looked like a dragon pulling a tail of clouds. A purple, forked tongue lapped at the water; I could hear the storm breathing in a steady rumble. An ethereal beast that came to put on a show for us sentients. Mesmerized, I couldn’t have run away if I wanted.

We gripped the sand and didn’t dare move until the juggernaut crawled past just to the north. Someone really got theirs that night.

My Month on Long Beach 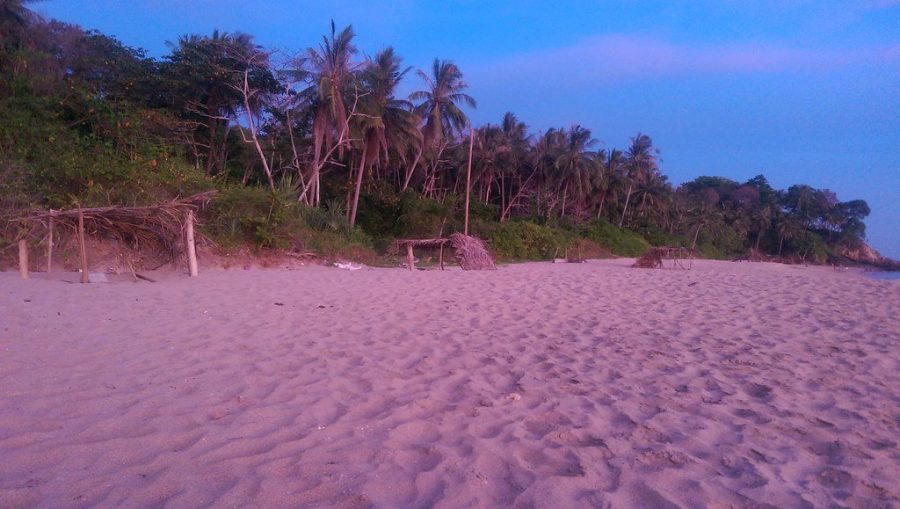 (Note: This isn’t Long Beach on Koh Lanta, it’s a short drive away)

I danced plenty with Koh Lanta – my island sweetheart in this world. My sweat, skin, and blood are still all over this island. But along with a month of happy memories, I managed to kick a sizable dent into an upcoming book about unconventional people and the vagabonding lifestyle. It’ll be done when it’s done. I’m just the monkey on the keyboard…this thing is writing itself.

I’ll certainly be back to Long Beach on Koh Lanta. It’s a home of mine. But until then, I’m returning north to Chiang Mai to do what I can to contribute to the madness of Songkran.

Back to the front; it’s my duty. There’s a sizable water cannon there with my name on it, along with a few moat parasites. Life is good!

Previous Post: Vagabonding Begins in 2015!
Next Up: Is Travel Addiction Real?