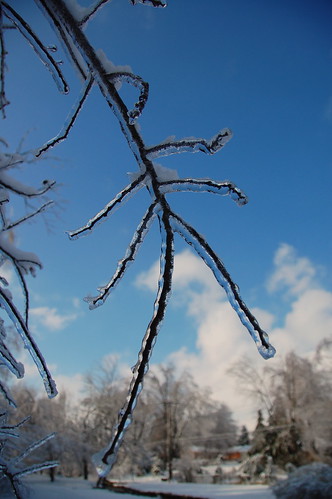 While traveling the last two years, I have heard some pretty funny stereotypes about Kentucky.

Many Chinese people met in China who could speak English would ask me where in the United States I was from. The conversation went like this:

“Ohhhhh…are you from California or New York City?”  [ few places between the two count.]

“I’m from Kentucky…it’s kind of between the two.”

“Ohhhhhhhhh! KFC!  You eat lots of chicken! You a cowboy?”

Sadly, many people right here in the U.S. think Kentucky is part of the South. For me, the “South” conjures up images of days spent sipping lemonade from the porch, walking around barefooted, or watching the cotton wave from baking hot fields.

Not quite. Sure, we can heat to 90 – 100 degrees Fahrenheit here in the summer, but thanks to something meteorological I don’t understand, winters can also really suck. Adding to the problem, the government budget monkeys here are also under the misconception that this is the South. They only appropriate two snowplows and enough salt to clear one street when the white stuff arrives. Suddenly, we have problems when a big Kentucky ice storm such as this one arrives.

Half the city is shivering in the dark without power right now for the third day in a row.

The temperature outside — and inside for some unlucky people — is lingering around a ghastly 21 degrees F. Yuck. Luckily, I haven’t heard any gunfire from outside yet, so I am assuming martial law hasn’t been enacted. I guess I won’t get to eat those cans of Spam leftover from Y2K after all. Bummer.

The trees have it worse than us. They have barely recovered from the pounding taken during the 2003 Kentucky ice storm, and now the cracks! of ice-heavy branches splintering off can be heard all around the neighborhood. If I were a tree, I would just pull up roots and leave.

I finally managed to slip and slide my way down to a nice wooded park just a few blocks away where some kids were enjoying their brutal beatings while trying to sled on the packed ice. Nothing fluffy about this snow. At the bottom of the hill lay lost gloves and twisted metal wreckage from sledding incidents. The whole thing was a scene of young tears and carnage.

“Wanna give it a try, mister?” One 8-year-old looked at me with a snot-sickle. He had a black eye, abrasions on his head, and stood like his spinal cord had seen better days. I assume they were sledding injuries from today.

As tempting as it was, I told him “no thanks” so he dutifully drudged back up the hill, his one good leg doing all the work and one seemingly broken leg tracking in the snow behind him. If the hill could do that to a rubber-boned 8-year-old, you would probably have to put my assorted parts in a bag at the bottom of the hill. Sledding a concrete skateboarding half-pipe would have been softer.

Just for fun, here are some random shots from the Great Kentucky Ice Storm. 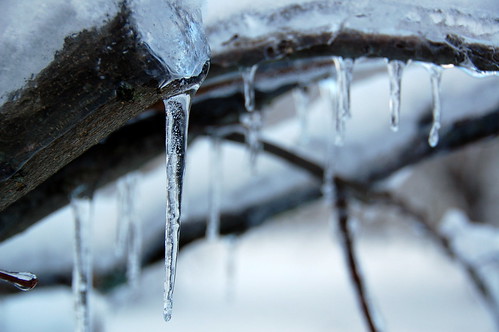 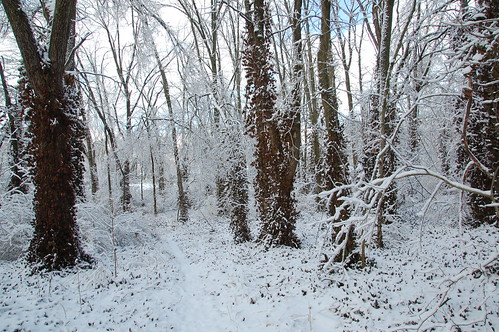 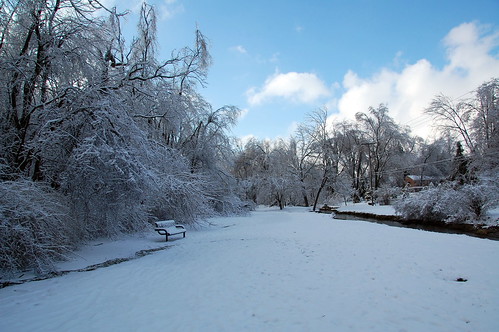 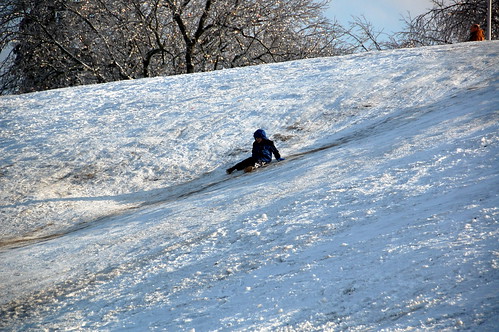 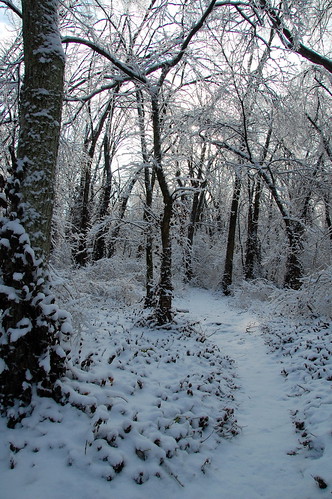