An Interview with Artist Sallie Latch 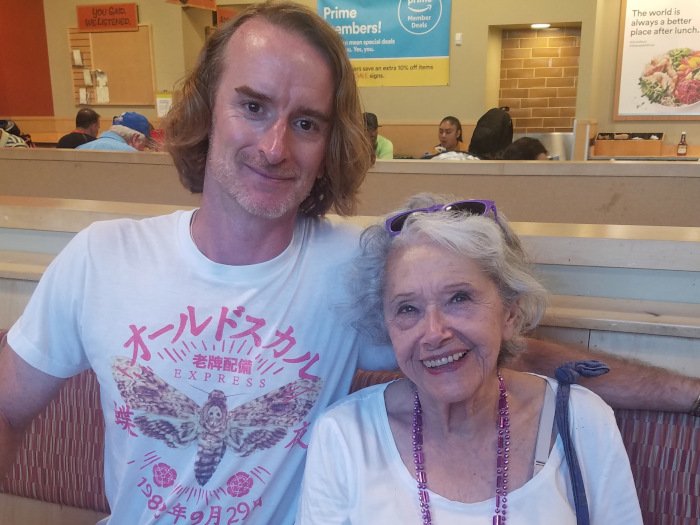 One of the best parts of running this vagabonding blog is the opportunity to meet new and interesting people, especially people as inspiring as artist and author Sallie Latch.

I often receive emails from women reading who ask about how safe it is to travel alone, or they want my advice about where to travel as a woman.

Of course, as a man, I’m not really qualified to answer properly and could offer only anecdotal advice from women met along the way.

I was wondering how to best handle these emails when Sallie Latch popped up. I knew right away that I had to share her amazing story with everyone out there — she is an inspiration no matter who you are.

Traveling at Age 77 and No Plans to Stop 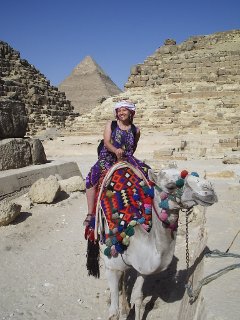 Sallie is a 77-year-old woman traveling the world alone — and she’s been adventuring a long time.

Starting at the age of 18, Sallie has been to 28 countries, many of which could be called “dangerous.” She has been living in Mexico for the last five years, and has no plans to stop traveling internationally anytime soon. In fact, despite being diagnosed with leukemia two and a half years ago, she is in the process of planning her next year-long adventure.

Sallie spent two years serving in the Peace Corps in Malaysia, lived in China for 3.5 years as a teacher, and worked in a Burmese refugee camp. She was in Israel-Palestine just weeks after a bombing, and Nigeria in 1981 when, according to her, there were “young soldiers with big guns and little food.”

I think I have a new travel hero.

Like many people who live a life of travel have learned, Sallie believes that we manifest things, that your outlook and confidence can attract good things to happen while you are on the road.

Conversely, I’m always amazed at how the travelers with too much fear often end up having bad experiences.

How I would love to sit down and listen to some of this woman’s wisdom! As is the case with most vagabonds, it’s hard to predict where she’ll be when, so I had to settle with a remote interview instead.

[Update: We did meet — in two different countries! See the updates below.]

If you are currently traveling, dreaming of vagabonding, or just want a dose of inspiration in your life — read on! 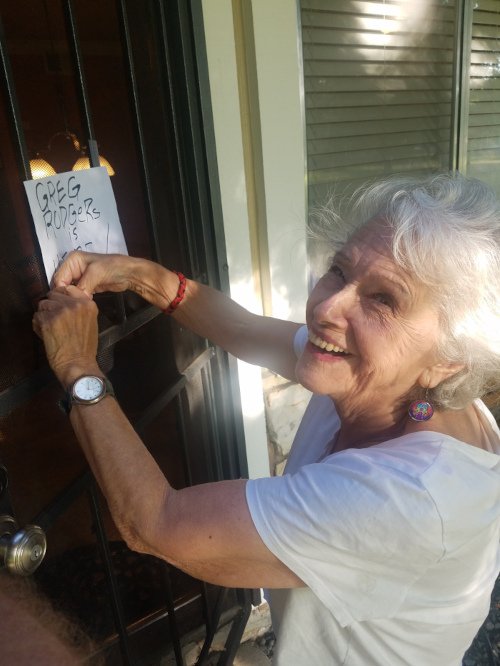 Sal during our meetup in San Francisco

Greg: How old were you when you started traveling, and how long have you been out?

Sal: My first trip was when I was 18. I had been working and saved enough money to fly from San Francisco to Miami.

Since then, I’ve been traveling off and on, between my work as a teacher, as well as family obligations, until now…and now I am 77 years old and planning my next year-long adventure.

Greg: So you are living in Mexico now?

Sal: I have been living in Mexico for the past five years. It’s a very special place with its mountain-desert location, architecture, and rich indigenous culture. The weather is great as well.

I chose to build a little house in Mexico because of all of the above reasons, besides the fact that it’s not in the U.S., but close enough for easy, fast, return if I wish. Also, the country itself has such a variety of nature’s gifts; beaches, mountains, deserts, a vast array of varying flora and fauna, and best of all, the people, who are so welcoming.

Greg: How many countries have you been to now?

Greg: What are your favorites?

Sal: My favorite countries have to do with the people I’ve met and my involvement in the local communities. For me, using that criteria, I found the Egyptians to be the most outgoing, friendly, receptive, humorous, and curious.

My two years in Peace Corps in Malaysia, of course, were a special experience as well as my 3.5 years living in China and working as a teacher. I can’t leave out my teacher-training experience at a Burmese refugee camp in Thailand where I also was privileged to paint some murals for the clinic. [Sallie is also an artist]

Of course, France and Italy, and the Island of Stromboli stand out, as well as Greece and  all of Southeast Asia. 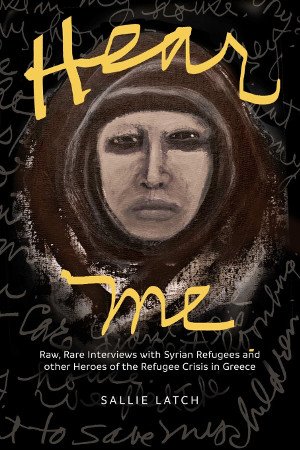 Greg: Have you had any close calls in so many years of travel?

Sal: Perhaps Nigeria was the most difficult because when I was there in 1981, it was wall-to-wall with young soldiers with big guns and little food available.

I don’t remember having any close calls, except some rough airplane rides. I didn’t even have any close calls when I was in Israel-Palestine just weeks after the bombing in Gaza stopped last February.

Greg: Do you go back to the same places?

Sal: I don’t return to the same places as a rule, except when I was living in Athens and had to go to Turkey every three months for visa reasons. I think I’ve returned to Bangkok three times. Hope to go again.

Greg: Any plans to “settle down”?

Sal: The phrase “settle down” has a strange feel for me. I suppose, given what I am told about the realities of life, my body will perhaps try to slow me down, so I might be forced to stop traveling. But, until then, I’m half out the door and on my way…!

Greg: How do other travelers receive you on the road?

Sal: I have found that young people are often very receptive, open to friendship, sometimes seeking my “motherly” advice, and have even invited me to travel with them, join them in seeing sights, having meals together, and they have also accepted my invitations to do the same. It all feels very good.

Greg: How has traveling changed for you over the years?

Sal: In the past few years, I have found more “older” travelers and middle-aged travelers who’ve “dropped out” and have chosen to free themselves from the shackles imposed by “selling their labor.” Also, there are those who realize that life is more than just earning money to consume more and more needless goods.

Since I was diagnosed with leukemia 2.5 years ago, I have to be a bit smarter about where I travel to avoid ongoing epidemics that might exist, and also I take more rest stops, and sit in cafes a little longer.

Greg: Do you always travel alone?

Sal: I prefer to travel alone because it gives me optimum freedom; I know it’s not for everyone. Some do better going with a friend or in an arranged tour. Whatever feels best is best for that person.

Greg: What one last bit of advice can you offer to travelers?

Sal: It’s necessary to go with a positive outlook, a sense of self confidence, proper preparation, and a feeling that there is no other thing you’d rather be doing.

The self-fulfilling prophesy works here: “If you expect a good outcome, it’s likely to come.” So don’t waste any time. Get on with your dreams and onto the road now!

Get in Touch With Sallie

Sallie was excited about the opportunity to help inspire other traveling women and graciously offered her email for questions that people might have. Drop her an email and wish her luck on her next journey!

Thanks Sal, I can’t wait to meet you on the road one day!

Update 2017: I met up with Sallie in Bangkok! We enjoyed Loi Krathong, a beautiful Thai holiday, together.

Update 2018: Sallie has released a very well-written, heart-wrenching book, Hear Me, containing her interviews with the refugees in Europe (Amazon affiliate link). I felt a real burden after reading it and was given a better understanding of why people are forced to become refugees in the first place (spoiler: it’s not always about money). Take a look at her group Refugees Speak on Facebook.

Update 2019: Greg diverted to San Francisco and caught Sallie Latch in her home area for another lovely reunion! 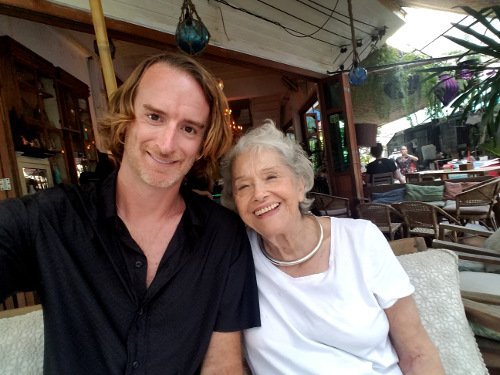 First meetup with author Sallie Latch for noodles in Bangkok!

Previous Post: My Opinion and Review of Taganga, Colombia
Next Up: Interview with Nik Halik the Thrillionaire