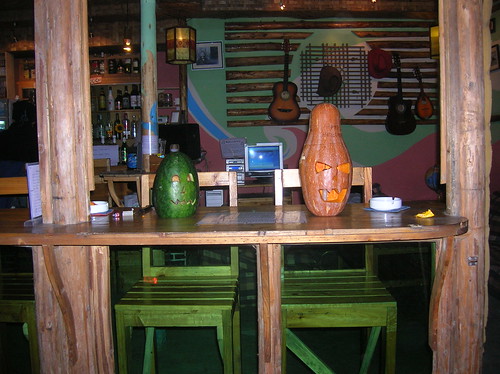 OK…so there were no ridiculously sexy adult costumes, no kids with bags, very little candy, and no goblins..

But there were some carved pumpkins. And bourbon. And coke.

I was hanging out at Sim’s Guesthouse with some new friends, when David — a very cool photographer from Singapore — overheard me saying how today was Halloween and that we should do something. Sure, Halloween is recognized by several countries, and is growing in Europe, but no one really does anything to celebrate. The holiday is still primarily for the children. The owner was gracious enough to sponsor a bottle of Kentucky bourbon and unlimited cokes for a guesthouse party if we carved some pumpkins “American style.” Getting paid for making Halloween objects that I would have otherwise done for free?

I almost broke my legs getting to the market to purchase some pumpkins.

Last year, Halloween was spent at the dinner table and trying to Salsa dance in Northern Italy, fun but only the bambini (children) wore costumes. Well, there would be no time for costumes this year either — it was already around 8 p.m. — but there would be time to make some Jack-o-lanterns. I proceeded to the market, with Shira from Israel and Vicky from Australia, both of whom were also celebrating their very first Halloween, and we wandered the produce section until we came up with something close. 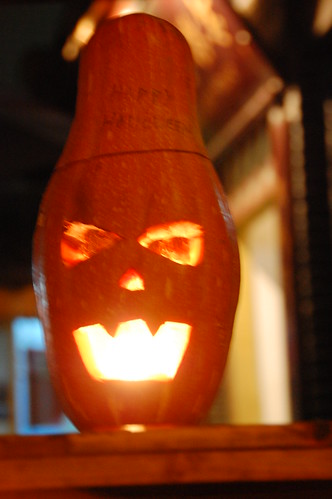 So we bought squash and watermelons.

Not exactly pumpkins, but close enough. Vicky settled for carving a watermelon. I hoped that they were authentic enough to meet our end of the bargain with Sim for the party. We arrived back at the guest house and spent the next hour or so carving the pumpkins — or whatever the hell they were — with the help of the elusive white rabbit, who took it upon himself to clean up the seeds we left behind. Altogether we spent about $3 for a spectacular night that everyone would remember for some time. 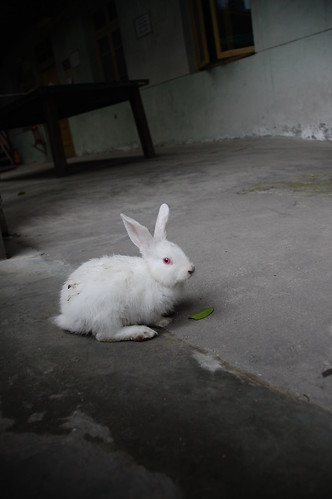 At the end of the night, we had two very handsome melons carved — Vicky outdid me on her first attempt — and had them burning on the table to let everyone know that tonight was a spooky kind of night.

This was a Halloween Sichuan-style that I will never forget. Thanks to Sim and Andrew for the opportunity!

.
Previous Post: Happy Halloween from Chengdu
Next Up: They Mostly Come at Night. Mostly.