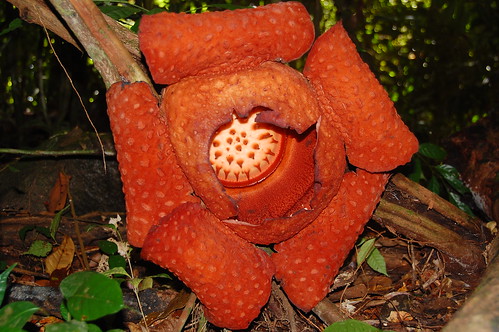 Music, mud, and festivals are all good things, but I came to Borneo with a purpose: to get back into the jungle.

Actually, the field here is less of the jungle that I am used to, and more like the movie set for Endor. Green, thick, and amazing. Impossibly tall trees are latticed with exotic, twisted vines; roots creep across the trails.

The rainforest is so alive with energy that it makes my head spin. A cacophony of noises provide the background music, most of which is coming from insects that I have only seen on Discovery Channel. Many of them I prefer not to encounter!

After scraping the Rainforest World Music Festival mud out of every crevice, I made my way to the Gunung Gading National Park just outside of Kuching.  The park has comfortable, wooden longhouses for sleeping cheap, and great kitchens for cooking your own groceries from the nearest town just a 30-minute walk away. 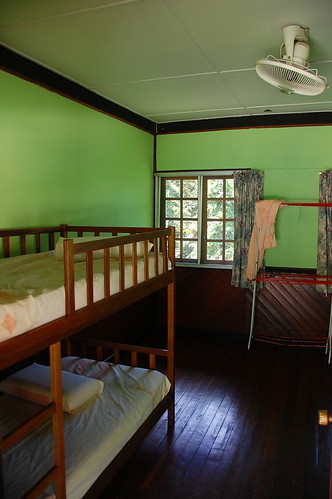 I would hardly call the way that I have spent the last three nights “roughing it.”,This place is luxurious…and nearly empty. Uninterested tourists come from Kuching to snap pictures of rafflesia flowers while the taxi driver keeps the engine running for them. I chose to make the national park home for a few nights and loved every minute.

I’m sitting here now writing this with the acrid smoke of burning mosquito coils curling up around me. Large bats are swooping through my wooden deck eating the insects that intended to eat me. Bats and geckos are good friends to travelers.

The Gunung Gading National Park is famous for the Rafflesia flowers. They aren’t much to look at, and stink like hell, but they are extremely rare and I was lucky enough to be here when one was blooming.

The flower is actually a parasite that can only be hosted by one type of vine, so no one knows when or where that they will pop up. Rafflesias smell like roadkill to attract flies which pollinate other flowers.

Beautiful certainly isn’t the right word to describe these things. Other-worldy — or just plain evil — is probably the best way to put it. They belong on Endor or in some fantasy world. All ugliness aside, I can now say that I have seen one of the heaviest and rarest flowers in the world — woohoo!

In an attempt to deny my real age, I decided to climb the summit of Gunung Gading — an inactive volcano that formed this area. It wasn’t really much of a “climb,” more like walking up steep, slippery steps for three hours.  In the humidity, darkness, and constant wetness of the rainforest, it was hellish but an interesting challenge. 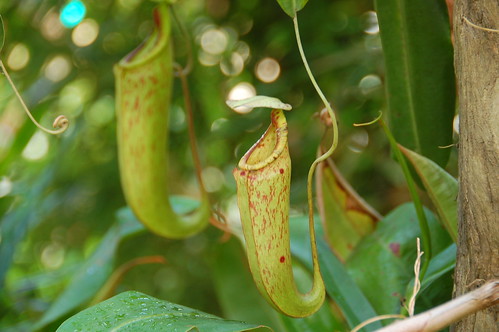 Along the way, a brightly colored snake crossed the trail in front of me, but I have no idea what it was. He left me alone so I returned the favor. Among other things, I saw ants over two inches long, various lizards, and then a huge stream of ants — literally millions of them — walking in the same direction and carrying bits of leaves back to their nest. I followed their trail, careful not to disturb them, and found that they were coming out of a huge tree. I can only imagine the nightmarish horror story unfolding inside of that old tree.

The top of Gunung Gading was nothing to write home about. A small green hilltop with no view, and a wooden sign stating that you had reached the summit. The trek probably wasn’t worth the double knee-replacement surgery that is sure to follow, but it had to be done.  A map with the word “summit” on it is just too much to resist.

I’m back to Kuching to clean up one last time, then I’m heading north through Sarawak to Miri — another interesting town and base for more national parks.

Despite the uncountable insect bites all over my body, I think I can get used to this rainforest life.