Funny Dutch Stereotypes as Explained by an American 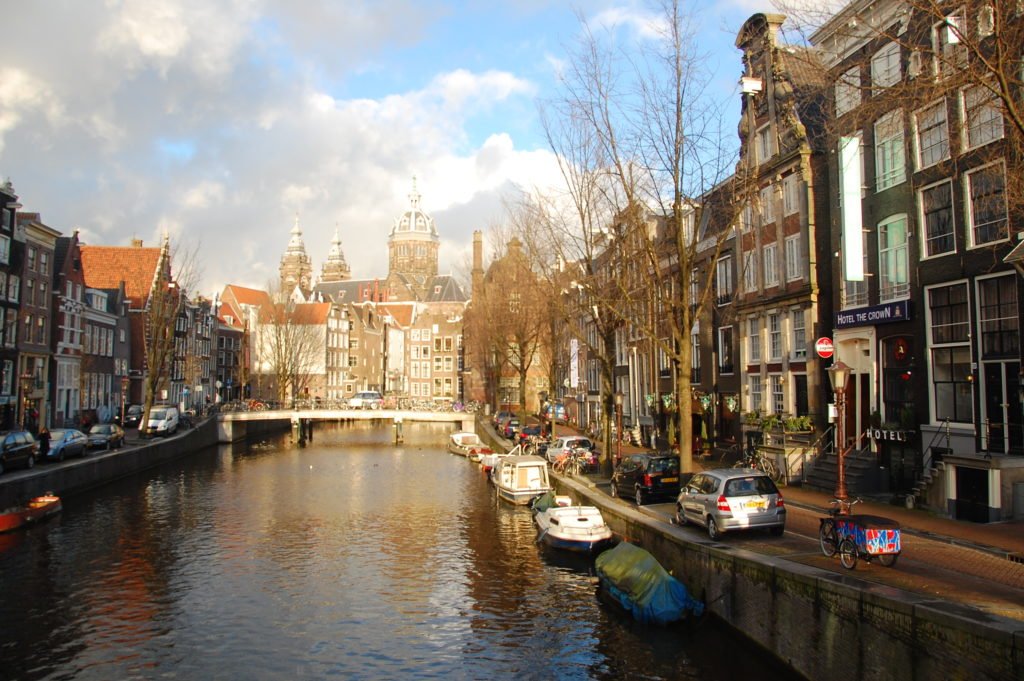 As the first tulips tentatively start to stick their heads up after an extended winter, they remind me of my two months spent in Amsterdam and all the other wondrously cliche, funny Dutch stereotypes I encountered as an American while there.

In 2011, after sweating through Sumatra, climbing active volcanoes, and watching ROUS (rodents of unusual size) swimming for dear life in the streets of Bangkok after the record flooding, I decided to grab one of the cheap flights to Amsterdam to retain some sanity. Yes, Amsterdam is an expensive place to set up shop, but it’s worth it! (Especially if you can find a house-sitting gig).

First, the Dutch are just so ridiculously nice and laid back that they really deserve a little badgering. The Dutch travelers I meet on the road are typically intelligent and well traveled—a coveted reputation I wish us American travelers had!

Here are a few of my favorite funny Dutch stereotypes analyzed:

I wasn’t sure what to do. I desperately tried to remember the Heimlich Maneuver learned years ago in Army first aid. The woman across from me was obviously choking but no one seemed to care! In fact, they were smiling and talking to her. Just before I could grab her from behind and start cracking ribs, I realized that others in the room had objects stuck in their throats as well. Entire families seemed to be choking in front of each other!

Actually, no, they were simply speaking Dutch. After two months of practice, I was finally able to pronounce the Dutch “g” without injuring myself. 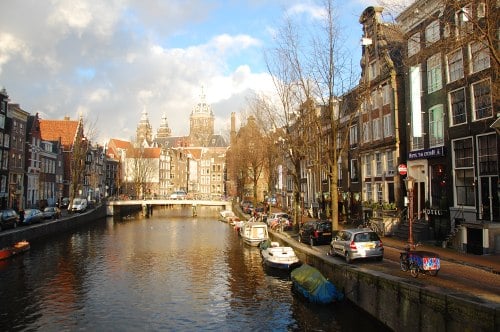 Don’t get confused if you just want to grab a cup of coffee while wandering around Amsterdam. Coffee shops are famous for something entirely different (drugs), and “cafes” are places you go to get a beer. You’ll have to find a boring koffiehuis (coffee house) if you just want some good old caffeine.

The stiffs who write the CIA World Factbook claim that the Dutch have a “problem with illicit drug use.” But every time I strolled past a coffee shop in Amsterdam, the only people giggling in the doorways seemed to be young tourists from America and elsewhere. Go figure.

Dutch cheese is fantastic. But ask for “goo-dah” there and see what happens. If you aren’t Dutch, the correct pronunciation of Gouda (one of their most beloved cheese) requires getting a sizable chunk of said cheese stuck in your throat (see references to the guttural language above).

If you ask for Gouda with the proper Dutch pronunciation while in New York City deli, you may end up in a fight.

The Red Light District is actually only a small neighborhood in Amsterdam. Yes, you can see girls on display in windows, but certainly don’t expect the stereotype of a tall Dutch woman beckoning from behind glass—most aren’t even Dutch! You’ll often see tourist families strolling the Red Light District to see what all the fuss is about.

Too bad our modern day bankers and investors forgot the historic lesson of tulip mania (I didn’t make that up) and the subsequent market collapse. During the Golden Age, supposedly 1,000 pounds of cheese or 12 fat sheep would be exchanged for a single bulb of the prized Viceroy tulip. That’s a pricey tulip.

There is a sprawling tulip market in Amsterdam, but just as with the coffee shops, you see only American tourists—still giggling from a visit to a coffee shop—buying bags of bulbs.

The famous wooden shoes are known as klompen (again, I didn’t make that up) in Dutch. The heavy, painful-looking shoes were worn by people who spent a lot of time working in the mud. And since most of the Netherlands had to be wrestled back from the sea, there is a lot of mud.

Now days, you don’t see many Dutch families klomping along in the streets; although, some people still wear them at home while gardening. The wooden shoes mostly end up pushing tourists’ bags to overweight at the airline check-in counter when they leave Amsterdam. Hopefully, no longer giggling.

All Dutch People Are Tall and Beautiful

Well, according to the stats, Dutch people are tall, and I can attest that many are quite beautiful. The average height for a Dutch male is around six feet tall, and lots of studies have pegged the Dutch as the tallest people in the world.

But there’s a twist. The irony is that the Dutch were famous for being short in the 19th century. So, Dutch people mysteriously began growing; the average male height increased by three centimeters between the 1980s and 2000! Now they get picked first on basketball courts across the globe. Maybe it’s the Gouda or all the cycling? Do the heavy wooden shoes stretch legs?

With so many immigrants and mixed nationalities now living in Amsterdam, tourists climbing off of the plane hardly realize they are visiting a land of tall, blonde giants.

Bicycles Outnumber People in the Netherlands

With an average of 1.2 bicycles per person, there are more bicycles in the Netherlands than people. I’ve never seen so many sprawling lots of leaning, entangled bikes. How someone can find their specific ride in such a mess, I will never understand.

What surprised me most was that Dutch bikes are incredibly ugly. The wobbly, rusting, antique frames are not what you would expect in a country where bikes are taken more seriously than cars. Forget about mountain bikes, gears, lightweight titanium frames, or anything beyond the heaviest, ugliest two-wheelers imaginable. The reasoning? Any bike not repulsively low-tech is fair game to be stolen in 15 minutes or less. Seriously. Amsterdam is a place where bikes go to get stolen. It’s hell on bikes.

And strangely, even with millions of bikes that hit their prime during World War II still plying the streets, bicycles are still relatively expensive if you purchase one legally. Many people, especially students without much money, end up buying stolen bikes to replace their own ones that were stolen.

But at least Dutch people zealously ride their low-tech bikes. In fact, they average an impressive 900 kilometers per year on a bicycle—good thing the country is so flat. In America, we purchase the fanciest cycle available with NASA titanium frame, hydraulic brakes, 52 gears, and built-in GPS then throw the damn thing into the garage behind the gigantic SUV.

My Dutch friends and I often have a laugh about these funny Dutch stereotypes (and the few American ones I threw in), and I hope you do, too.

All ugly bikes aside, Amsterdam is certainly one of my favorite places in the world, and Dutch people are among the best. But don’t take my word for it: grab a cheap flight to Amsterdam and go see for yourself!

Previous Post: 6 Things Every Traveler Should Know
Next Up: The Secret to Booking Cheap Flights