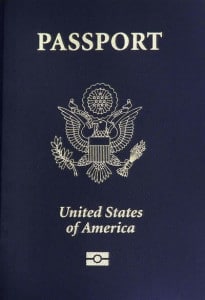 That’s exactly what I asked the Thai embassy in Chicago. And also the Postmaster General’s office. After hours on the phone with each, both disavow any knowledge of my most valued travel possession.

And that’s a terrifying thing, considering that in 10 days time some cold men and women will be fueling up a Delta jet on the tarmac here in Lexington. One empty seat on that frosty plane is waiting to be warmed by my buttocks.

That same jet will ideally fly my sleeping carcass across the U.S. and deposit me in LAX. Palm trees will seem slightly out of place with the cool nip in the air. I’ll exit the doors at Domestic Arrivals and turn left, walking the full length of the airport to the International Departures terminal. The rumble of jets departing will quicken my pace. Outside, people speaking a myriad of languages will be shuffling around and smoking cigarettes to kill time before long flights home. When I walk through the doors, the reek of the giant McDonald’s in the food court upstairs will fill my nostrils.

I’ll approach the Eva Airways counter and there won’t be a queue because I’m so early. I’ll entrust the Taiwanese attendants with my backpack and won’t see it again until two days later when I’m stiffly walking toward baggage claim in Bangkok. I’ve done this ritual a number of times now; this isn’t my first rodeo.

I split my flight between two carriers and scored an incredible deal: $475. A mere US $475 to take me around the planet to a country teeming with warm, sunny islands. Done. Where do I sign? The sound of that mouse button clicking down on the “Book Now” sent gasoline through my veins. 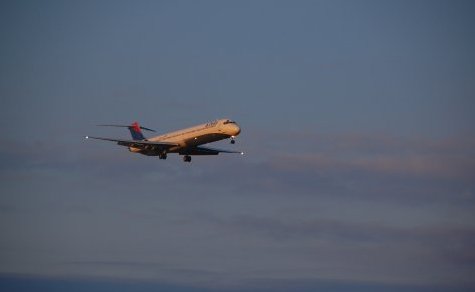 Yes, I’ve got a ticket to Thailand – one-way, of course – and no passport. I’m going to have a helluva time getting on that plane in Los Angeles without one. I can get to California with a driver’s license, but I’m going to need heavier credentials to cross the Pacific. Someone will surely tackle me no matter how solemnly I plead my case.

My passport, going on 10 years old now, has been extended twice. It’s as thick as a miniature phone book, and nearly full again with stamps. It’s an old, intimate friend, one that I protected as best I could from the chaos of the road. My sweat has faded the front page into an unrecognized smear where a 10-year-younger photo of myself once stood looking nervous. My passport is an extension of my being. I can tell you what stamps are on page 15, and I know every scar. Right now, it’s lost in a land of grim bureaucrats, quite possibly the victim of carelessness. These people are turning my beard gray.

Mailing a passport does seem like a bad idea. But unless you live near a Thai embassy, it’s the only way to get a coveted 60-day visa stamp. I’ve done this visa dance several times already and have always twirled away in success. I sent the post using priority mail, certified with tracking, and every other fancy way you can enhance an envelope and pay more. Organ donations get less postage and tracking than I applied, but it didn’t matter. The USPS tracking system indicates that my precious parcel was delivered into the hands of the embassy on January 8. The embassy claims that the post office could quite possible be smoking something.

The postman scanned the package while sitting in the truck, a corner they aren’t supposed to cut but frequently do.

I lie awake at night, wondering where my passport could be. Hopefully, it’s just sitting in some unmonitored basket in the basement mail room of a skyscraper in Chicago. The Thai embassy, many floors up, has no idea that it’s there in the darkness below, awaiting the careful caress of a stamp-wielder in a white shirt. Sadly, it’s been sitting there in limbo for 21 days now.

At least that’s what I like to tell myself. There is a big black market for U.S. passports, but I don’t know who would possibly want the frayed, beaten-up, sweated-on, bled-on, stamped-to-death booklet that I thrust at immigration officials around the world. Needless to say, they usually aren’t too happy to see me.

Phoning embassies, particularly when you have a special problem, is about as enjoyable as getting a root canal while waiting on hold for the DMV. It doesn’t help that they only work until noon every day. If someone can’t produce some information in the next day or so, I’m actually going to have flip the crisis-in-progress switch and let out my battle howl. I’ll need to hire a car, drive all night to Atlanta or Chicago, apply for an emergency passport, pay the hefty one-day-expedite fees, and then drive back to Lexington, Kentucky. Not a simple mission in a week already filled with preparations and melancholy goodbyes.

No, I’m convinced that the universe will send someone with a heart who will recover my passport and return it with expediency. When it does arrive, it’s going on the pillow next to me and never leaving my sight. Sweet nothings will be whispered. Multiple apologies will be proffered.

Never again my dear, I promise. Just hurry back to me.

Previous Post: What a Year at Home Taught Me
Next Up: A Midnight Run to Atlanta