My Chiang Mai Living Expenses in 2010 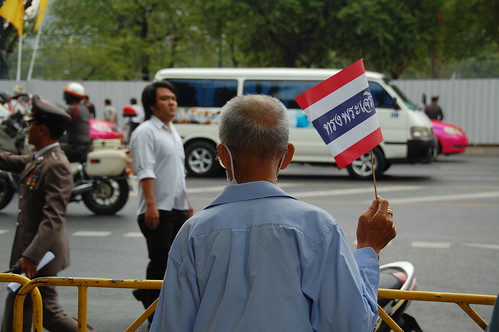 When I left here in October, I never expected that I was leaving before someone opened the floodgates to the busy season. Dragging through Bangkok after midnight on a weekend, it took me nearly an hour to find a place to drop my heavy rucksack.

Over the last four years, I have already accumulated a few weeks in what is considered Thailand’s cultural hub in the north.  The difference this time was that instead of bouncing around between guesthouses as I always had done in the past, I planned to get an apartment or flat and sit still for a month. Thinking back on my four years of travel, I have not spent 30 consecutive days in any town away from home. At most, my gut was telling me that it was time to move on down the road after a couple of weeks in one city or island.

The closest to sitting still that I have done so far is a three-week stint on the island of Koh Lanta. Believe me, not wearing shoes or a shirt for three weeks will change your life.

So, excited but a little nervous about committing to “settling down” for a while, I spent my first day in Chiang Mai shopping around for a new place to live. Lucky for me, Chiang Mai is practically filled with rooms and guesthouses offering monthly rates. As I planned to spend a lot of time working, having free, reliable Wi-Fi was a top concern.  Cheap, abundant sunlight, good security, walking distance from Tapae Gate — I had a handful of criteria that I wanted to meet. After speaking to five or six places, I finally found the gem that I knew was hidden somewhere in this city. 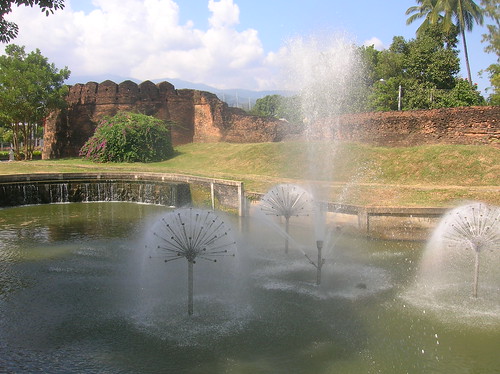 I’ll let you use Wikipedia for the basics, but Chiang Mai is a surprisingly pleasant city. Although actually sprawling, most visitors stay around the Old City which is shaped like a perfect square and surrounded by an ancient wall and moat. A lot of very interesting people from all over the world have settled in Chiang Mai, clearly drawn by the same hard-to-describe charm that brought me back here this year. Yoga teachers, travel writers, photographers, artists, location-independent vagabonds — not meeting interesting, open-minded people here is nearly impossible.

During my stay, I met up with Team Chiang Mai — loosely founded by the fun couple behind GotPassport.org. A motley crew of travel bloggers, writers, volunteers, and good folks get together for lunch, Tai Chi, weekend market invasions, and other occasions.

Chiang Mai has enough nightlife to satisfy solo travelers, but you don’t have to regularly avoid puddles of blood and vomit on the street as you do in Bangkok. Saturday and Sunday markets are seemingly endless, social affairs filled with both tourists and locals wandering around while eating sporadically. Something always seems to be going on in Chiang Mai. How many times I wandered up on free demonstrations, cultural dances, and just Thai people generally having a good time.

Set in the north of Thailand not too far from Myanmar, Chiang Mai is surrounded by mountains. Even by Thai standards, people are genuinely friendly despite the tourist hordes during high season. As if this wasn’t good enough, the large number of temples around Chiang Mai keep lots of orange-robed monks on the sidewalks — a site that still makes my blood tingle.

Before you make a beeline to move here, know that despite being one of my favorites in the world, Chiang Mai is not Nirvana. Rats the size of small dogs and cockroaches the size of American rats fearlessly roam the streets at night. A large community of sexpats walk hand-in-hand with mini skirt-clad partners; the age difference is often 30+ years (both parties seem mostly happy, so to each their own). On top of that, the traffic in Chiang Mai would scare a New York City cabby.

All these negatives are a tiny price to pay compared to the benefits. My number one complaint? A lack of sand and sea. Until Wi-Fi improves on the islands, I can settle for being just an overnight train ride away from the gorgeous Andaman Coast. I never regretted a minute of my six weeks in Chiang Mai this year.

Here are my experiences, advice, and detailed expenses for anyone looking to slow down and get comfortable during their travels:

Find a Place the Guidebooks Forgot

The Nuanpranee House looked like an upscale, multistory guesthouse from the outside. It was posh enough to scare away the travelers in fisherman’s pants, but in reality was priced the same as everywhere else.

Located in the south of Chiang Mai near Soi 2, Nuanpranee became my new home for 30 days. The place was spotless, but it had no “hostel life” charm — fine with me. This was certainly not the place to meet people. Sure, joining the guesthouse party is one of the great joys of travel, but my comings and goings being monitored makes me a grumpy vagabond. Fancy key card entry ensured that I could come and go at all hours without interaction from the staff or worrying about a locked gate. When I checked out, the marginally-friendly staff at Nuanpranee still didn’t know my name.

Find a Room with Sunlight

Spending hours in a dark, windowless guesthouse room trying to work will snap brain synapses faster than you can put them back together. Once I knew I wanted to stay at Nuanpranee, I had them show me three different rooms. At this point, the old Thai cleaning woman was mumbling in strange dialects and ready to stab me as we climbed the stairs yet a third time with a new key in hand.

I ended up taking a west-facing room on the corner of the building; giant glass windows let the glorious mountain sunlight flood in uninhibited. Hell, it was even enough sunlight to keep my meager plant — included with the room — alive for a change. My electricity bill (details to follow) was laughable because I rarely ever used the lights. I even had a bonus balcony. Granted, the balcony provided a stark view of an empty alley below, but it still served as a great place to hang laundry and even to shoot fireworks at my neighbors during the Loi Kratong festival.

My spacious room was basically a second-floor studio apartment with a bathroom and balcony. The room was even large enough for me to practice kung fu without breaking a leg or killing the plant. Included were lots of windows, TV with HBO, free Wi-Fi, full-sized refrigerator, couch, hot water, worktable, queen bed, armoire, and I was walking distance from the action. The cost….[insert drumroll]

A savings of 50% over the regular nightly rate for paying one month in advance. Add to that water and electricity, which totaled $11 for the month — partially thanks to me unplugging the empty refrigerator.

As the smoke cleared at the end of my month, I was astonished at how easy Chiang Mai was on my budget. Assuming that you can avoid or only enjoy in moderation the Chang, Redbull buckets, market souvenirs, cheap massages, and Western food, anyone can comfortably live in Chiang Mai for under $500 a month.

So without further ado, here are my rough expenses for one month of living, working, and playing in Chiang Mai:

For the last four years I’ve had a secondary mission rattling around in the back of my head to find a place to live cheap while cranking out useless websites and writings. Although I always assumed that I would end on an island, I think Chiang Mai is the leading contender for my vagabonding base outside of the U.S. Even dedicated-for-life vagabonds need the occasional broom, struggling plant, or some semblance of stability.

Besides, I need some place without snakes and malaria to write about Papua next year. 🙂

Previous Post: Backpacking in Vietnam: A Summary
Next Up: Flaming Elephants at Yee Peng in Chiang Mai

Cookies are used for the usual stuff here.I understand