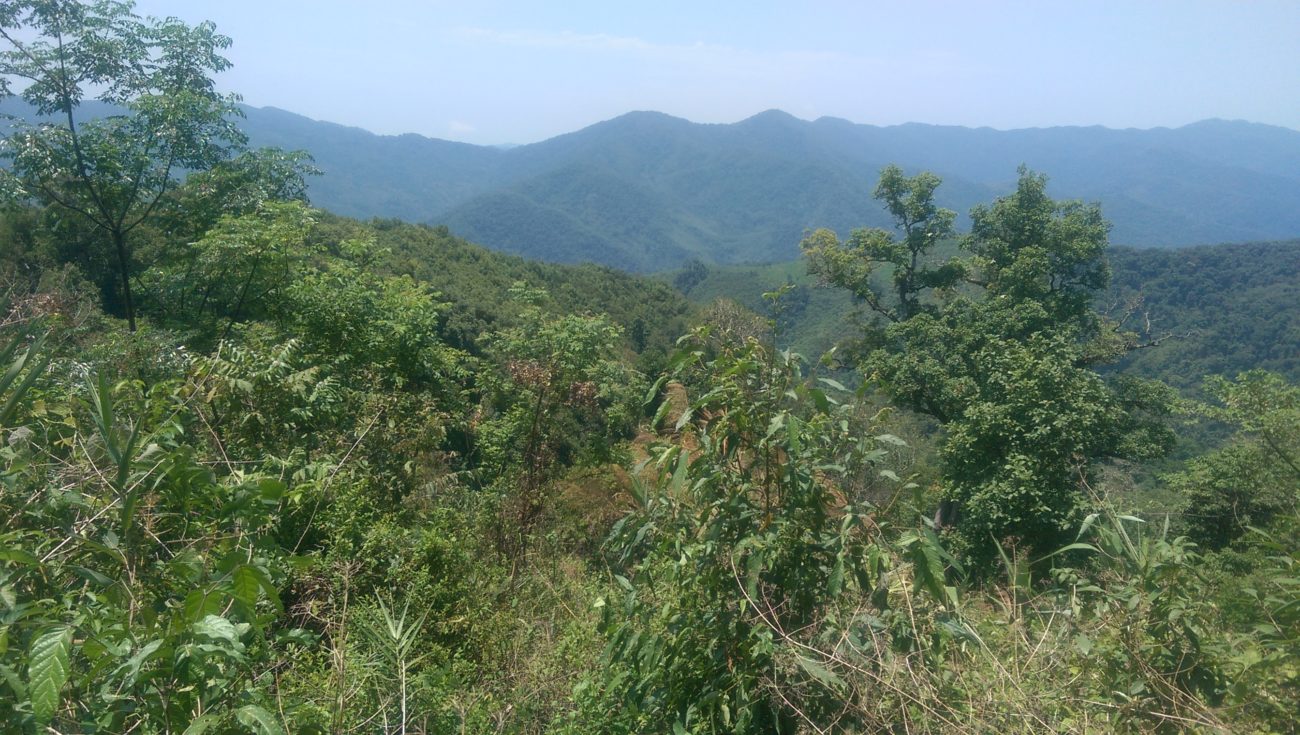 Sometime in the middle of the night, my fan exploded.

I didn’t really have time to ponder why, after years and years of spinning above sleeping backpackers, that the ancient device finally decided to come apart on this given night. Screws, springs, and other assorted parts rattled around violently in the cage above me, then were slung out in random directions at high speed.

An AK-47 fired above my bed would have made less noise. I could hear shrapnel bouncing off the walls in the darkness, leaving divots in the concrete.

I instinctively grabbed the pillow beside me and covered my face until the last of the projectiles had left its mark. As cool as having a genuine reason to wear an eyepatch would be on the travel circuit, it would also further scare the hell out of my neighbors. The fan went out with such a bang that I could already hear French murmurs up and down the hall. They were all probably certain that Motley Crue was wrecking the room next door.

I did my best to get back to sleep. Tomorrow was a big day.

The plan was simple enough: take an 11-hour minibus north to Luang Namtha to do some jungle trekking in Luang Nam Tha National Protected Area in Laos. I’d leave behind the Tripadvisor-screwed scene at Luang Prabang and spend some time trekking in the jungle. Few things in this world are as pleasant as walking beneath a green canopy in Southeast Asia — especially in a somewhat remote area. After an hour or two in the bush, you forget all about all the insects drowning silently in a river of sweat on your neck. The jungle graciously provides a beautiful reference point. Petty problems from the civilized world just don’t last long when snakes, carnivorous plants, and leftover landmines could be vying for your attention.

But the problem with enjoying remote areas is getting to them in the first place.

India, South America, Indonesia — I’ve had some hellish buses over the years. In fact, the old “backpacking traveler had a bad bus experience” is so cliché I grimace to even add another one to the interwebs. But this one deserves at least a mention for the sheer gruesome factor alone.

From Luang Prabang to Luang Namtha

The typical transportation experience in Laos is challenging. You never know when enjoying backpacking travel in Laos. I once had to sit on a crate of onions for eight hellish hours; it served as my seat. But I would have gladly sat on a crate of onions, chickens, whatever than take the minibus from Luang Prabang to Luang Namtha again.

Standard procedure requires cramming a decrepit bus with sweating people and stinking cargo, three to a two-person seat, then bouncing it along at 10 miles per hour over a muddy, mountainous road that is being resurfaced.

That, I can handle. That’s the default in Laos. The problem this time is that my seatmates for the next 11 hours were to be a mother and her infant — a squirming, kicking, drooling larvae well trained in the dark arts of bodily fluids.

The kid was the stuff of nightmares for us deliberately child-free people.

Green snot was permanently plastered on his upper lip, which he wiped with flailing arms and immediately deposited on my leg. Less than 20 minutes later, he spat up a rancid-smelling blob of goo that was also wiped away by both him and his mother. She didn’t mind that he reached right over to give me some.

I felt the sticky wetness drying in my leg hair and did my best to scoot an extra precious centimeter or two toward the side of the bus. There was no escape. 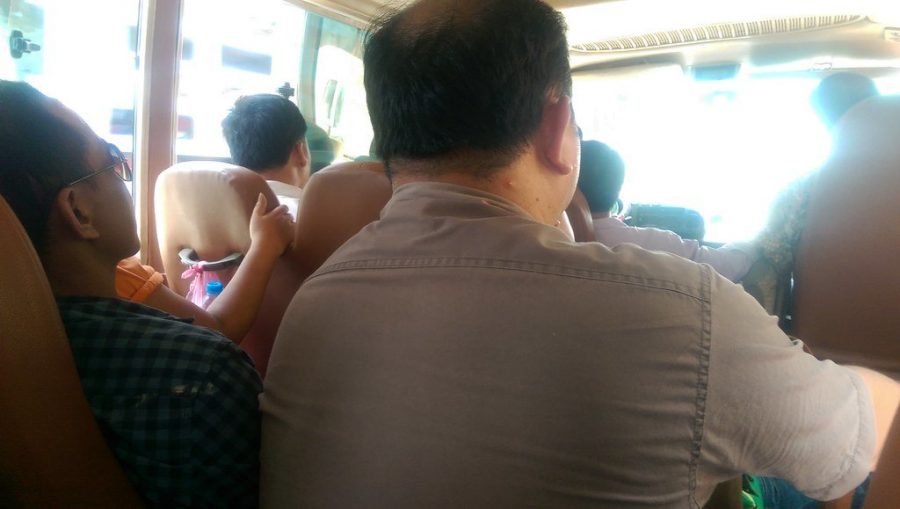 This kid was obviously ready to rumble. What I thought was his final blow came after one of our many stops for construction delays. I got off the bus to stretch and returned to find the mother removing her kid’s pants on my empty seat. It had become the changing table. Green diarrhea fell from his trousers onto the floor and bench. I was going to have to sit in the mess.

Then an even more peculiar thing happened: she left his pants off. I know disposable diapers have their evil issues with decomposition, but they also have their merits. Even a cloth diaper would have done the trick. Or an old newspaper. But no, the kid was to ride bottomless for the rest of the journey. As we bounced along, his tiny little Laotian penis was pointing in all directions, like a bank robber trying to keep heads down during a stickup. It didn’t take long for me to get squirted.

By this time, I was sticking to the side of the bus like Spiderman; wide eyes looking around for an escape route. The mother reclaimed seat real estate as quickly as I gave it up. I was clearly in a losing battle. I opened my window and put my face outside, so desperate to protect my brain I’d let the little monster do what he wanted with the rest of my torso. It was about then that the man in front of me made an impressive sinus-clearing sound and spat out of the window; some of his grand production immediately blew back into my face.

When I thought the threshold to hell had been crossed many times over, I brought my head back inside of the bus just in time for the coup de grâce. The mom was asleep with her shirt raised; a single brown nipple stood erect like a TV tower. She had fallen asleep while feeding the kid. A yellow mess of breast milk stretched from her nipple to the kids chin, which — you guessed it — he wiped with his hands and then onto my left arm.

I literally gave a shriek!, jumped out of my seat, and dived into the back of the bus to escape. There were already four people on the back bench meant for three, but they took pity.

I’ve enjoyed some PTSD-inducing experiences with transportation, it’s all part of the fun, but I’ve never had snot, spit, piss, poop, vomit, and breast milk on my body simultaneously. Even this dirty vagabond has his limits. I’m convinced that, had the ride taken one more hour, I could have somehow covered the whole fluid spectrum with blood and semen, too.

My shorts would surely have to be burned, but I wasn’t sure how to decontaminate myself properly without a wire brush and some diesel. I could have crawled through Bangkok’s sewers and felt cleaner on the other side.

When we rolled into Luang Namtha at dark, I was a shaking, drooling mess of a man. For anyone who’s ever told me “I want your life!” or “what a cool job!” please consider that you may end up awash in six bodily fluids on your way to the hard part (the jungle trekking).