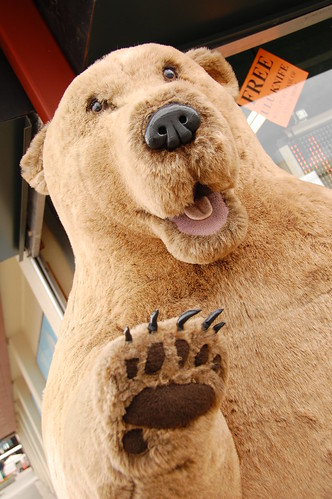 Alaska is much, much more than just mountains. The population grows steadily, even despite the constant exodus of people born here that leave for school or better jobs. What keeps this place growing is the steady influx of people just like myself: they came here once or twice on holiday and then wake up one day living and working here. Alaska is that addictive. The landscapes are beautiful, but I think it is undoubtedly the people that make this place so special.

Today, dad and I spent the day just wandering around downtown Anchorage, which is actually smaller than my hometown of Lexington but has much more to offer. There is a stew of cultures present, including Asian and lots of Russian people. I did my best to chat with two Russian girls in a coffee shop today, after recognizing what they were speaking. Of course, my university Russian got me about as far as “hello, my name is Greg…” but it was fun anyway. 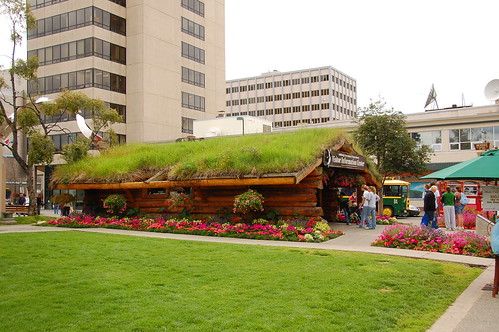 There is a very heavy art scene in Anchorage. Today was the first Friday of the month, so the galleries all open their doors and provide free food and drinks — including wine — to people like us (looking for free loot). Maui also has a huge concentration of artists per capita. Could it be that beautiful places such as Anchorage and Hawaii inspire good chi and creativity that attract artists? I certainly felt it. Breathing the clean air and looking out across glaciers cleared my mind of all the clutter that collects in the corners when you are at home.

There were a couple of small festivals on the street, including a native Alaskan dance which was interesting. You can see the Native Alaskans, mixed in with the Caucasian population everywhere. Much like the Native Hawaiians, they got a bum deal when colonists moved in, made it a state, then handed them a bill for some of the highest taxes in the Union. (Hawaii and Alaska share the title)

Of course, like any town that caters to lots of tourists, there were the usual junk souvenir shops selling things like “real” Alaskan gold and bear goodies. There was some street food, like reindeer sausages and other good-smelling artery killers. We ended up in an Irish store that had a traditional session going on, about 8 different instruments playing songs that put a tear in my eye. To celebrate, we found the local crowded Irish pub (using my built in craic finding compass) and had Halibut fish and chips. 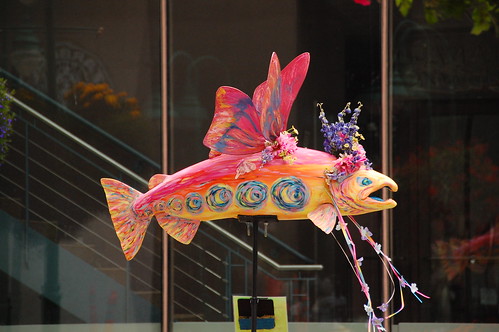 Despite being surrounded by hundreds of miles of wilderness, Anchorage is pretty progressive. I even spotted some people zipping around on their Segways not realizing how dorky they really look on those expensive things. Coffee shops abound and the nightlife is actually very fun.

Dad retired to the hotel and I ended up in a local dive called “Darwin’s Theory.” It was a strange mix of college-aged people and leather-clad, motorcycle-riding bush pilots sharing their stories. As usual, I made a few new friends and avoided getting into the skirmish that ended with a guy being thrown through the glass window of an art gallery down the street! I walked by briskly and avoided the large amount of blood on the sidewalk as a crowd gathered and waited for the distant sirens to arrive; we could already hear them. The guy who was doing all of the bleeding obviously needed a double-digit amount of stitches, but seemed fine…there really are some tough people here.

I didn’t dare take a picture. 🙂