Well, it’s that magical time of every travel year when Greg has become over a month behind in his blog, sits down at the laptop to somehow describe a month of adventures and life on the road, drools all over the keyboard, then finally throws his hands up in surrender to the inevitable.

The good news? I’m alive. Health is good. Life is good. The road has been treating me like a rock star.

Here is a pathetically short summary, I don’t blame you if you go watch a few Happy Tree Friends episodes instead: 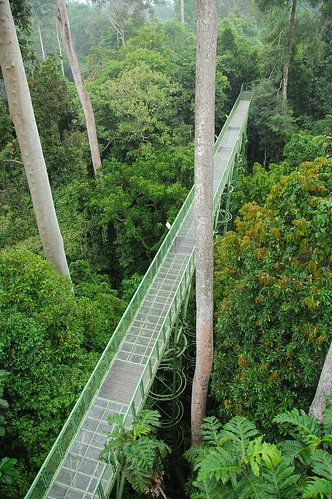 East Sabah: Borneo is magic, there is no denying that. But to stay true to being an opinionated blogger, I much prefer Sarawak over the more-popular Sabah. Sabah — for me — was a place of endless tours, expensive entrance prices, and too many suitcases.  Sarawak seemed more to be the “real Borneo.”

I did, however, really enjoy staying around the big, grungy city of Sandakan to catch up on articles, get a $2 haircut (the guy almost fainted when I tipped him another $1) and watch daily life during Ramadan take place. The Rainforest Discovery Centre was incredible — it was one of those places that changes your paradigm for life.

After two months, my gut said that it was time to say goodbye to Borneo and head north back to the peninsula; I booked my ticket back to Kuala Lumpur. 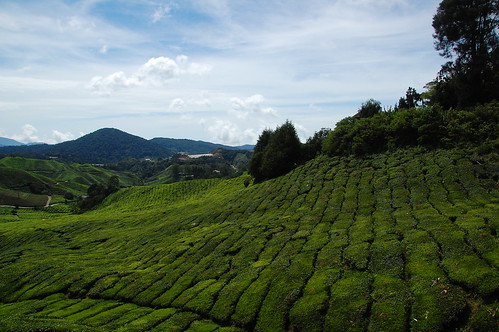 Cameron Highlands: I missed one of the usual backpacker stops in Malaysia last year — the Cameron Highlands. An extremely winding minibus from Kuala Lumpur with a local girl puking into plastic bags on the seat behind me eventually deposited me in the tiny town of Tanah Rata.

The Cameron Highlands are famous as a place to do wild trekking and visit impossibly green tea plantations. However, the REAL reason that most people come here is to escape Southeast Asia’s heat for a few days. The mountain weather was incredible, temperatures even got down into the 50s at night. I soaked up every cool evening — it felt so much like the fall in Kentucky that I am missing once again.

A highlight of the Highlands?  For the first time in four years on the road and nearly 30 countries I met two brothers that were not only from Kentucky — they were from my neighborhood in Lexington!

One of the brothers was sat at the table next to me wearing a Keeneland hat — the horse racing track 15 minutes from my house.  I asked the guy and a historical moment happened:  I met two guys from Lexington that just started an around-the-world trip! 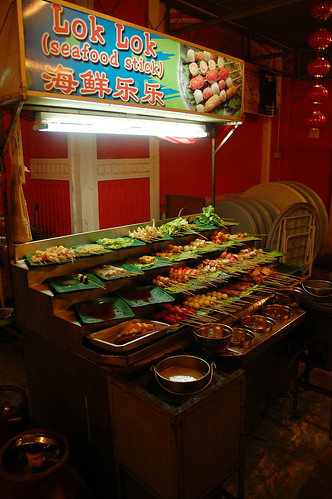 Georgetown: The big island of Penang on the west side of Malaysia deserves at least five posts on its own. To be honest, I was not really looking forward to another big, dirty city sweltering in pollution and humidity. Instead, what I found was Heaven for anyone with taste buds. Grungy — hell yes, but Georgetown has its own rough-around-the-edges charm.

The Chinese and Indian food was beyond words; I am ruined for life.  I ate four times a day, not counting late-night runs for steamed dumplings and lok-lok — snacks on sticks that are boiled in water and served with spicy sauce. These guys know how to produce some exotic, mysterious, and wonderful food!

This had to be my most enjoyable — and fattening — assignment for About.com. The food here is simply amazing.

Strangely, I also found a large number of “zombies” in Georgetown as well. One full moon night I counted no less than 20 people just wandering around the streets aimlessly, babbling to themselves with wild eyes staring straight ahead. Perhaps it’s something in the food? I learned enough from watching Sean of the Dead to fit in — when someone would say hello I would just make gargling noises and look past them.

The big news? I made a trip to the embassy in Georgetown and got my Thai visa. There are few things as beautiful as that colorful Thai visa sticker filling one full page of your passport! Despite my best intentions this year, I knew there was no way to spend so much time in Southeast Asia without popping over the border to my second home.

Next update — after diving on some island in the Andaman Sea.

Previous Post: Up a Wild River in Borneo
Next Up: Thailand 4.0