A Midnight Run to Atlanta 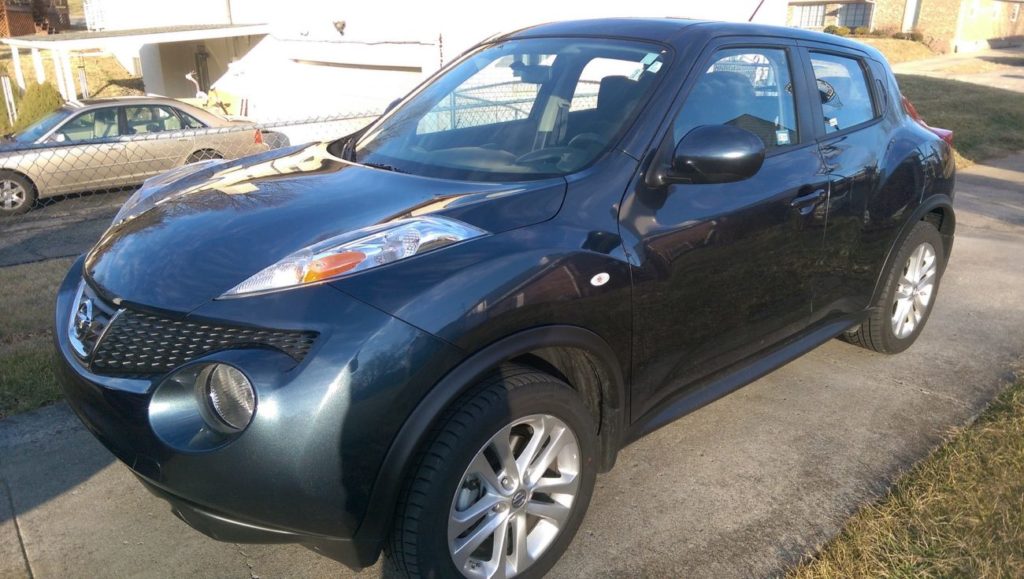 With the fate of my trip to Thailand in just a few days resting on some bureaucrat’s desk, I decided to take matters into my own hands — where they belong. I made an appointment for 8 a.m., hired a sleek Nissan, and decided to make a midnight run to the nearest passport agency in Atlanta.

Leaving soft couch love was difficult, but I knew what I had to do. Eight hours of neck-stiffening speed. Glorious and excruciating. An unexpected mission.

In a fit of coffee-drinking madness, I cut through the interstate blackness to Atlanta. Prodigy rattling the speakers above the roar of RPMs. Six cylinders working to keep up. The mesmerizing, mechanical hum of the engine.

I was a silent shadow slipping southward through frigid spring air. For many miles, I was the only one in sight. Must…increase…revolutions. Eye the fuel gauge. Make that engine drink deeply from that dinosaur’s blood — there’s more where that came from. Burn! Burn!

Breaking 110 MPH, the white glint of nocturnal eyes winked from the blur of trees. I did what I could to contribute to the chaos of the place.

My dad always told me, “drive fast, son, but don’t ever be the fastest on the road.” Good advice. And just as I was pondering that indeed I was the fastest object within eyesight, a glimmer of blue flashed from the trees to my left.

Could it be…? Yes! Disengage! The engine growled against lost momentum. It wanted to run. Wait. Check the mirror. No flashing lights. No wailing of sirens, only a guitar solo now at deafening volume. Wait…wait…engage!

Back to business. And with perfect timing, a black shadow blew past me on the left. Another dark rider, racing the clock. I took comfort in knowing that I was no longer the fastest.

Jupiter watched the show from the silky blackness above, inching closer to the full moon.

A radioactive glow from my east was ominous; signs of an antidote for the poison in my veins.

The problem with passionate nights of speed is that they are always doomed to end, suffocated by a sobering sun that insists on dominance.

These nights are fleeting. A tip toe to the Edge, a sneak peak into the abyss, and then dashing away to tell the story.

Daunting digits announce 6:30 a.m. A blob of glowing orange taillights clogged concrete arteries into Atlanta. All of us desperately seeking the cruel heart, ever increasing speed.

With coffee cups raised, we fought for position like Irish horses beneath determined jockeys. A metallic stampede of ambition. Only, I had probably had the longest commute of them all.

I arrived in Atlanta with plenty of time, and managed to lean my seat back for 30 minutes in the cold gloom of a parking garage. The sidewalks were already bustling with businessmen. Starbucks zombies stumbled by in clouds of breath, mobile phones warming cheeks.

Their missions involved money. My mission involved replacement. My well-worn companion of 10 years had finally succumbed to the Road. The government would issue me a new one, tracking chip and all.

Strange coincidence, the State Department building was directly beside Ray’s on the River. I had an upscale seafood feast at Ray’s during my wine-and-dine phase by IBM, nearly 15 years ago. They whispered sweet promises. We even rode in a limo.

I could look through the glass and see the same table where I sat, surrounded by freshly hired colleagues, feeling accomplished. Now, this many years later, a full circle.

I thanked the stars that I wasn’t sitting at that table. Instead, I was next door, renewing my life freedom to walk this world. Personal freedom satisfies even better than a $30 seafood salad. The immigration ink destined for my new passport is priceless.

I was first in line for the 8 a.m. appointments. The woman at the window was surprisingly friendly for such an early start. I was a zombie with noodle legs, right foot still occasionally pushing and searching for an accelerator.

They didn’t care for my new passport photos, or my story of the post losing my passport. I smiled through the glass, but inside I was dying just a little. A bead of sweat threatened to betray me. The mission was teetering. Finally relenting, she told me my passport could be ready in two days.

My stomach gave a lurch.

When I paid with my USAA credit card, she asked about my military past. Turns out, she was an Army wife. And, like most, she had a heart.

“Come back this afternoon, Mr. Rodgers. We’ll get this done for you.”

I had a stiff new passport in my hand by that afternoon. It looked too pristine to be mine.

I visited Anna, a vagabond friend met in Seattle. A brief respite from the highway, she hooked me up with great tea and enough conversation to keep my synapses firing. She was a needed dose of sanity. My seven cups of truck-stop coffee had turned me into a short-circuited, caffeine anomaly.

I was on the brink of collapse.

I said my goodbyes, and pointed the Nissan north on I-75. My new passport on the seat beside me — 52 blank pages ready to drink up the ink from immigration stamps around the world.

Previous Post: Mount Rogers, Virginia: Getting Cold on the Appalachian Trail
Next Up: Vagabonding Begins in 2015!