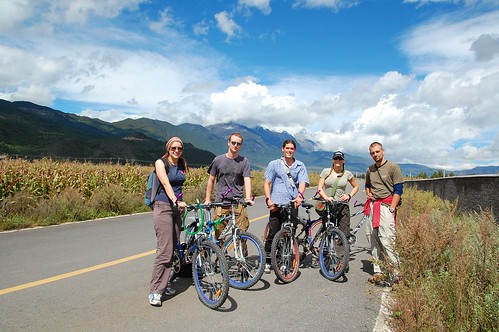 Seven years since I left a ‘normal’ life.

It all began this time of year, way back in 2006. I was cutting through the humid stink of Bangkok, taking rights when I should have been taking lefts, sweating through the overstuffed pack on my back. My first time abroad, as green as a newbie can get.

I had no idea what was in store for the future.

It seems like only a short time ago I was doing a victory dance and writing a summary of being on the road for five years.

Although some are better than others, I don’t regret a single one of my 2,555 days of living as a miscreant, a vagabond, a goodbye-teller, and a backpacker.

On the contrary, I would say that life as a societal dropout is pretty good. Here’s why: 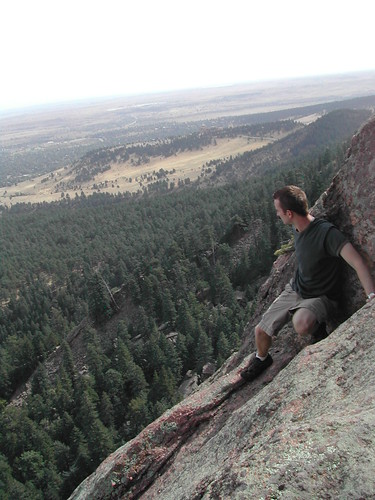 After spending the previous eight years discussing the finer points of Linux kernels and acronyms such as ICMP, SAN, FDDI, HACMP, and WYSISWG, I found myself regularly asking, WTF?

I begged for some unpaid leave so that I could see more than my cubicle walls. Traveling with two weeks of vacation just doesn’t get you far, especially when a company demands that you break them apart.

No reprieve was granted, mostly because IBM was too busy outsourcing jobs to India and making whoever still had a job — myself included — work every weekend. I spent nights sleeping on the office floor during network emergencies. Living on call out duty 24/7/365 meant leaving dinners, parties, family gatherings, holidays, or whatever within minutes of receiving a call.

Keep in mind: I wasn’t an elite Navy Seal being called out to protect the world. I wasn’t curing cancer or helping rescue flaming puppies from a burning building. I had the page-out shakes all the time so that some old guy’s private helicopter could stay fueled up. And the damn thing certainly wasn’t sitting in my driveway.

Needless to say, my personal relationships, health, and enjoyment of life began wilting like an unloved houseplant. Something had to be done, and one of my favorite adages worked just perfectly:

My hands were clammy when I handed my one-month written notice across my manager’s desk. I knew all too well that burning the bridge in the current job market was a one-way endeavor. Not only had I settled into a deeply carved rut over eight years, but I was sabotaging my career as an engineer, my financial future, and any hope for a ‘normal’ existence. I could hear The Unknown cracking his knuckles with a grin, getting ready to potentially pop me in the nose.

I painted and sold my suburbia house myself; banked the money saved on a Realtor. Any personal belongings not sold were put into storage.

As Nikki Sixx of Motley Crue described his first sample of heroine: You realize that for the rest of your life you will be unsuccessfully chasing that initial high again. That’s the way I felt booking my one-way ticket to a country (Thailand) I knew nothing about; my first time out of the U.S. I may have even puked after, just like Nikki did.

In typical IBM fashion, they squeezed me to a breaking point for my last month. December 31st, 2005, — New Year’s Eve — was my last night with the company. They even called me for technical help that night, down to the last minutes, as I brought in the new year with family. For the first time in my stint with the company, I just let the phone ring.

With no plan and a one-way ticket, all I had was time. And cash from selling my things. Amazing what you can accomplish when on rare occasion these two valuable resources align. Even many millionaires, burdened with empires, can’t seem to purchase that most elusive of all luxuries: time.

Holy crap, did I learn a few things about myself.

Life on the Road 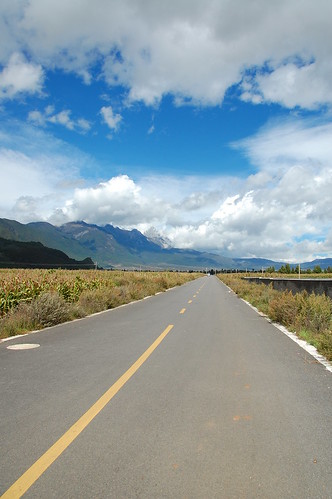 The single greatest thing about being on the road is the people I meet. Ideally, yes, I will learn loads about Indonesia or whatever country that I am in, but during that time I will also be hanging out with Europeans, Scandinavians, Australians, Kiwis, and even crazy Dutch. Americans are still a minority, although I did meet a few damn cool ones in Chiang Mai, Thailand, last year. Basically, I get a collage of world culture no matter where that I travel.

Life on the road is unpredictable. It has options. I can risk my 37-year-old ass on some hair-brained adventure climbing a volcano, drown myself trying to surf, go bungy jumping, or whatever, then relish those memories while sitting in the islands or with other people who can appreciate them. We can compare notes, slap high fives, and generally cherish our next meal because it isn’t being fed through a tube at the hospital.

If I start telling about those adventures while at home, the fun lasts a grand six minutes — at best — before someone’s eyes glaze over and I know that it’s now time to talk about basketball or something closer to home. Who can blame them? I also didn’t give a damn about Komodo dragons before I had one hissing at me from a few feet away.

Adventures — both of the dangerous kind and the social kind — are what make life on the road so fantastic.

Hey…seven years of this crap and you’ll be putting lizards into your mouth, too!

I get asked at least once a week if I am done traveling or how long that I will be in the U.S. It’s a hard one to answer, especially when face to face with family or friends for whom I would gladly remove a kidney. They don’t want to say goodbye any more than I want to do. This is one of the brutal realities of my ‘dream life’ but that merits a later, much darker post.

Every endeavor has a shelf life, an expiration date, that fades the usefulness of such part of your life to no longer be necessary. Once you’ve gotten to where you need to be, it’s time to trim the dead weight. Drop the booster rockets.

Even vagabonding travel — my beloved occupation, hobby, and excuse for going to a lot of beach parties — will run its course some day. Then it will be time to do something different. And I’ll have to find a new excuse to go roll around in the sand with strangers.

Remember the running part of Forrest Gump (that could/should have been cut) where Tom Hanks just stops running without warning, turns around, and says, “I’m pretty tired…I think I’ll go home now.” I think the day I stop traveling will go something along those lines. I also hope that I can grow a beard like his.

But don’t think for a moment that I’m going back to a real job. I hear that a permaculture mushroom farmer can make a damn good living in some places. As can lobster divers.

It’s not that I’m getting burned out on the packing, the constant moving, waking up in new beds, or any of that. Predictability is poisonous.

Simply put: It’s the abundance of goodbyes that really wear a man down to bones.

I have managed to make myself rich over the last seven years.

No, blogging doesn’t pay much. Neither does going to the pub.

Who says that being rich has to pertain only to how much cash I can throw in the air at any given time? I was lucky enough to interview millionaire Nik Halik and he set me straight on a few goals in life.

If you can wake up tomorrow not starving, with two legs that work, with no land mines to worry about, and no one is shooting at you…then baby, you’re a millionaire. You can compound your wealth by adding friends, family, love, wisdom, life experience, happiness, and time to do things that you love. Do that, and perhaps now you have something that even billionaires crave.

Seriously! This isn’t the 1800s. Or the 1960s. As intelligent creatures, you would think that we would have figured this out by now. Rich people aren’t happy. Why are we working so hard to join their dire ranks and to be bummed out too?

Even if I see someone wearing costly jewelry or driving a gorgeous car, there is a high probability — especially in America — that they are still paying for such items, maybe even struggling, to cover credit cards and the such. Shifting gears in that Audi is nice, but it can never equate to knowing that you don’t owe anyone on this planet a damn thing and that you are your own boss.

Unless you come from significant money, the chances of you changing wealth classes within your lifetime are astronomically bad. Sorry, but it’s true. Even if you start your own business, the government will suck you like a ravenous leech. If you create the next great widget destined for a late-night infomercial, there will be a lot of hands in the cookie jar before you even get it to market.

So relax. Life is as good as you allow it to be. Money isn’t real, but all the important stuff most definitely is.

Thank you for sticking with me for so many years. I love you all and hopefully we can hack this beautiful life to pieces on some exotic beach together one day. 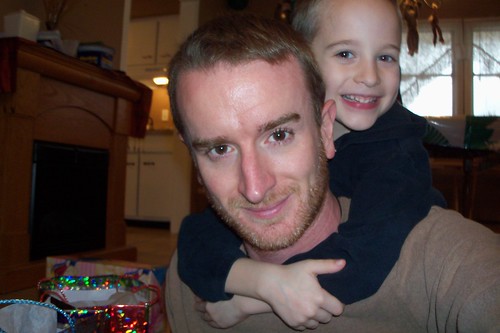 Happy nephew on back = millionaire

Previous Post: Backpacking Food in the Field: The Good
Next Up: Meeting People in Hostels: The 5 Types of Travelers