10 Years of Vagabonding: A New Adventure 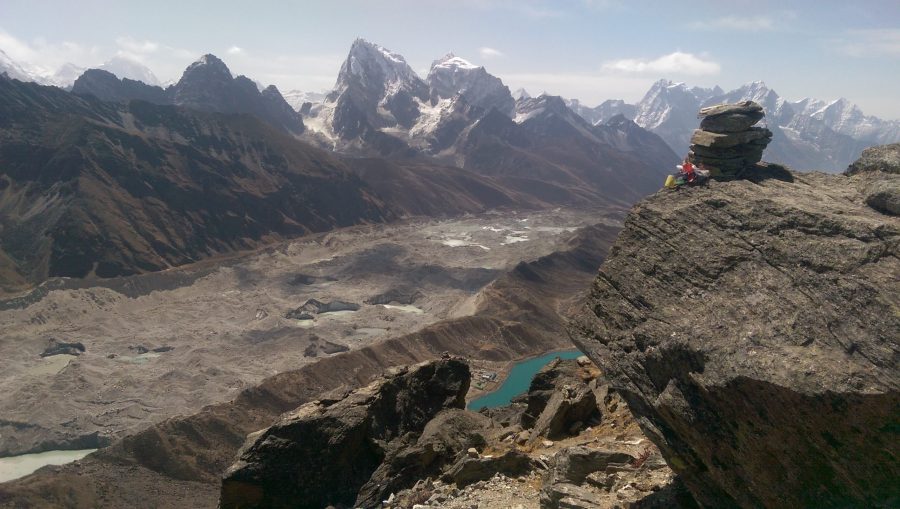 In five days, I will board a plane.

I’ll watch as altitude dissolves Kentucky’s green landscape beneath me; wispy clouds and a brown, checkered patchwork will appear. Four shuddering engines will conspire to turn loved ones from flesh and blood into contacts on an electronic list. Until California, I’ll just be one of those ice trails sliced anonymously through the March sky atop desert states.

After crashing on the floor of the international terminal in LAX amongst huddled brown families dreaming of home, we’ll cross the Pacific at nearly the speed of sound to hurdle the International Date Line. I leave on March 23 and arrive on March 25.

In a turbine-rumbling whirl of time zones, foil-covered food, Valium blackouts, and dinging seatbelt commands, I’ll be carried so far west that I’ll be East. We’ll stop to use a Taiwanese toilet in Taipei and then begin the last leg of a two-day journey.

When the door of that plane opens and humid air rushes inside, something interesting will happen.

Some places and countries welcome you easily and warmly, while others you’ve got to take to the mat in a fury of claws and biting until they finally agree to an uneasy truce.

I was just in Bangkok nine months ago before going to run with the bulls, so I assume that Thailand will recognize me as one of her own. Southeast Asia usually unhinges its jaw to swallow me easily enough. But this trip is different. More on that in a moment.

I lead two lives. At some point, usually when I’m using a shaking tray table to complete the Thai immigration forms on our approach, the transformation begins. My former world fades to a blurry, dreamlike memory and gives way to that other place I spend half my life in. The process is fairly painless once I relent and allow the new geography to take hold. Familiarity will seep in, and soon enough, it will feel as though I never left in the first place.

For every month away while vagabonding, it feels like three. Travel does strange things to one’s sense of time and space.

The Thai bamboo and scorpion venom in my veins will begin to tingle. The Indonesian coral in my ankle will twitch. Something will turn the light on in the closet of my head where adventures and close calls of the past are quietly stored. The gates will creak open and possibility floods in. Eyes widen; passion ignites; warm chi rushes to my hands. Buzzing and feedback commence as someone gives the volume dial a spin; all lean forward in anticipation of that first, heavy handed chord.

Out of the blue mist, that ethereal place I’ve dedicated the last 10 years of my life to sample, the Road, will begin to unfold. Its old buddy the Unknown strolls up with a grin, and that hooded comrade, the Edge, can be seen lurking in the distance.

We’re about to have one hell of a reunion.

Aside from a brief Bluegrass romp in Asheville, North Carolina, I’ve been home in Kentucky since completing #theYucatanExperiment in December. The yin cycle months were filled with love, family, friends, juiced vegetables, a memorable Snowpocalypse, and familiar things.

Yes, I broke a toe. Although I shouldn’t complain (I left the U.S. last year with a ruptured disc in my back), the bone has yet to set after four weeks despite enough taping to scare a mummy. Just like last year, I’m forging ahead with plans, but damn it, I hate breaking bones without a good story.

10 Years on the Road

In January, I quietly celebrated 10 years of vagabonding – ironically, with a hiatus from blogging. Maybe that’s why you won’t hear my name whispered in travel conference circles anytime soon. But then again, this mediocre blog and handful of other travel sites have kept me fed, watered, and adventuring on the road since January 2006.

Thank you for exposing your delicate eyeballs to these splintery tales!

Things have changed over that decade of vagabonding; the scum of stagnancy never had a chance to settle. I confirmed this by rereading my very first travel journal from 10 years ago. I may as well have been peeking inside a stranger’s intimate diary that somehow predicts my own future. Even the squiggly scratches I loosely refer to as handwriting are different now.

I’ve had a few people tell me how lucky I am, but that’s not true. Life isn’t some smoky casino filled with geriatric handle-pullers waiting on the ding! ding! ding! I didn’t “win” my current lifestyle. I jumped when the pan got hot, opened veins when ordered to bleed, broke legs when told to run, laughed and whimpered – often in the same day. I saved, sacrificed, stressed, loved, lost (Elin), drowned, soared, and crashed to do what I’m doing.

Some friends and readers have been with me since that first 25-cent plate of Bangkok pad thai back in 2006. Some have diverted on trips to meet up in Kentucky, California, Seattle, Asia, and Europe. Friends have hosted me and provided couches or free floors all over the world. A handful were generously crazy enough to make PayPal donations to keep me from selling redundant organs in Bangkok back-alleys. I’m delightfully blessed to have been entangled with extraordinary people in my life.

That beats having luck any day. Thank you!

The Biggest Adventure Yet 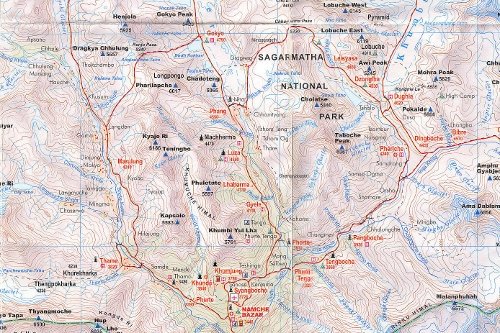 No, not Papua, but that one’s coming some year soon.

I’ll have a month to get up to speed in Thailand. Predictably, I’ll head to my second homes of Chiang Mai and Pai in the north of Thailand. I’ll probably destroy another motorbike in the mountains just for tradition’s sake. And it’s no accident that I’ll be there for my third Songkran, the biggest water fight in the world. But afterward, instead of fleeing to the embrace of Koh Lanta, my warm, island sweetheart, I’m going to do something cold, stupid, expensive, and physically exhausting:

I’m going to the Himalayas.

As John Muir once said, “The mountains are calling, and I must go.” He knew what he was talking about.

The new country this year will be Nepal – a mysterious place that’s been on my list since reading one too many books about the hippies in Kathmandu. Birthplace of Buddha, Mecca for mountaineers, it’s time to go get breath sucked away by the chilly, gray walls of the tallest mountains in the world. Not to mention the 55% oxygen levels at 5,500 meters (18,000 feet) – the highest elevation I’ll have ever climbed in.

I hate being cold. Give me coconuts and disease-filled mosquitoes any day. Having pants freeze to my body on the highest mountain in Virginia was a subtle reminder of my disdain for aching joints. And I’m sure I’ll be reminded over and over that flip-flops are the only civilized choice for footwear as my new beard frosts over during 21 solo days on a Himalayan trail.

Good thing I appreciate flip-flops so much: I’ll be treading snow in them if this broken toe doesn’t heal within the next month. But I’m afraid the madness has already set in. If I don’t go receive the good tidings, as Muir commanded, the Universe is going to begin hurling them.

What is it about the lure of mountains that we just can’t escape? Once mountain fever takes hold in the brain, it continues to spread until all other plans are consumed. Even the most idyllic white sand can’t scratch the itch. For better or worse, I’ve spent a fortune on gear. My bloated backpack isn’t quite sure what to think this year: it’s stuffed with survival goodies for two completely opposite climates.

The summit will be around 80 degrees Fahrenheit colder than what I left in Thailand two weeks earlier.

This won’t be an Everest Bast Camp or Annapurna trek; both are way too busy after bad seasons for the last two years. But my Everest National Park route will involve a summit, glacier, and ancient Bon temple that even predates Buddhism. I’ll be nearly three weeks on the trail solo.

Details to come, and fingers crossed that I’ll be able to put on hiking boots by then – they feel like dead weight in my pack.

Training for the biggest adventure of my career so far probably would have been a good idea, but I haven’t run voluntarily since an Army drill sergeant once wielded a vocabulary that could have made Cthulhu break down and cry. A cloud of profanity still hangs over Oklahoma somewhere from that little event.

No, running only seems like a good idea when something more beast than man is chasing me. And besides, this broken toe insisted that I watch documentaries about climbing mountains instead. 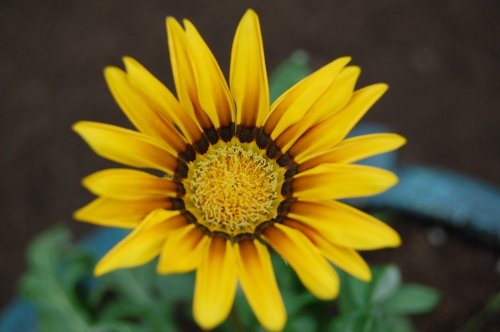 In a 1927 letter to his mother, Ernest Hemingway wrote, “...all I want is tranquility and a chance to write.”

I share the same sentiment. Ten years of burning, no matter how enjoyable the flame, take a toll. My heart jumps a little every time I see or hear of a tiny home/treehouse/camper/cabin/homestead. I imagine a place without suburban televisions vomiting grave news and political doom.

In contrast to the chaos of the road, the quiet life certainly holds an allure. I just want to grow veggies, grow a beard, raise chickens, fish, swim naked, practice kung fu, read books, write books, learn to play a bamboo flute, and generally be left alone to my own devices. Weren’t all the great warriors also scholars and hippies at heart? I learned to kill. Why not focus on kittens and sunflowers for a while?

This world is filled with beautiful things, and besides, it’s good to know if the brakes still work.

I can’t imagine a life without vagabonding, but a sunny place to thaw after the Himalayas is certainly in order. It’s time to dig in a little between spurts of running off into the night. The blessings continue to rain down, and I can’t wait to see what grows.

Previous Post: House Sitting in the Yucatan: Experiment Summary
Next Up: Songkran 2016 in Chiang Mai, Thailand